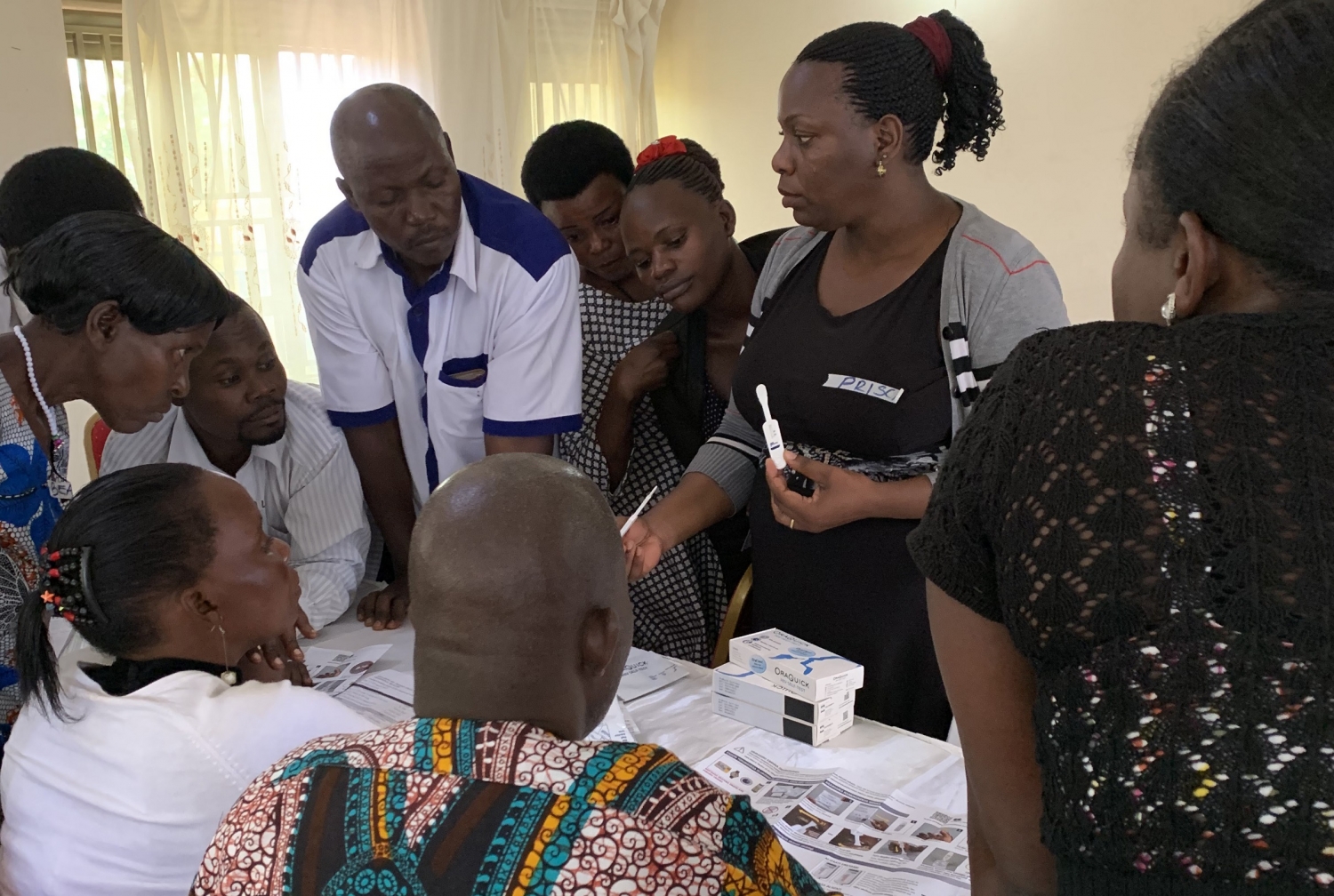 Collaborating with traditional healers to deliver point-of-care HIV tests to individuals in rural Uganda quadrupled testing rates compared with standard referrals to HIV clinics, according to a trial by Weill Cornell Medicine and Mbarara University of Science and Technology investigators. The healer-delivered HIV testing model has the potential to significantly improve the uptake of HIV testing among hard-to-reach populations in HIV-endemic regions of sub-Saharan Africa, as well as improve rates of linkage to HIV care.

The study, published Oct. 19 in The Lancet Global Health, showed 100 percent testing uptake among 250 participants in the traditional healer-delivered HIV testing group compared with only 23 percent among 250 participants in the referral group. Ten individuals in the intervention group tested positive for the virus, and seven of them followed up and started antiretroviral treatment within 90 days. No new HIV cases were identified in the referral group.

The prevalence of HIV in Uganda is close to 6 percent overall, with rates of nearly 8 percent in the southwestern region. Testing, counseling and early treatment are essential to controlling the epidemic. However, despite international efforts to increase testing rates through mobile clinic outreach, home visits by healthcare workers and community distribution of self-testing kits, testing rates remain low. For example, though the Ugandan Ministry of Health recommends yearly testing, studies show that in rural regions of Uganda about 80 percent of sexually active men had not received an HIV test in the past 12 months.

“Previous methods of delivering HIV testing into communities have depended on creating new delivery pathways that are logistically complex, expensive and difficult to maintain,” said primary investigator Dr. Radhika Sundararajan, an assistant professor of emergency medicine in the Department of Emergency Medicine and faculty member of the Center for Global Health at Weill Cornell Medicine. “Having traditional healers deliver point-of-care HIV tests directly to patients was successful in part because it reflected patients’ preferences to be cared for by healers over clinics.”

Many people in rural sub-Saharan communities use traditional healers for healthcare more often than medical clinics. Ugandan healers include four distinct specialists: herbalists, spiritualists, birth attendants and bonesetters. But research by others has found that relying on healers to refer individuals to clinics for HIV tests has been ineffective.

For their cluster-randomized trial, the team recruited 17 traditional healers from all four specialties from Mbarara Township, a rural, agricultural region in southwestern Uganda. Healers were randomized to provide either oral swab HIV tests or referrals to medical clinics for HIV testing.

Collaborating researcher Dr. Denis Nansera, a Ugandan infectious disease physician and clinical director of the Mbarara District HIV Clinic, delivered a one-day educational session to healers from both groups, providing them with information on HIV transmission, symptoms, prevention, the importance of treatment and the Ugandan Ministry of Health HIV testing guidelines. The following day, intervention group healers were invited back to learn how to safely administer the oral swab HIV tests and provide post-test counseling to their clients.

In exit interviews, participants in the healer-delivered testing group said traditional healers were more trustworthy, confidential and easier to access than clinics. Barriers to testing uptake reported by the referral group included eight- to ten-hour wait times at medical clinics, no access to transportation, high transportation costs and fear of testing positive.

“This is global health at its finest: physicians who understand how to diagnose and treat HIV working hand-in-hand with traditional healers who understand the community to provide equitable access to health care for all,” said co-author Dr. Daniel Fitzgerald, director of the Center for Global Health and a professor of medicine and of medicine in microbiology and immunology at Weill Cornell Medicine.

“It is incredibly rewarding to see patients coming to clinics for life saving treatment,” said Dr. Sundararajan. “Getting more people tested is the starting point for identifying people who need to be linked to effective treatment and HIV care.”