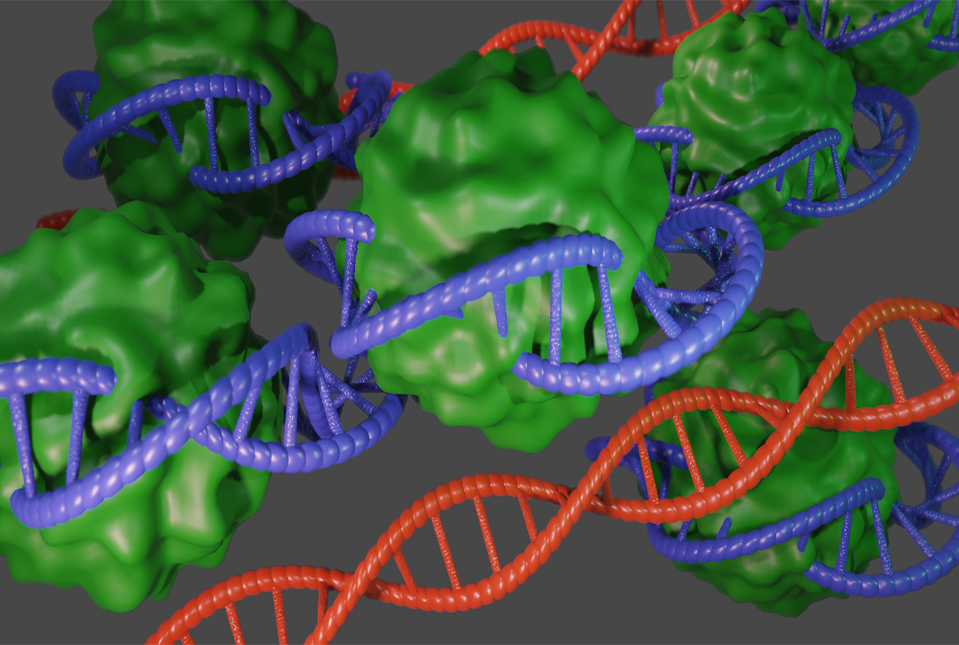 A team co-led by scientists at Weill Cornell Medicine has revealed in detail how the most common primary eye cancer in adults, uveal melanoma (UM), can progress from a slow-growing, “indolent” state to a lethal metastasizing state. The discovery is a significant advance in fundamental cancer research that also suggests new strategies for treatment.

The scientists, whose study is published Sept. 13 in Nature Communications, examined thousands of individual UM cells from patients, using advanced methods to record and analyze gene activity in each cell. They showed that these melanomas move toward a metastatic state when they lose the function of a molecular machine in cells called Polycomb Repressive Complex 1 (PRC1). This multi-protein machine normally works in the cell nucleus as an important “epigenetic” controller of DNA folding and gene activity. The scientists detailed how PRC1’s loss leads to aberrant gene activity and errors in chromosome segregation during cell division, thereby enhancing the metastatic potential of tumors.

“The discovery of these key steps in uveal melanoma progression gives us an opportunity to target them with therapies to suppress tumor evolution toward metastasis,” said study co-senior author Dr. Ashley Laughney, assistant professor of physiology and biophysics and a member of the Sandra and Edward Meyer Cancer Center at Weill Cornell Medicine. “It also represents a significant conceptual advance in cancer research, because it shows how epigenetic alterations can lead to chromosomal instability and metastasis.”

UM originates in the uvea, the vascular layer of the eye, which also includes the pigmented cells of the iris. Risk factors include light skin and blue or green eyes. This cancer is relatively rare, with an estimated 2,500 cases per year in the United States, and the primary uveal tumor often can be destroyed with radiation treatment. However, in roughly half of patients, metastatic tumors — apparently from cells that split off from the primary tumor before treatment – can develop many years later, usually in the liver, and tend to be swiftly fatal. Dr. Laughney and her colleagues sought to answer the crucial question: why do these highly lethal metastases occur in some UM patients but not others?

The scientists’ analyzed the gene expression of 17,074 individual cells from the eyes of six patients with uveal melanoma. It indicated that loss of the epigenetic regulator, PRC1, in uveal melanoma cells was strongly associated with features that characterize lethal tumors. By experimentally inhibiting PRC1 in the laboratory, the authors were able to transform the indolent uveal melanoma cells into the more metastatic subtype. The researchers showed how the loss of this crucial epigenetic regulator leads to changes in gene expression and errors in chromosome segregation during cell division; a feature of aggressive, metastatic cancers called chromosomal instability. Chromosomal instability results in leakage of DNA fragments from the cell nucleus into the main part of the cell, and causes an inflammatory response that the authors’ have previously shown can drive metastasis.

Up to now it has seemed possible that the more indolent UM tumors and the metastatic ones are two different subtypes of uveal melanoma, with separate origins and fates. The new findings undercut that possibility.

“Our results suggest that UM tumors are usually a mix of different tumor cells that can span a continuum from indolent to aggressive, evolving metastatic traits,” said study first author Dr. Mathieu Bakhoum, who is an assistant professor of Ophthalmology at Yale University School of Medicine.

The findings also call into question the current clinical use of diagnostic tests that assess the tumor in bulk, to gauge whether UMs are low-risk or high-risk.

“We think that clinical prognostication of an inherently mixed set of tumor cells will be biased by detection of the most common tumor cell subpopulation and could miss cells with high-risk features,” Dr. Laughney said.

The researchers hope to develop a better test, based on their new findings, to gauge the metastatic potential of patients’ uveal melanomas. They also are researching ways to target the PRC1-loss-to-inflammation pathway with future drugs—which in principle could prevent or greatly delay metastasis in uveal melanomas, rendering this type of cancer much less lethal than it currently is.

The other co-senior authors on the study were Dr. Paul Mischel of Stanford University School of Medicine and Dr. Samuel Bakhoum of Memorial Sloan Kettering Cancer Center.