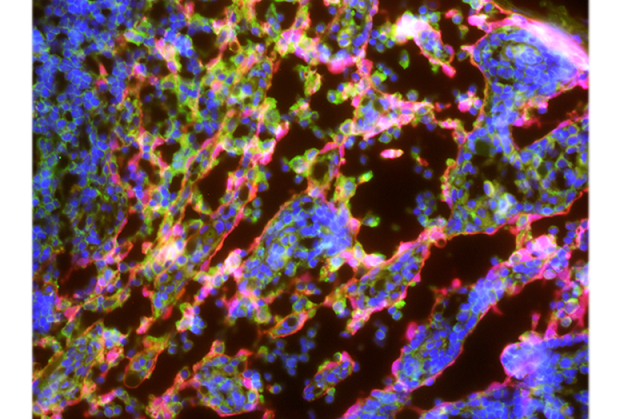 A powerful immune-suppressing molecule produced by the body may hold the key to better treatments for autoimmune and inflammatory diseases, as well as for some cancers, according to a study by researchers at Weill Cornell Medicine and the University of Perugia.

In the study, published July 21 in Nature Communications, the researchers described the properties of the newly discovered molecule, called 3-HKA. They showed that in immune cells called dendritic cells 3-HKA is produced from the amino acid tryptophan and can protect against inflammation in animal models of the skin disorder psoriasis and a degenerative kidney condition called nephrotoxic nephritis.

“Right now, there is an acute need for new ways to treat autoimmune and inflammatory diseases, and we are very excited by the possibilities opened up by the discovery of this potent molecule,” said study co-senior author Dr. Laura Santambrogio, who is professor of radiation oncology and of physiology and biophysics and associate director for precision immunology at the Caryl and Israel Englander Institute for Precision Medicine at Weill Cornell Medicine.

Dr. Ursula Grohmann, a professor in the Department of Medicine and Surgery at the University of Perugia, co-led the study.

Autoimmune and inflammatory diseases, which include rheumatoid arthritis, lupus, multiple sclerosis, psoriasis and inflammatory bowel diseases, affect tens of millions of people in the United States, and hundreds of millions globally. Treatment is still largely centered around older drugs, including corticosteroids such as prednisone and dexamethasone, which were developed in the 1950s and have significant side effects. Newer monoclonal antibody-based treatments, which target specific immune signaling pathways, can be highly effective in many cases, but must be injected, and often lose their effectiveness over time as patients develop immune responses that block the therapeutic antibodies. The ideal treatment would be one that works with minimal side effects and can be taken in pill form.

The new study arose from an investigation of tryptophan, a diet-derived molecule that is one of the amino-acid building blocks of proteins. Tryptophan also serves as a starting compound for the synthesis within cells of other biological molecules such as the neurotransmitter serotonin and the hormone melatonin.

About fifteen years ago, scientists discovered that in some instances tryptophan is converted into a set of immune-suppressing molecules called kynurenines. The molecules are secreted by immune cells called antigen-presenting cells in certain inflammatory conditions, apparently to help rein in excess immune activity. The new study was set up to find a kynurenine that would have powerful immune-suppressing properties and would also have drug-like features—making it suitable for development into a pill-based pharmaceutical. Ultimately this search led to the discovery of 3-HKA.

The researchers found in initial lab-dish experiments with mouse and human dendritic cells that 3-HKA inhibits a major inflammatory pathway called the STAT1/NF-κB pathway, thereby reducing the levels of key inflammatory signaling molecules including tumor necrosis factor and IL-6. The scientists then tested 3-HKA in mice, finding a similar broad inhibition of inflammatory pathways and substantial protection of the animals from two different inflammatory conditions, psoriasis and nephrotoxic nephritis.

“It was really amazing to us that a previously undiscovered metabolite of tryptophan would have such powerful immune-suppressing effects,” said first author Dr. Cristina Clement, a biochemist and research assistant professor in the Department of Radiation Oncology.

The researchers also found that 3-HKA is produced abundantly, compared with other tryptophan-derived molecules, in human and mouse breast and lung cancer cells—suggesting that some tumors switch on production of this immune suppressor to evade anti-tumor immune responses and thereby ensure their own survival.

Dr. Santambrogio, who has submitted a patent application related to 3-HKA, and Dr. Clement and their colleagues are now performing further tests on the molecule and are hoping to develop compounds that can quench inflammation much as 3-HKA does, while having better drug-like properties—such as persisting longer in the bloodstream—than the natural molecule.

In principle, the researchers say, drugs of this nature could serve as new treatments for a variety of autoimmune and inflammatory disorders, while drugs that inhibit 3-HKA might be useful in unshackling the immune system against many cancers.