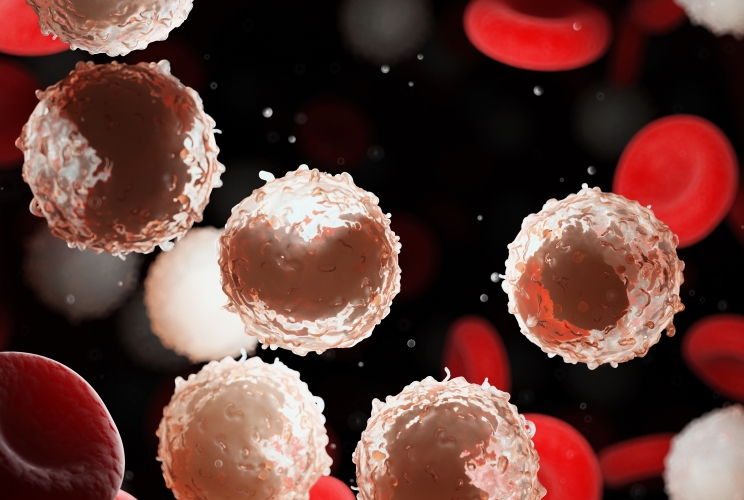 Scientists have made major advances in understanding and developing treatments for many cancers by identifying genetic mutations that drive the disease. Now a team led by researchers at Weill Cornell Medicine, NewYork-Presbyterian and the New York Genome Center (NYGC) has developed a machine learning technique for detecting other modifications to DNA that have a similar effect.

The study, published May 10 in Cancer Discovery, a journal of the American Association for Cancer Research, focuses on a type of chemical modification to DNA, called methylation, that typically silences nearby genes. The new technique can analyze the thousands of DNA methylation changes detected in tumor cells and infer which ones are likely driving tumor growth.

Methylation is an “epigenetic” process that normally regulates gene activity across the genome by altering the structure of DNA without changing the information contained in the genes. Occasionally, though, excessive methylation, called hypermethylation, occurs near a tumor suppressor gene, silencing the gene and helping to trigger or drive the runaway cell division of cancer.

“If we can profile a large number of tumors with techniques like this, we can map the epigenetic changes that are contributing to tumor growth in certain cancers,” said senior author Dr. Dan Landau, an associate professor of medicine in the Division of Hematology and Medical Oncology and a member of the Sandra and Edward Meyer Cancer Center at Weill Cornell Medicine. “Then we can use that information to improve our understanding of cancer origins, as well as to optimize treatments for individual patients.”

The challenge addressed by the new technique is similar to the one cancer researchers have faced regarding DNA mutations--how to distinguish “driver” mutations from more abundant “passenger” mutations that have no effect on cancer. Though there are now sophisticated methods for making the distinction among genetic mutations, techniques for distinguishing driver methylation changes from passenger methylation changes have not been nearly as sophisticated, said Dr. Landau, who is also a core member of the NYGC and an oncologist at NewYork-Presbyterian/Weill Cornell Medical Center.

The new algorithm developed by Dr. Landau’s team is called MethSig. It uses available information, such as the background rate of methylation in a particular area of the genome, to estimate when a given methylation change is likely to be a cancer driver.

The researchers applied the algorithm to DNA methylation maps from different tumor types and found that it inferred a small number of cancer-driver events—a median of a dozen or so, in each tumor—compared to thousands of passenger methylation changes. The patterns of inferred driver methylation were consistent across patients and tumor types, as well as other statistical features suggesting the algorithm’s non-incremental increase in performance compared to existing methods.

The team further validated several of the most strongly inferred DNA methylation cancer drivers by knocking out the affected gene in chronic lymphocytic leukemia (CLL) cells, and showing that the gene’s absence enhanced cell growth when the cells were untreated, and also in the presence of some standard CLL treatments. Overall, the researchers concluded that their algorithm detects likely cancer-driving methylation changes much more sensitively and selectively than current methods.

In a demonstration of the algorithm’s potential for improving cancer prognosis and treatment, the researchers applied MethSig to another set of CLL samples and used its inferences to predict the aggressiveness of individual patients’ cancers.

“The classifier we developed using MethSig produced estimated risks for each patient, and we found that patients with higher estimated risks were more likely to have had worse outcomes,” said first author Dr. Heng Pan, a senior research associate in the HRH Prince Alwaleed Bin Talal Bin Abdulaziz Al‐Saud Institute for Computational Biomedicine at Weill Cornell Medicine, who performed most of the experiments in the study.

The researchers plan to continue using and improving the MethSig algorithm with more cancer datasets and more comprehensive genomic information.

“Ultimately we envision being able to map the entire landscape of cancer-driving DNA methylation changes, for different tumor types and in the contexts of different treatments, so that we can expand the scope of precision medicine beyond genetics to include also the critical dimension of epigenetic changes in cancer ” Dr. Landau said.