Investigators Find New Cause of Inherited Predisposition to Blood Clots 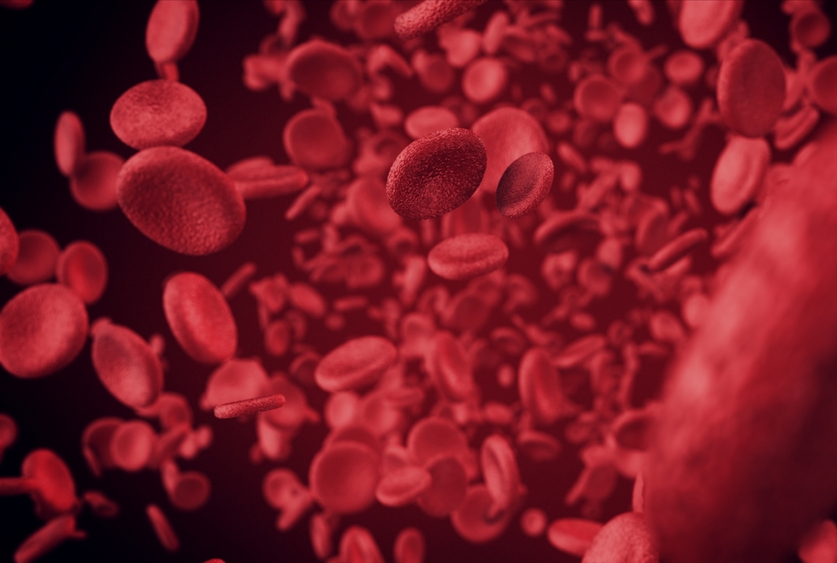 Low levels of a clot-busting protein may explain why some people are at higher risk of blood-clotting disorders, according to a new study by Weill Cornell Medicine and NewYork-Presbyterian investigators. Their discovery suggests possibilities for developing screening methods and novel treatments for those at risk of developing them.

The type of blood clots examined in this study, called venous thromboembolisms (VTEs), occur in major veins. The research, published April 22 in Blood, focused on the role of a protein called annexin A2 in the formation of VTEs. Studies in mice have suggested that when annexin A2 is eliminated, the animals are more susceptible to clots.

“VTEs and other blood clots are responsible for between 60,000 and 100,000 deaths in the United States every year,” said senior author Dr. Katherine Hajjar, vice chair for research in the Department of Pediatrics and the Brine Family Professor of Cell and Developmental Biology at Weill Cornell Medicine. “Also, when clots form in arteries, they cut off the blood supply to the tissues, which can lead to severe damage.” Clots that form in large veins, often in the legs, also can break off and travel to the lungs, a condition called pulmonary embolism.

Several risk factors are linked to VTEs and other types of blood clots. They include injuries, immobility (such as when someone is confined to bed for a long time), certain medications and obesity. There is also a strong hereditary component. Five different inherited genetic disorders have been linked to excessive clotting. The most common one is called Factor V Leiden, which affects a protein that modulates clot formation after an injury. But in about two-thirds of people who have a family history of clotting, the hereditary causes are not known.

For the study, much which was performed by Drs. Hannah Fassel, Huigen Chen, and Mary Ruisi, who were fellows in Dr. Hajjar’s laboratory, the investigators analyzed blood samples collected from 115 patients who had been treated for VTE in the thrombosis clinic run by Dr. Maria DeSancho, professor of clinical medicine and service chief of the Benign Hematology Service in the Division of Hematology and Medical Oncology at Weill Cornell Medicine and a hematologist NewYork-Presbyterian/Weill Cornell Medical Center. They also examined 87 healthy controls for comparison. About half of the VTE patients had a family history of clotting disorders and half did not. “We were particularly interested in the cases for which there was a family history but no identified genetic cause to explain why these patients developed blood clots,” said Dr. Hajjar, who is also a pediatric hematologist at NewYork-Presbyterian/Weill Cornell Medical Center.

The blood samples were analyzed for changes in a number of different genes and proteins. The researchers found that among the patients who had a family history of clotting but didn’t have genes for any known hereditary disorders, about 55% had low levels of annexin A2.

Because most people who have had VTEs are at risk for developing them again, developing better ways to prevent them in high-risk populations is an important goal. “It’s possible that based on this research we could create a new diagnostic test that would identify who is at greatest risk of developing clots,” said Dr. Hajjar, who also serves as senior associate dean for faculty. She explained that blood thinners, the current treatment for people known to be at risk for clotting disorders, carry several risks, including causing excessive bleeding, and for that reason better therapies are needed.

“For those with annexin A2 defects, there might be new ways of treating them—either by giving them something to increase the production of annexin A2 or giving them the compound directly,” said Dr. Hajjar.