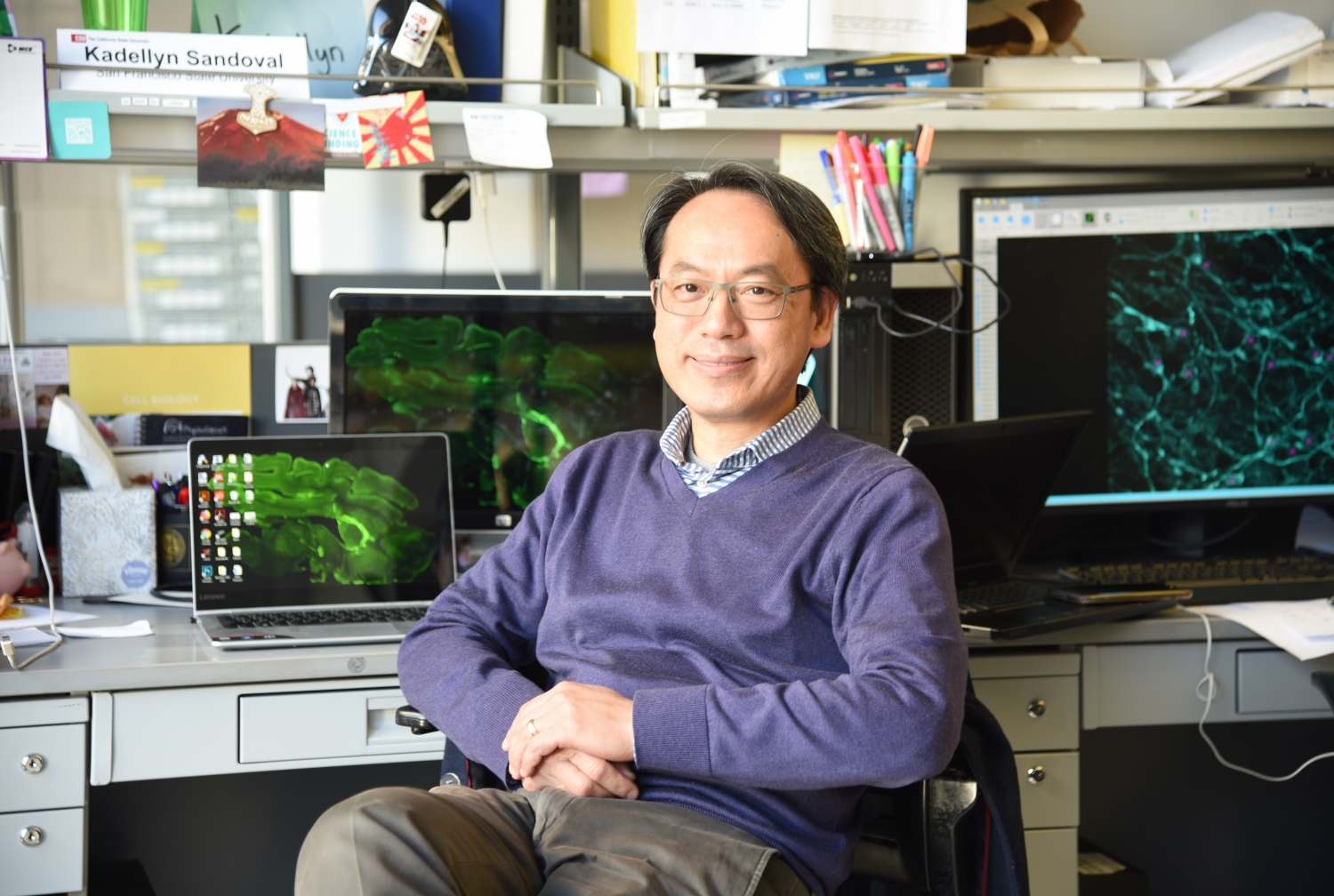 The Weill Cornell Graduate School of Medical Sciences has been recognizing alumni with this award since 1997 in honor of their outstanding contributions to biomedical research in education, focusing on science and scholarship, leadership, mentoring and teaching, and service to society. Dr. Huang will receive the award May 20 at Weill Cornell Medicine’s virtual commencement ceremony.

“This was a complete surprise,” Dr. Huang said. “There are many deserving candidates, so I am very honored and humbled.”

Born and raised in Taiwan, Dr. Huang received his medical degree from National Taiwan University and then served in the Taiwanese army for two years before moving to the United States to pursue a doctorate in molecular biology.

“I consider myself extremely lucky to be accepted by the Weill Cornell Graduate School to do my Ph.D. I always wanted to have a research career, so this was a dream come true,” Dr. Huang said, adding that he had never left Taiwan before arriving in New York City for the doctorate program. “The whole scenery was so surreal when I walked out of the airport. I felt like I was born again.”

Dr. Huang conducted his thesis work under the guidance of Dr. Peter Besmer at Memorial Sloan Kettering Cancer Center. His focus was on the cloning, mapping and characterizing of the mouse c-kit ligand, a protein also known as Stem Cell Factor (SCF) or Steel factor, which they learned plays an important role in the formation of blood cells or hematopoiesis.

“We attacked this puzzle in the mouse genetics field that nobody was able to solve for 30 years,” Dr. Huang said. “So, it was a summer of a lot of work and dedication, but the outcome was really rewarding.”

For his research, Dr. Huang received the Frank Lappin Horsfall, Jr. Fellowship at Memorial Sloan Kettering Cancer Center in 1990 and the Vincent du Vigneaud Award of Excellence at Weill Cornell Medicine in 1991.

“It was all because I had great mentorship,” he said. “Dr. Besmer was the best mentor one could ask for.”

Dr. Huang went on to complete his postdoctoral training at UCSF and has since remained on its faculty. His research, which bridges the gap between neurobiology and neuropathology, has made fundamental contributions to the understanding of the mechanisms that control neuronal survival and cell death, as well as of the molecular mechanisms of neurodegenerative diseases, such as frontotemporal dementia (FTD) and amyotrophic lateral sclerosis (ALS).

Dr. Huang is a recipient of numerous other awards, including the Presidential Early Career Award for Scientists and Engineers, the Independent Scientist Award from the National Institute of Neurological Disorders and Stroke, and the Senior Clinician Scientist Investigator Award from the United States Department of Veterans Affairs.

Dr. Kornelia Polyak, Ph.D. ’95, the 2020 Weill Cornell Graduate School Alumni Award of Distinction honoree, will also be recognized at the ceremony on May 20.