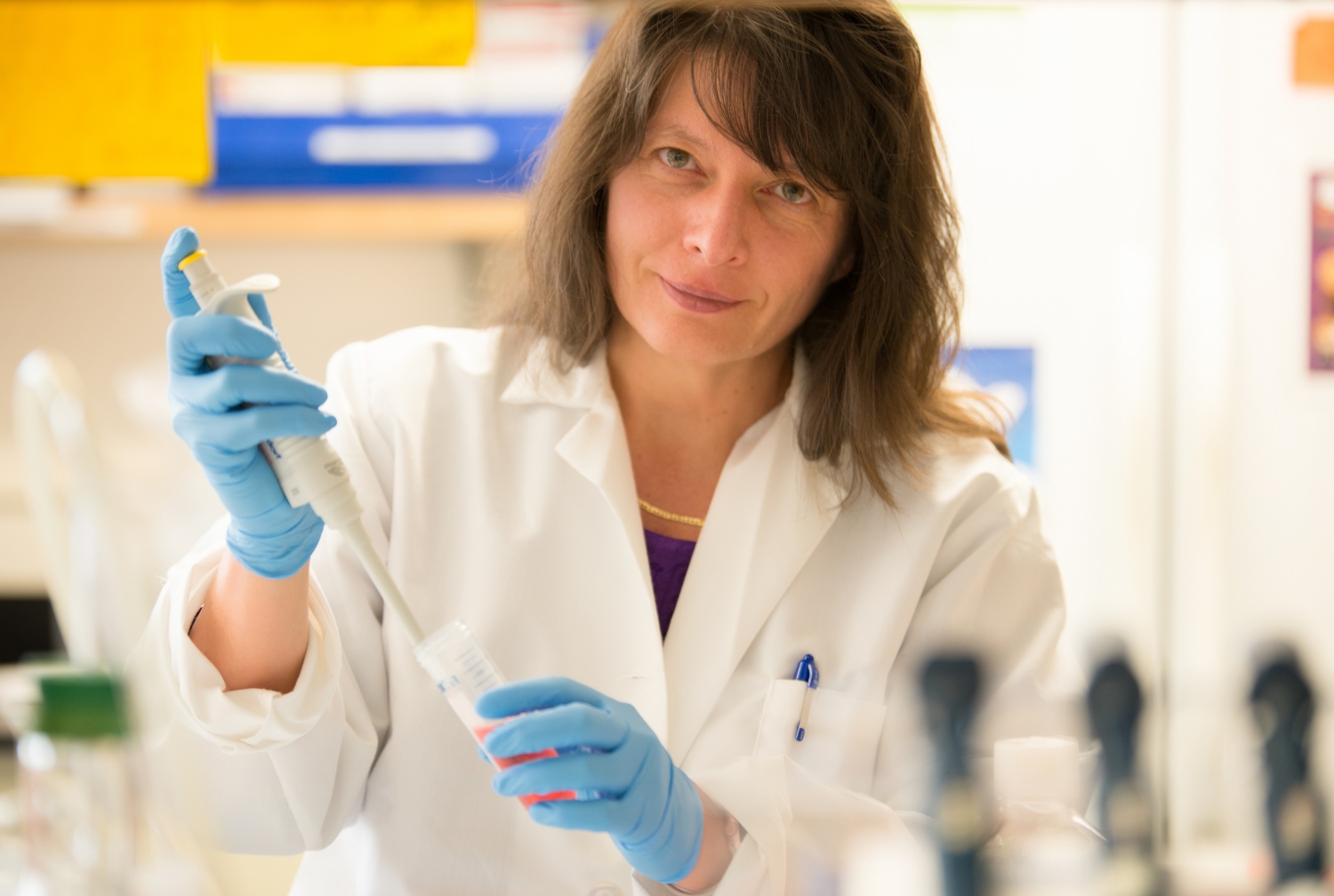 Dr. Kornelia Polyak, Ph.D. ’95, a professor of medicine at the Dana-Farber Cancer Institute and Harvard Medical School, has been awarded the Weill Cornell Graduate School Alumni Award of Distinction.

Graduate school alumni have been recognized with this award since 1997 for their outstanding contributions to biomedical research in education, focusing on science and scholarship, leadership, mentoring and teaching, and service to society.

“I’m very honored to be selected,” said Dr. Polyak, an internationally recognized leader in breast cancer research. “I had an amazing graduate career, being in such an intellectually stimulating environment.”

After earning her medical degree from the Albert Szent-Györgyi Medical University in Hungary, Dr. Polyak moved to the United States to pursue a doctorate in cell biology and genetics from Weill Cornell Graduate School of Medical Sciences. She did her thesis work under the guidance of Dr. Joan Massagué at Memorial Sloan Kettering Cancer Center, focusing on regulation of cell proliferation by TGFb and cyclin-dependent kinase inhibitors.

“That was a really exciting time. Almost every month there was a new discovery,” she said. “I think that’s what made me hooked on research.”

She went on to complete her postdoctoral training at the Sidney Kimmel Comprehensive Cancer Center at Johns Hopkins University and joined Dana-Farber and Harvard in 1998.

Dr. Polyak’s research has contributed to understanding breast cancer risk and improving the clinical management of breast cancer patients. Her lab has developed new interdisciplinary approaches to study how tumors evolve. She has also achieved success with the clinical translation of her lab’s findings, including the discovery that inhibitors of two proteins, JAK2 and BET, might be effective for treating triple-negative breast cancer.

“In the last 5-10 years, there has been an explosion of technologies that allow us to look at tumors at such depth,” she said.

She will receive the alumni award May 28 at Weill Cornell Medicine’s virtual commencement ceremony.