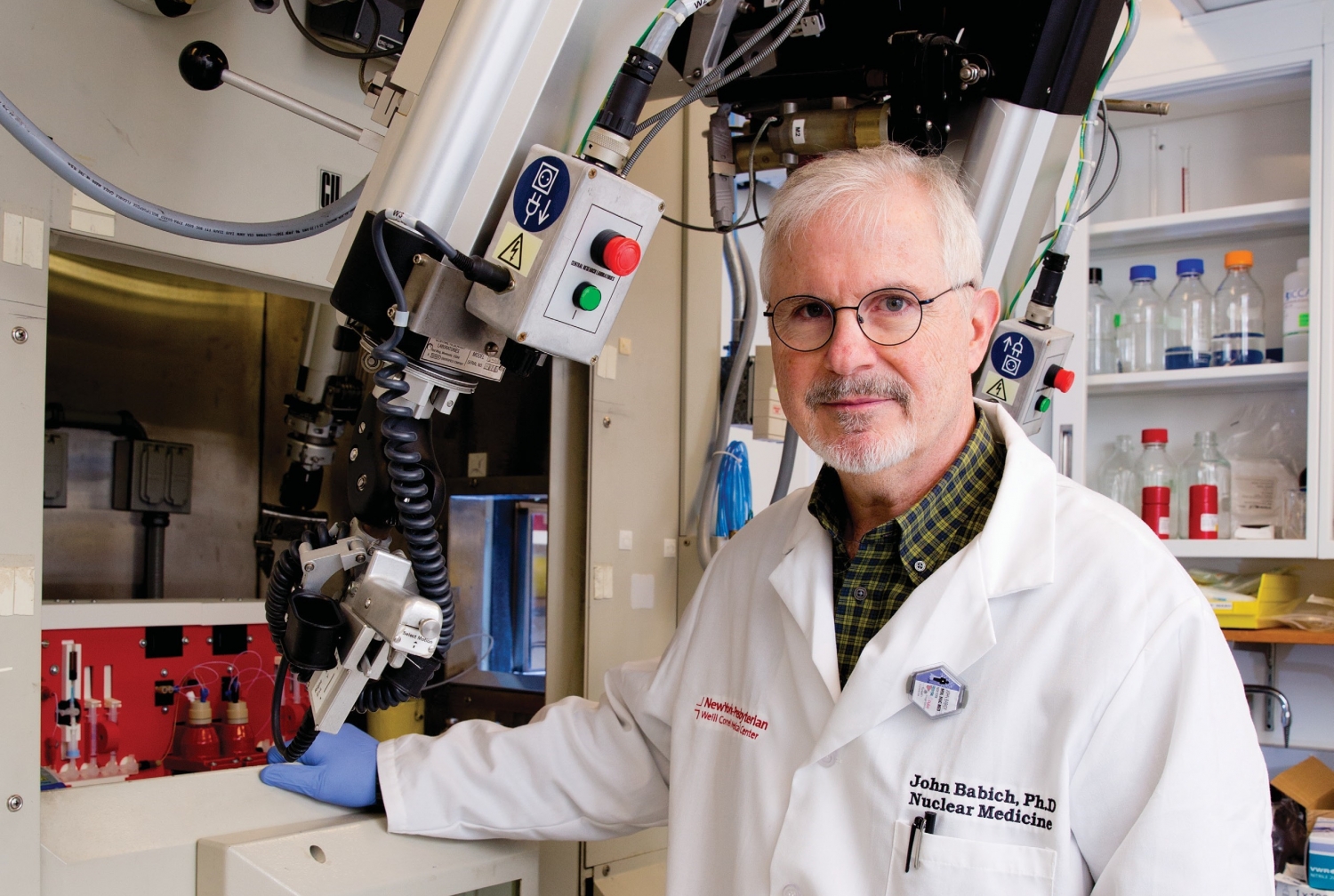 Medicines that contain radioactive isotopes—known as radiopharmaceuticals—are used to treat cancer and to help physicians diagnose a wide variety of conditions through imaging. But while radiopharmaceuticals are a standard and invaluable medical tool in the field of nuclear medicine, synthesizing them can be challenging. They must be prepared immediately before use,  and exposure to their radiation poses a danger to the people who manufacture them. Due to these logistical barriers, many specialized radiopharmaceuticals are out of reach of all but the largest hospitals.

Now, however, a team of Weill Cornell Medicine researchers has found a simple solution that has the potential to make specialized radiopharmaceuticals more accessible: using 3D printing to build the machines—known as automated synthesis units (ASUs)—that manufacture them. It’s a development that could reduce the cost of specialized radiopharmaceuticals by orders of magnitude, making them accessible to many more clinicians and patients worldwide.

Current commercial ASUs are large and heavy, costing as much as $250,000. Dr. John Babich, chief of radiopharmaceutical sciences in radiology and a member of Weill Cornell Medicine’s Molecular Imaging Innovations Institute (MI3), likens them to high-end sports cars. A plastic, 3D-printed machine, on the other hand, is more like a Smart car: small, lightweight and inexpensive, but still perfectly useful. “If we just need to get to work, we don’t need a Mercedes-Benz,” says Dr. Babich, who worked on the 3D printing project with colleagues Dr. James Kelly, assistant professor of radiopharmaceutical sciences in radiology, and Dr. Alejandro Amor-Coarasa, a former Weill Cornell Medicine postdoc who’s now on the faculty at Albert Einstein College of Medicine.

Radiopharmaceuticals are injected into a patient’s body and taken up by target cells in the heart, kidneys, or other organs and systems, where they emit radiation that can attack or highlight tumors, diseases or infections. Patients receive small enough doses that the radiation does them no harm, but because radioactivity deteriorates over time, radiopharmaceuticals must be made shortly before administration. Generally, a chemist will perform the necessary reactions at a lab bench, protected by a lead shield. But preparing some compounds—notably those used in the common form of medical imaging known as positron emission tomography, or PET scanning—involve reactions that can be cumbersome to perform manually given the need for appropriate lead shielding.

First developed about 20 years ago, ASUs use robotic technology to perform these reactions, which allows for better protection of human workers. But because the machines are so expensive, they’re still not widely available, and even the priciest ones have a narrow range of capabilities; most existing units make only one commonly used radiopharmaceutical, a radioactive version of the sugar glucose that is taken up by cancer cells and used in imaging tumors.

Dr. Babich and his colleagues use many different radiopharmaceuticals in research, and they recently set out to see whether they could make smaller, cheaper ASUs to create them. The three began by designing machines using drafting software, then headed to the 3D Printing Core Facility in the Clinical and Translational Science Center (CTSC) at Weill Cornell Medicine. First, they printed a simple, toaster-sized plastic box, outfitted with off-the-shelf electronics, that synthesized carbon-11 labeled fatty acids—radiopharmaceuticals that include a radioactive form of carbon, which are commonly used to observe the heart as well as cancer cells.

After proving that it could be done, the team moved on to increasingly complex devices, eventually printing heat-resistant components in porcelain. Their second 3D-printed ASU synthesized a radioactive compound used to diagnose prostate cancer, and the next was designed to create different compounds that incorporate gallium-68, another radiopharmaceutical used in cancer detection. In addition to being cheaper to build than commercially available ASUs, the gallium-68 machine cut the time needed to synthesize a dose from 15 minutes to five.

Drs. Babich, Kelly and Amor-Coarasa published their work—which was funded in part by the CTSC through a cooperative agreement awarded by the National Center for Advancing Translational Sciences—in Science Advances in fall 2019; as the paper noted, yields and purity levels for their machines were generally comparable to manual synthesis and better than commercial units. While some of their ASUs are already being put to use in Dr. Babich’s lab for research purposes, the team is also exploring how its devices can be widely produced to benefit patients. Colleagues at conferences have expressed interest, Dr. Babich says, and the Weill Cornell Medicine team is considering starting a company to produce their simple and affordable ASUs.

While advanced nuclear medicine is currently limited to major medical centers in only the wealthiest countries, the team’s technology—which allows the machines to be built at a cost ranging from $1,200 to $7,000—could potentially make more radiopharmaceuticals available in the developing world, as well as in smaller regional hospitals in the United States and Europe.

“We’re hoping that this allows nuclear medicine technology to spread to places that would otherwise be hampered by cost alone,” Dr. Babich says. “A lot of physicians can’t do the things we do at Weill Cornell, but they still have patients who are ill. If there were a way for them to get this technology, they’d love to do it. They just need a way to make it happen.”

Dr. John Babich is the founder, with an equity stock interest, of Noria Therapeutics Inc., a radiotherapy company developing targeted therapeutic and imaging  radiopharmaceuticals  (alpha-emitting)  for  use in oncology. He is the inventor of various patents that have been licensed to Noria. He also has an equity stock interest in Ground Fluor Pharmaceuticals, Inc., a biomedical company developing proprietary new chemistry for the synthesis of pharmaceutical compounds for positron emitting tomography (PET) imaging.