Tumor Microenvironment Seen as a New Player in Aggressive Lymphomas 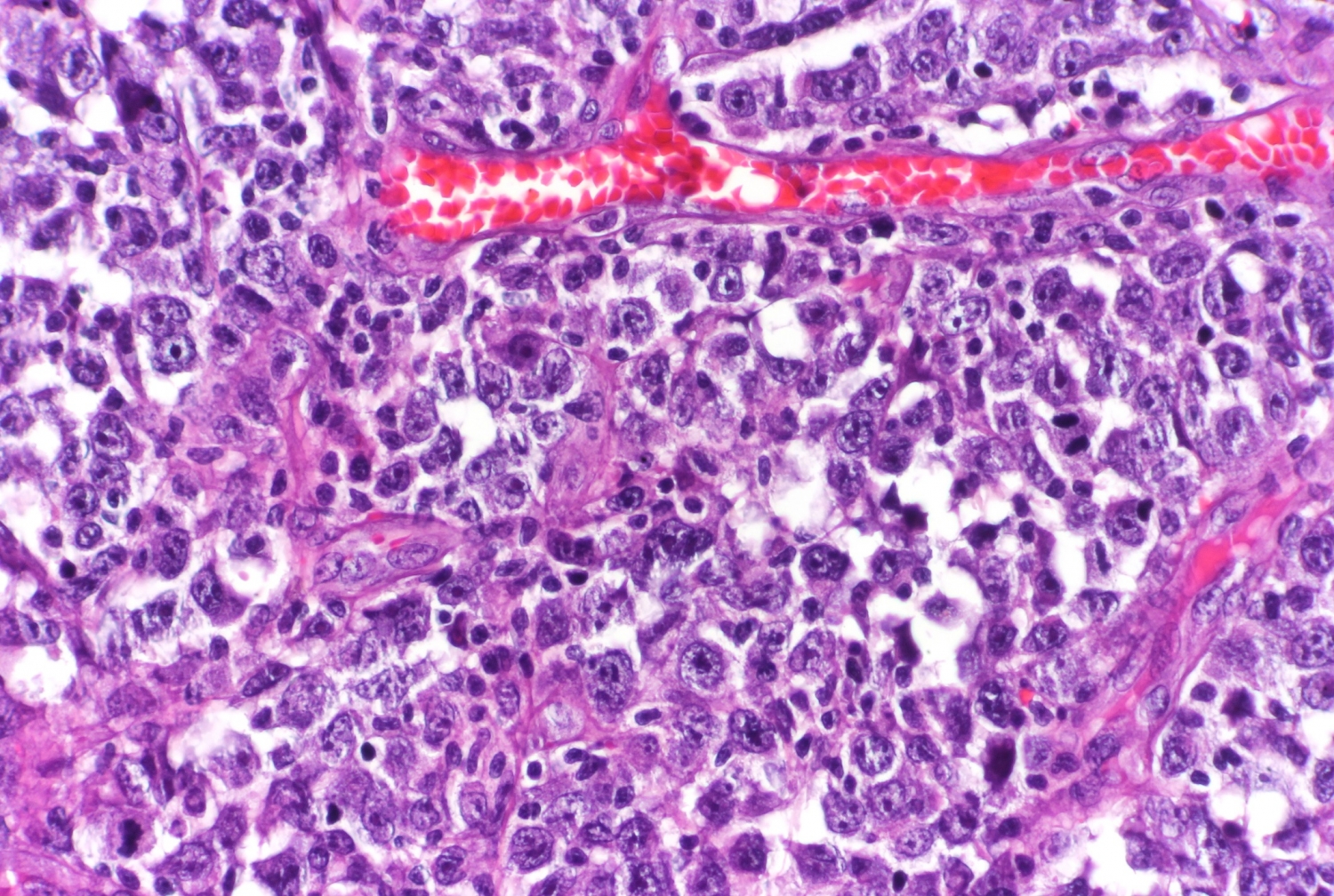 The environment surrounding the cancerous cells of a lymphoma tumor has a strong influence on the progression of these blood-cell cancers and their responses to therapies, according to a study by Weill Cornell Medicine investigators. Measuring this molecular and cellular environment, or “microenvironment,” may represent a new type of precision-medicine approach to lymphoma classification and treatment.

The researchers, who reported their findings Feb. 4 in Cancer Discovery, a journal of the American Association for Cancer Research, analyzed the patterns of gene activity in tumor samples taken from the lymph nodes of thousands of lymphoma patients. They found that the cells within these tumors, which include both cancer cells and healthy cells, produce molecules that collectively constitute a distinct microenvironment for the tumors, influencing their biology and growth. The scientists also found that lymphoma microenvironments tend to occur in one of four broad categories, which range from tumor growth-restricting to tumor-growth enhancing. The researchers demonstrated in an animal model that by experimentally modifying the lymphoma microenvironment they could slow the cancer’s growth.

“The lymphoma microenvironment is essentially another layer of lymphoma biology that we believe we can use for classifying patients more accurately and potentially treating them more effectively,” said senior author Dr. Leandro Cerchietti, associate professor of medicine in the Division of Hematology and Medical Oncology and member of the Sandra and Edward Meyer Cancer Center at Weill Cornell Medicine.

Lymphomas are cancers arising from lymphocytes and closely related cells within lymph nodes. There are about 85,000 new cases of, and 20,000 deaths from, lymphomas every year in the United States. The prognosis depends on the type of lymphoma, but for the most common broad category, non-Hodgkin lymphoma, the five-year survival rate is about 70 percent. The most common type of non-Hodgkin lymphoma is known as diffuse large B-cell lymphoma (DLBCL).

As for other cancers, improvements in survival and cure rates for lymphoma patients in recent decades have come from more targeted treatments, which in turn have been based on more detailed classifications of lymphomas according to DNA mutations and other properties of lymphoma cells themselves. The new approach by Dr. Cerchietti and colleagues, including Drs. John Leonard and Giorgio Inghirami at Weill Cornell Medicine and collaborators at biomedical software company BostonGene, looks beyond lymphoma cells to the broth of molecules surrounding them and the gene activity in lymphoma and non-lymphoma cells that helps maintain that molecular microenvironment.

In the study, the researchers, using BostonGene’s solution, analyzed data on gene activity detected in samples taken from more than 4,600 DLBCL patients. Focusing on microenvironment-sustaining patterns of gene activity within lymphoma and tumor-resident non-lymphoma cells, they discovered that the inferred microenvironments tended to fall into four broad categories.

These microenvironment categories were generally associated with different ecosystems of cells and treatment responsiveness, from ecosystems that are similar to healthy lymph nodes and more responsive to degraded, depleted ecosystems and less responsive, and appeared to represent a new and independently useful classification of lymphomas.

“In two patients with otherwise seemingly identical lymphomas, the observation that these lymphomas have different microenvironments suggests that they will have different responses to treatment,” Dr. Cerchietti said.

Dr. Cerchietti and his colleagues have utilized the BostonGene-developed RNA sequencing-based platform for rapidly identifying the lymphoma microenvironment type in a given patient, and are planning to evaluate it soon as an aid in selecting treatments and predicting patient outcomes.

“I’m really excited about this scientific approach—I think it can have a real impact on the patients,” Dr. Cerchietti said.