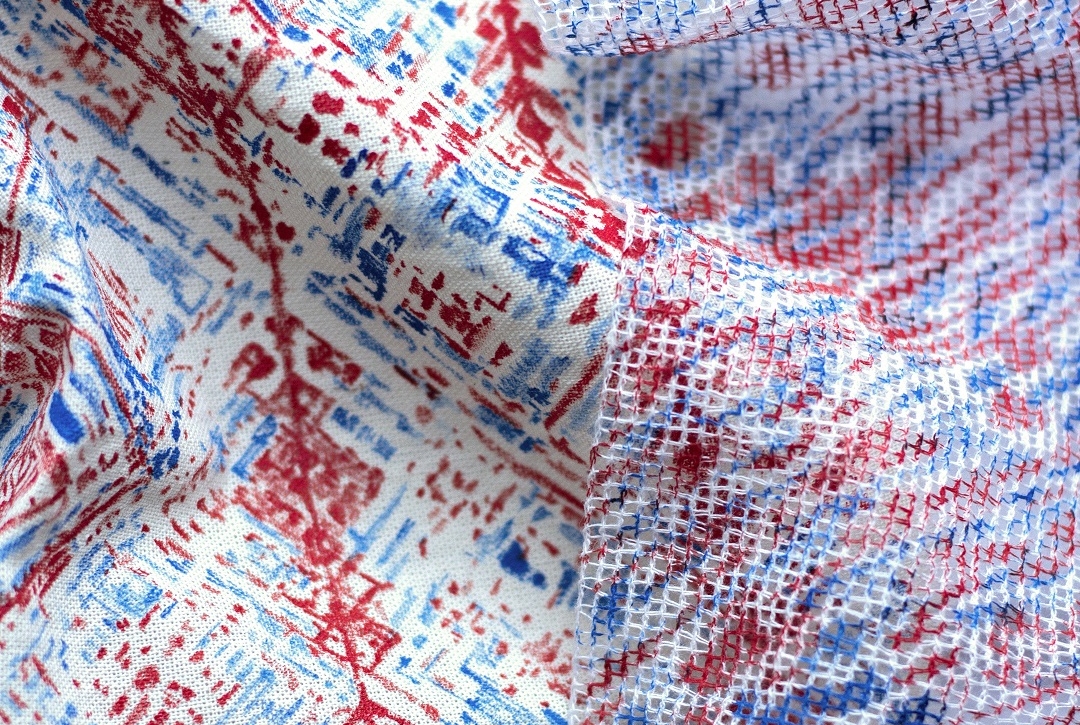 The two canvases represent the genome as folded in cells with normal (left) or reduced levels of Smc3 (right). The normal canvas is highly structured and functional, while the other canvas has lost its pattern and has open threads. Artist: Victoria Béguelin.

Much of the three-dimensional architecture of the genome in antibody-producing immune cells is dependent on a gene called SMC3. When this gene is not working properly it can lead to improper immune cell development and to cancer, by disrupting how DNA is structured inside the cell nucleus, according to a team of researchers from Weill Cornell Medicine. This research has broad implications, because 3D genome organization is a vital function across all cell types.

In order for immune cells called B cells to confront infections by making antibodies, they need to change the arrangement of their chromosomes. In a study published Jan. 11 in Nature Immunology, the investigators found that when SMC3 is disrupted, the cells do not make these and other changes needed to mature; and become prone to malignancy.

Every cell in the body contains two meters of DNA, which needs to be organized in such a way that it fits into the nucleus. “It’s not like dumping spaghetti in a colander,” said senior author Dr. Ari M. Melnick, the Gebroe Family Professor of Hematology and Medical Oncology and a member of the Sandra and Edward Meyer Cancer Center at Weill Cornell Medicine. “There has to be order in the way the strands are arranged, so that different parts of the genome can talk to and coordinate with each other.” It turns out the SMC3 gene encodes a protein that acts as a motor, working within a protein complex to move the strands of DNA around and make sure that everything goes where it should. 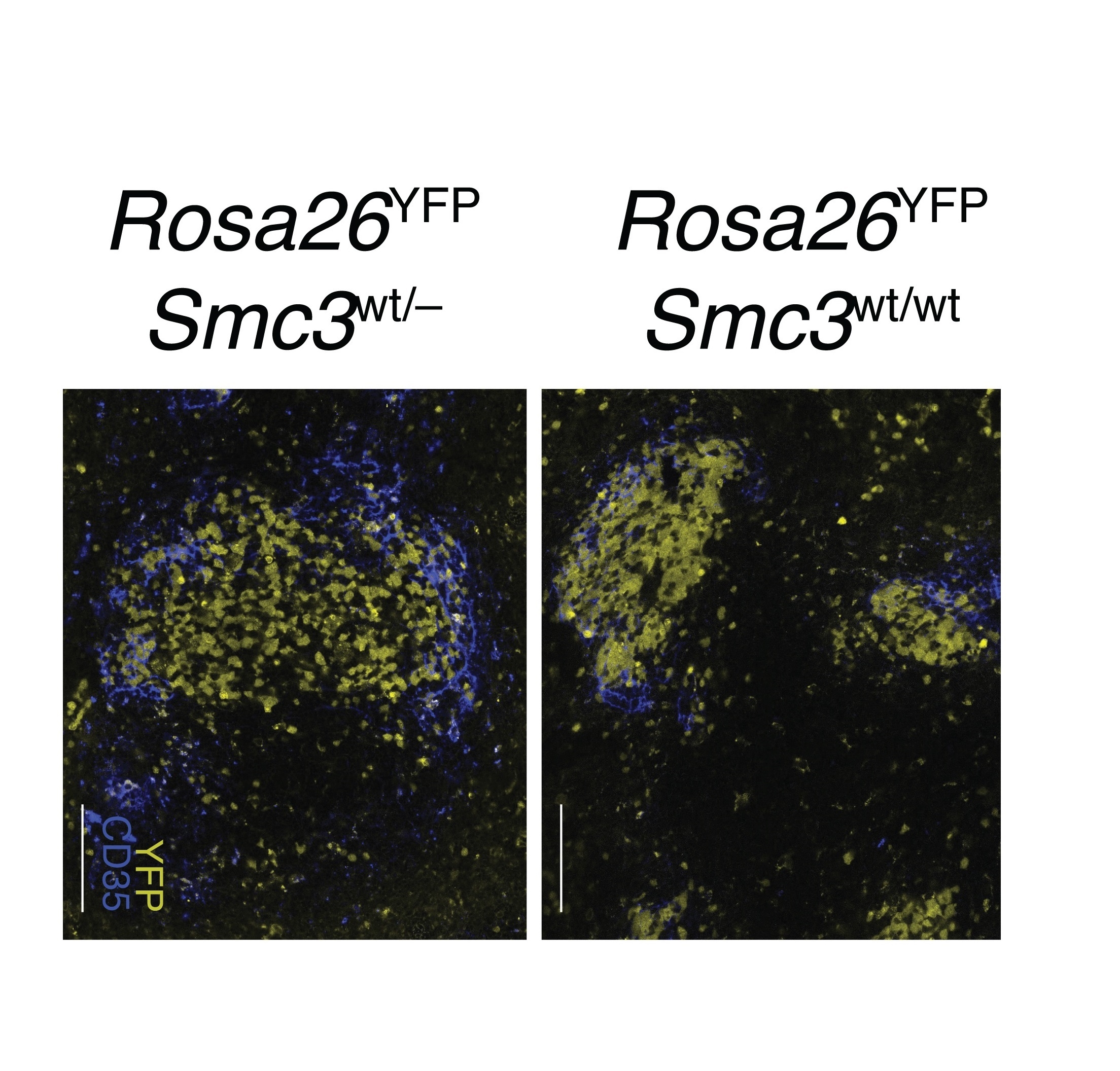 Previous work from Dr. Melnick’s lab showed that massive three-dimensional changes in DNA occur as part of the immune response, but there were no data on how these changes were regulated or controlled. In the new paper, his team has shown for the first time that SMC3 is required for this activity. When they studied mice that had reduced levels of the SMC3 protein in their immune cells, they found that the animals had defective B cells that were unable to make critical genome alterations, including rearrangement of genes needed to produce antibodies. Further experiments revealed that the organization of the DNA in the nucleus was disturbed.

The SMC3 protein was previously known to be part of a group of proteins called the cohesin complex, which is essential for chromosome segregation during cell division and plays an important role in gene regulation. SMC3 mutations are found in some human cancers, and lower levels of the SMC3 protein in immune system tumors are associated with more aggressive disease. They are also found in a genetic disease called Cornelia de Lange syndrome, which is characterized by slow growth, intellectual disability, abnormalities of the bones, and distinct facial features.

“Disruptions in the motor functions of the SMC3 protein and loss of function of the cohesin complex make cells more prone becoming malignant,” said Dr. Melnick, who has consulted for Epizyme and Constellation and is on the scientific advisory board of KDAC pharmaceutical. “The cells appear to be affected in such a way that they are more likely to divide and mutate, since they become stuck in an intermediate stage of development prone to developing mutations.”

Future work will focus on learning more about the role of SMC3 in both immune cells and cancer cells. It’s also possible that the levels of the SMC3 protein within cancer cells may affect how they respond to different drugs.

“We still know very little about these 3-D mechanisms,” Dr. Melnick said. “There are important implications not only for cancer, but for biology in general. I can’t imagine that this process is not critical to every single cell in our bodies.”