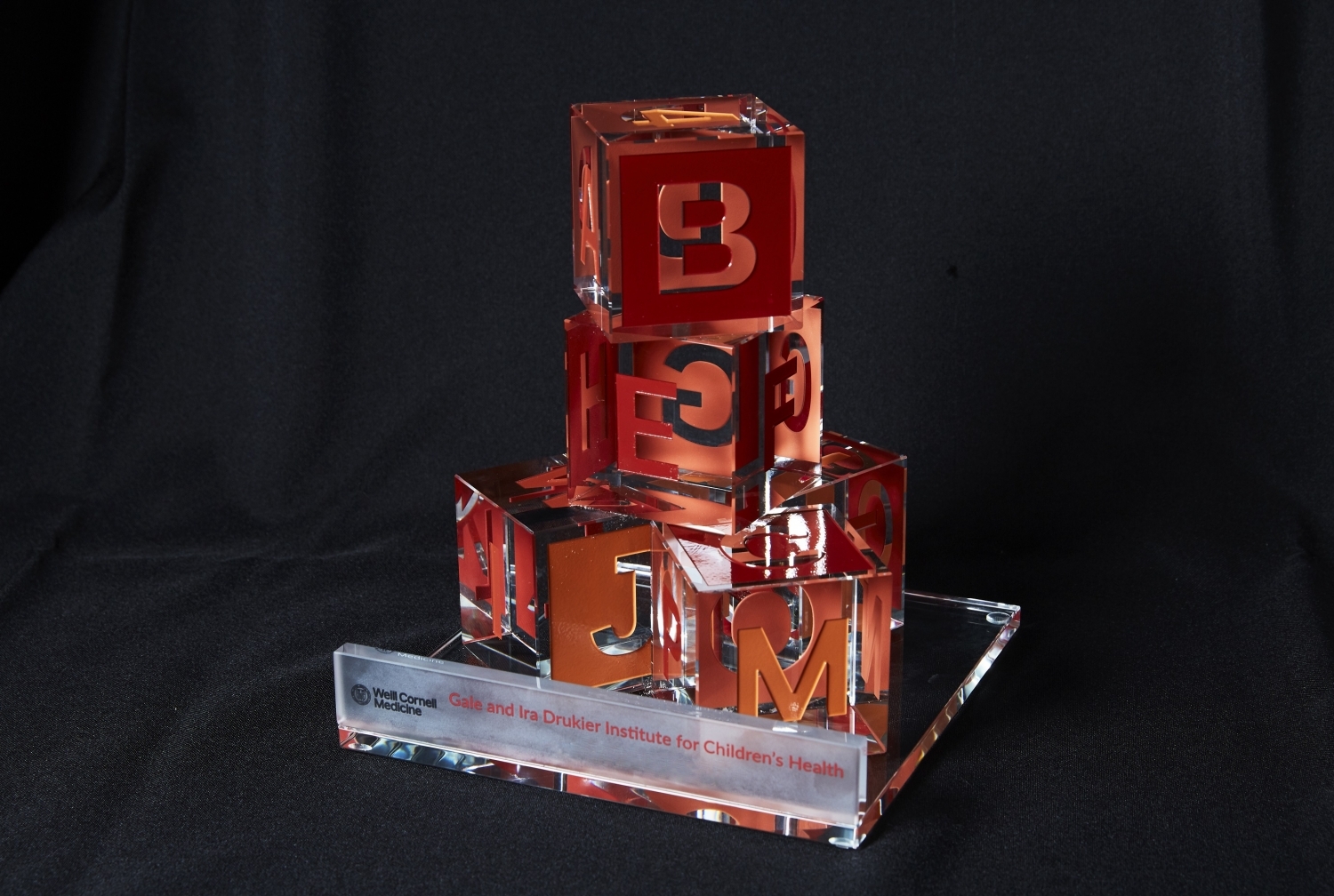 Dr. Stanley Plotkin, the inventor of the rubella vaccine now in standard use worldwide, and pediatric physician-scientists Dr. Stephen Patrick and Dr. Sallie Permar, who research health conditions that affect newborns, were the featured speakers at a symposium held online on Oct. 20 by Weill Cornell Medicine’s Gale and Ira Drukier Institute for Children's Health.

Dr. Plotkin, who delivered the annual Gale and Ira Drukier Lecture in Children’s Health, addressed the history of vaccine development and its influence on the current quest for an effective SARS-CoV-2 vaccine. The Drukier Lecture brings leaders in children’s health to Weill Cornell Medicine and gives the pediatrics community the opportunity to learn, share ideas and forge collaborations.

Dr. Permar, associate dean of physician scientist development and Wilburt C. Davison Distinguished professor of pediatrics at Duke University School of Medicine, and Dr. Patrick, associate professor of pediatrics and health policy at Vanderbilt University School of Medicine, both recipients of the fifth annual Gale and Ira Drukier Prize in Children’s Health Research, announced in July, also presented their work at the October event. The Drukier Prize is given to early-career pediatricians whose research has made important contributions toward improving the health of children and adolescents, providing recipients an unrestricted $10,000 honorarium. 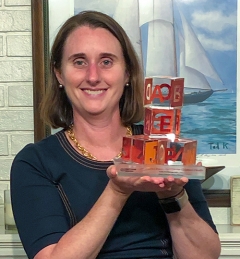 Dr. Permar, who on Dec. 1 will become chair of the Department of Pediatrics at Weill Cornell Medicine and pediatrician-in-chief at NewYork-Presbyterian/Weill Cornell Medical Center and NewYork-Presbyterian Komansky Children’s Hospital, was recognized for her basic science research developing vaccines for diseases that are transmitted from mother-to-child, including HIV, Zika and cytomegalovirus (CMV). Dr. Patrick was recognized for his research and healthcare policy work on neonatal abstinence syndrome (NAS), a drug withdrawal syndrome experienced by some infants exposed to opioids before they are born. The two recipients were chosen in December but the event recognizing the awardees, normally held in the spring, was delayed due to the pandemic.

Both the lecture and the award are sponsored by the Gale and Ira Drukier Institute for Children’s Health, whose mission is to accelerate translational research in order to better understand diseases that start in childhood.

“Had this event not have been virtual, I’m sure the room would have been packed today,” said Dr. Gale Drukier in video remarks on behalf of herself and her husband Dr. Ira Drukier. “But even in this virtual world, there will be meaningful exchanges of knowledge and inspirations that will benefit children who suffer from disease.”

In introducing Dr. Plotkin, Dr. Virginia Pascual, the Drukier Director of the Gale and Ira Drukier Institute for Children's Health at Weill Cornell Medicine, highlighted his significant role in the development of other vaccines including polio, rabies, varicella, rotavirus and CMV. Although the Drukier Institute invited Dr. Plotkin, professor emeritus of pediatrics at University of Pennsylvania Perelman School of Medicine and a former medical and scientific director of Sanofi Pasteur’s Vaccine Global Business Unit, to give the annual lecture before anyone had heard about COVID-19, Dr. Pascual said his participation was even more relevant in the context of the pandemic. 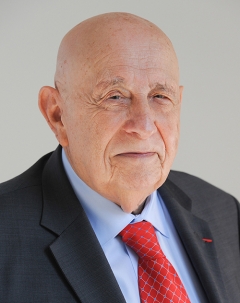 “There is nobody better than him to remind us what it took to control highly infectious viruses in the past 50 years and to give us his terrific perspective of what it might take to defeat the threat we are facing today,” said Dr. Pascual, who is also the Ronay Menschel Professor of Pediatrics at Weill Cornell Medicine.

In his talk, Dr. Plotkin focused on how the evolution of vaccine development has been driven by discovery of new strategies for immunizing against a disease—from injecting a live virus to genetically engineering a vaccine. These strategies are now being employed to develop and test a record number of vaccines against the SARS-CoV-2 virus.

In addition to traditional strategies that use weakened or killed viruses, newer approaches using DNA and RNA have led to the rapid development of candidate vaccines for diseases such as Ebola, MERS, Zika and COVID-19 — taking only 10 weeks, in the case of the latter disease, he noted.

Dr. Plotkin also discussed ways in which existing vaccines for influenza and pertussis can be made more effective. He additionally spoke of the need for vaccinology to address the challenges of “immune memory,” the fact that many vaccines don’t have a long lasting response, and to develop stronger vaccines for children and the elderly.

Dr. Patrick and Dr. Permar each spoke about the work for which they were awarded the Gale and Ira Drukier Prize in Children’s Health Research.

“We were so impressed by our prize contenders that we decided to select two winners this year, instead of one,” said Dr. Augustine M.K. Choi, the Stephen and Suzanne Weiss Dean of Weill Cornell Medicine. 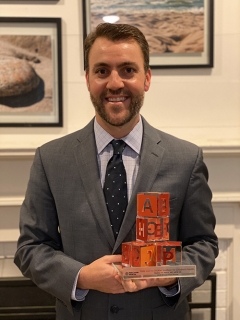 Dr. Patrick became aware of the problem of NAS when he was a trainee at University of Michigan and saw an increasing number of infants with opioid withdrawal. “What this clinical observation led us to, with the support of my mentors, was to understand if what we were seeing in our unit was happening elsewhere,” he said.

Dr. Patrick now directs the Vanderbilt Center for Child Health Policy, which focuses on the wellbeing of children and families. In one of the Center’s projects a multidisciplinary team with experts from addiction, obstetrics, economics and biostatistics studies NAS from multiple angles to transform clinical care and policy related to the syndrome. They have found that NAS has grown eightfold in the United States from 2000 and 2016, which has also seen the rise of the larger opioid epidemic. In Appalachian communities—some of the hardest hit by the opioid crisis—there’s a strong link between the syndrome and long-term unemployment. Another study showed that pregnant women have a more difficult time accessing treatment for addiction than those who aren’t pregnant.

Dr. Permar’s research into CMV, which is the most common congenital infection and a leading cause of birth defects, has informed the current quest for a vaccine. In her talk, she discussed her lab’s contributions to this effort, including studying infection and pregnancy outcomes in nonhuman primates receiving antibodies against CMV. Her team is also studying vaccines that provided partial efficacy to determine ways to improve their immune response.

As with the rubella vaccine, if an effective CMV vaccine is developed, the impact will be significant, said Dr. Permar, who is also a professor of immunology, molecular genetics and microbiology, and founding director of the Children’s Health and Discovery Institute at Duke University School of Medicine. “There will be less need for services for children with special needs and developmental delay, in particular in underserved communities where the impact of congenital CMV is greatest.”

Noting that Dr. Plotkin was a role model of hers, Dr. Permar’s talk showed how CMV research had built on vaccine advances of the past. True to the idea that scientific knowledge is advanced from generation to generation, Dr. Plotkin addressed the final words of his talk to current medical students considering their future: “Whether you become a clinician scientist or a basic scientist, search for the whole truth, nothing but the truth, so that it lives after you.”