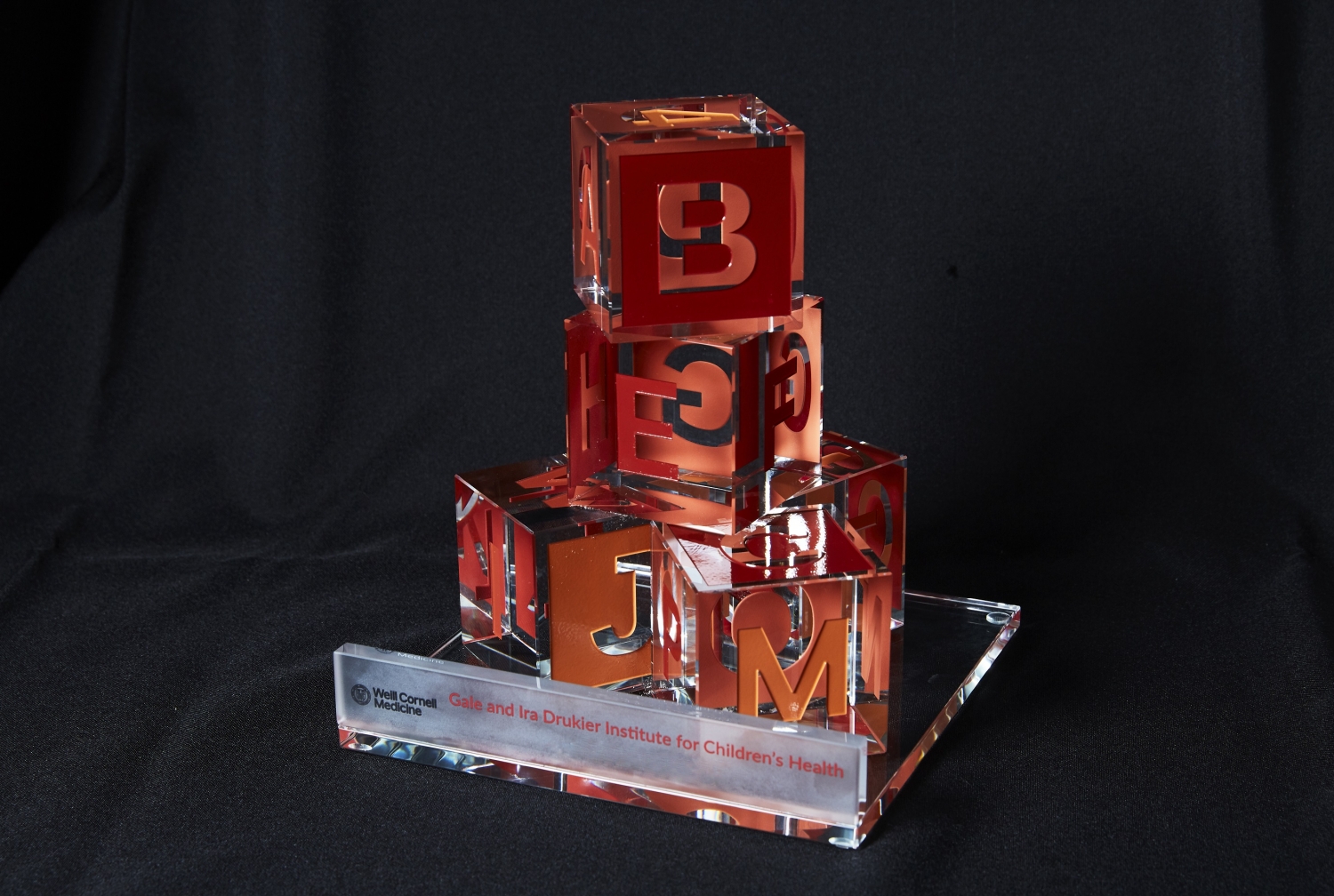 NEW YORK (July 30, 2020)—Dr. Sallie Permar, a physician-scientist who investigates the prevention and treatment of neonatal viral infections, and Dr. Stephen Patrick, a neonatologist focused on the impact of the opioid epidemic on pregnant women and infants, have been jointly awarded the fifth annual Gale and Ira Drukier Prize in Children’s Health Research, Weill Cornell Medicine announced today.

The Drukier Prize honors early-career pediatricians whose research has made important contributions toward improving the health of children and adolescents. Dr. Permar, associate dean of physician scientist development, professor of pediatrics, immunology, molecular genetics and microbiology, and founding director of the Children’s Health and Discovery Institute at Duke University School of Medicine, is being honored for her research into the development of vaccines to prevent mother-to-child transmission of neonatal viral pathogens.

Dr. Patrick, an associate professor of pediatrics and health policy and director of the Vanderbilt Center for Child Health Policy at Vanderbilt University School of Medicine, is being recognized for his research on improving outcomes for infants born to opioid-dependent pregnant women using a public health framework. 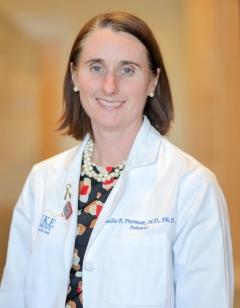 “Drs. Permar and Patrick are skilled physician-scientists whose commitment to pediatric research and care exemplifies the spirit of the Gale and Ira Drukier Prize in Children’s Health Research,” said Dr. Augustine M.K. Choi, the Stephen and Suzanne Weiss Dean of Weill Cornell Medicine. “Dr. Permar’s innovative work investigating the prevention and treatment of neonatal viral infections has advanced this vital field of research, while Dr. Patrick’s examination of the impact of the opioid epidemic on pregnant women and infants has informed national policy in this area. Their respective research offers the promise of a healthy future for countless children, and we’re delighted to recognize them this year.”

“We are thrilled to be honoring two exceptional winners with this year’s award,” said Dr. Gale Drukier and Weill Cornell Medicine Overseer Ira Drukier, who together in 2014 established the prize. “The dedication Dr. Permar and Dr. Patrick have displayed to improving the lives of children is inspiring, as they work to ensure the health of newborns through pioneering research and compassionate care. It brings us great joy to recognize those who are affecting real change in pediatric research, like these physician-scientists, and to highlight their important work.”

“By focusing on one of the most vulnerable populations, the discoveries made by these investigators have the opportunity to improve outcomes for newborns and offer hope to untold expectant mothers,” said Dr. Virginia Pascual, the Drukier Director of the Gale and Ira Drukier Institute for Children’s Health. “Dr. Permar’s research on developing vaccines to prevent mother-to-child viral transmission of disease and Dr. Patrick’s work to improve outcomes for infants born to opioid-dependent women have furthered our knowledge of these areas of pediatric research. The Drukier Institute is pleased to honor them for their important contributions to children’s health.” 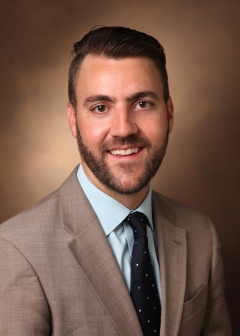 Dr. Patrick’s research focuses on how to improve outcomes for pregnant women and infants affected by the opioid epidemic, including newborn babies who have drug withdrawal symptoms, known as neonatal abstinence syndrome. When Dr. Patrick began his research, the link between opioid prescriptions and overdose deaths was clear, but the relationship between opioid exposure and newborn health was not. His findings have shown that the number of infants diagnosed with neonatal abstinence syndrome grew nearly sevenfold between 2000 and 2016 nationwide.

Neonatal abstinence syndrome (NAS) can occur when babies are chronically exposed to opioids before birth, whether to an illegal drug or a prescribed medication like methadone, which can help an expecting woman treat her addiction and increase the likelihood of a full-term pregnancy. In studying the health outcomes for babies with NAS, it became clear to Dr. Patrick that doctors needed to consider more than simply whether pregnant women were using opioids at the time of delivery. Length of use, and social and economic factors also play a role in whether a fetus develops NAS.

His research found a link between higher rates of the syndrome and long-term unemployment, especially in rural areas, and his findings have had a direct impact on policy changes that benefit children. For instance, the Protecting Our Infants Act, which was signed into law in 2015 and aims to help prevent and treat babies exposed to opioids in utero, cited Dr. Patrick’s research in the bill. And his research on prescription drug monitoring programs was included in the Surgeon General’s “Facing Addiction in America: The Surgeon General’s Report on Alcohol, Drugs, and Health,” which addresses the prevalence of addictive substances in the United States and makes recommendations for prevention, treatment and recovery.

“Just looking at past Drukier Prize awardees, it’s an extreme honor to be included with that esteemed group,” said Dr. Patrick. “Research is a team sport and taking care of patients is a team sport. This is an individual award but it’s reflective of great mentorship I’ve had along the way and the support I’ve had from others, including my family, to get the work done.”

Dr. Permar is a physician-scientist focused on the prevention and treatment of viral infections in newborns. She leads a research lab that is working towards the development of vaccines to prevent mother-to-child transmission of viruses such as HIV, Zika and cytomegalovirus (CMV).

Recently, Dr. Permar and her research team have focused their efforts on CMV, the most common congenital infection and leading cause of birth defects in the world, affecting one in 150 newborns. While scientists have long been frustrated in their attempts to develop a vaccine to protect infants against CMV, Dr. Permar’s work has led to a more thorough understanding of what is required of a vaccine to protect against transmission of the virus from mother to infant. Not only must it prevent congenital infections, but vaccine strategies must also address breast milk-associated CMV transmission to very premature infants.

Drawing on her experience using animal models shown to be effective in HIV/AIDS research, Dr. Permar developed the first nonhuman primate model of congenital CMV infection to demonstrate that a vaccine targeting antibody responses could protect against the transmission of CMV. There are now two CMV vaccines that are nearing phase 3 trials, which her work is helping to inform.

“The Drukier awardees are a highly recognized group of pediatricians and one I’m proud to be a part of,” said Dr. Permar. “If you can solve diseases in the pediatric window, then you’re giving that person the gift of a healthy lifetime. It’s wonderful that this award recognizes and promotes this critical concept.”

The Gale and Ira Drukier Prize in Children’s Health Research was established in 2014 as part of a $25 million gift to Weill Cornell Medicine. The gift also created the Drukier Institute for Children’s Health, a premiere, inter-disciplinary institute dedicated to understanding the underlying causes of diseases that are devastating to children. As part of its mission, the institute awards the annual prize, which carries a $10,000 unrestricted honorarium, to recognize the innovative work done by young investigators in pediatric research.

Dr. Patrick is board certified in pediatrics and neonatal-perinatal medicine. He is a member of the American Academy of Pediatrics Committee on Substance Use and Prevention and the Society for Pediatric Research, which awarded him its prestigious Young Investigator Award in 2019. He is also a research fellow with the RAND Opioid Policy Tools and Information Center.

Dr. Patrick received a Bachelor of Science in microbiology and cell science from the University of Florida in 2002. He went on to earn a medical degree from Florida State University College of Medicine and a Master of Public Health degree from Harvard University School of Public Health in 2007. He also earned a Master of Science in Health and Health Care Research from the University of Michigan in 2011. For his postdoctoral training, Dr. Patrick served as house officer in the department of pediatrics and communicable diseases at the University of Michigan Health System, where he was also a Robert Wood Johnson Foundation Clinical Scholar. While at the University of Michigan, he completed a neonatal-perinatal medicine fellowship in the department of pediatrics and communicable diseases. He has served as senior science policy adviser to the White House Office of National Drug Control Policy, and has testified before Congress on the rising number of newborns diagnosed with opioid withdrawal.

Dr. Permar is an institutional and national leader in physician-scientist training, serving as the associate dean of physician-scientist development at Duke University Medical School. She is a member of the American Society of Clinical Investigation, the American Association for the Advancement of Science, the American Pediatrics Society, the American Academy of Microbiology, and the Society for Pediatric Research, which awarded her its 2014 Young Investigator Award and 2020 E. Mead Johnson Award. She is also the recipient of the Presidential Early Career Award in Science and Engineering.

Dr. Permar received a Bachelor of Science from Davidson College in 1997. She went on to earn a doctorate in microbiology/immunology from Johns Hopkins University Bloomberg School of Public Health and a medical degree from Harvard Medical School in 2004. She completed her clinical training in pediatric infectious diseases at Children’s Hospital in Boston.