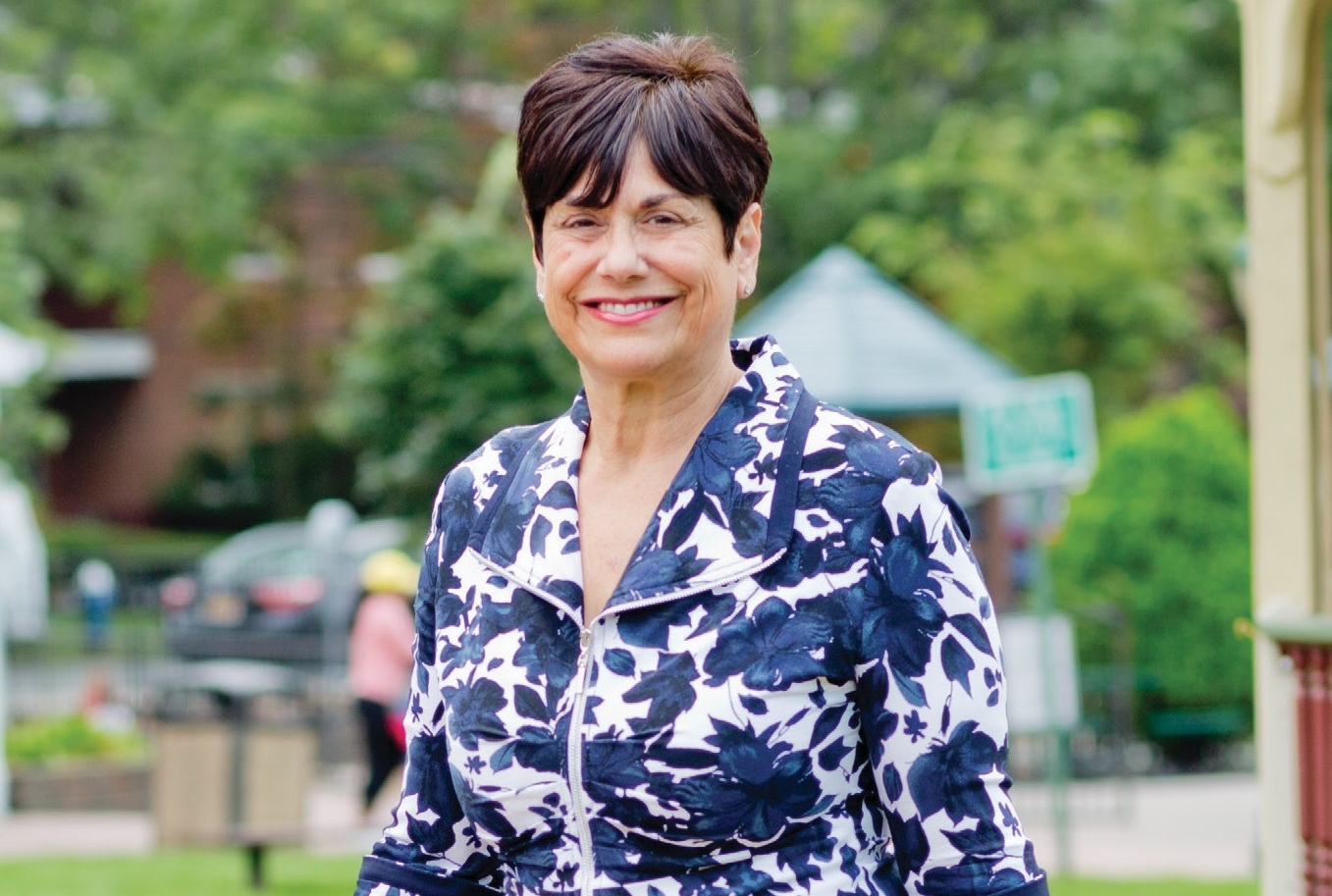 Perfect Fit: Karen Davidson is so happy with her results from endoscopic sleeve gastroplasty (ESG), she has recommended it to numerous friends and family.

When Karen Davidson was looking ahead to her 60th birthday about five years ago, she decided it was finally time for a different approach to weight loss. An executive in the beauty industry, the Long Island resident had tried myriad diets throughout her adult life, from scheduled fasts to eating nothing but grapefruit. “I’ve never been really obese, but I’ve always had that ‘bigger than a curvy girl’ look,” she says. “And I had six children and left ten pounds on after every child.”

Even medically supervised regimens hadn’t worked for long. At five-foot-eight, Davidson hit a top weight of 214 pounds—for a body mass index (BMI) of 32.5, technically on the low end of obese. “I could diet and lose with the help of different drugs, but after three months of work to get off 20 pounds, they’d be back within three weeks— that yo-yo, up and down,”  she recalls. “I found myself at a weight I’d never been my whole life. It was like, ‘Oh my goodness, what do I do?’ ” 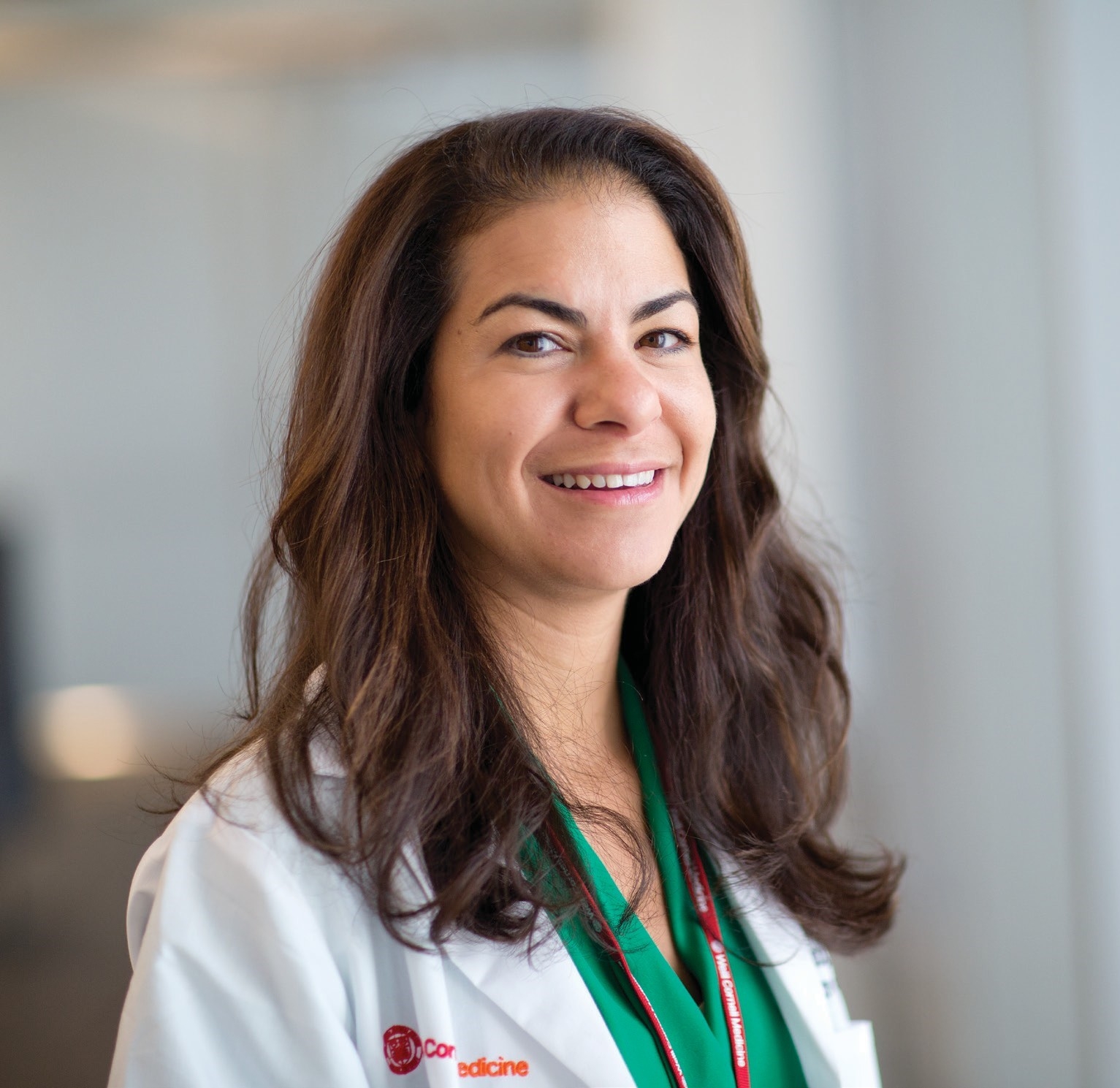 Then one of her physicians—Dr. Louis Aronne, a professor of clinical medicine, the Sanford I. Weill Professor of Metabolic Research, and director of the Comprehensive Weight Control Center at Weill Cornell Medicine— suggested something new. A colleague, gastroenterologist Dr. Reem Sharaiha, was seeing highly promising results with a nonsurgical approach to reducing the size of the stomach—a same-day, outpatient procedure that leaves no scars and has minimal recovery time. Excited, Davidson called Dr. Sharaiha’s office then and there. “Dr. Sharaiha was kind enough to squeeze me in on her lunch break,” Davidson recalls. “She was a doll.”

Davidson underwent the procedure just three weeks later—and the results have been so positive that she has not only recommended it to numerous friends and family, but become a go-to reference for other patients interested in having it. Known as endoscopic sleeve gastroplasty (ESG), the procedure entails accessing the stomach through the mouth, then using a suturing device guided by an endoscope. “You basically bring different parts of the stomach together like an accordion,” explains Dr. Sharaiha, an associate professor of medicine and an attending gastroenterologist at NewYork-Presbyterian/Weill Cornell Medical Center. “You then have a smaller stomach volume, so you eat less and lose weight.”

Weill Cornell Medicine was one of the first places in New York State to offer ESG when dr. Sharaiha began performing it in 2013. She has since done more than 500 of the procedures—becoming one of its leading practitioners and attracting patients from all over the country and the world. As she and Dr. Aronne both note, ESG can be highly beneficial for people in the 30 to 40 BMI range for whom diet and exercise hasn’t worked—those whose weight puts them at risk of diseases like diabetes and sleep apnea but who either may not qualify for weight-loss surgery or are unwilling to undergo it. “There’s an absolutely enormous need for these kinds of procedures,” Dr. Aronne says. “The evidence is overwhelming that there are physical things that go on that make it difficult for people to lose weight. It’s not just a matter of willpower; it’s because the weight-regulation pathways get damaged in the process of weight gain. That makes it hard to lose weight and maintain it.”

Drs. Aronne and Sharaiha have done studies on patient outcomes—published in Endoscopy and Clinical Gastroenterology and Hepatology and presented at Digestive Disease Week, a major gastroenterology conference—that have found that ESG is safe and effective, providing a sustained loss of 15 percent of a person’s total body weight over a five-year period. For most patients, Dr. Sharaiha says, that translates to about 40 to 60 pounds. “You also see improvement in cholesterol, glucose level and blood pressure,” says Dr. Sharaiha, who is currently collaborating with Aronne on studies aimed at predicting which patients will best respond to ESG. “It’s not just a procedure where you lose weight. You also get improvement in these comorbidities.”

The procedure itself, Dr. Sharaiha says, is fairly easy on the patient. After Davidson had ESG, she recalls feeling under the weather for about a day and a half. “I’ve had root canals that were way worse,” she says. “This was discomfort.” She had to follow a prescribed diet for several weeks—starting with liquids, moving to soft foods and eventually working up to things like raw vegetables. Within three months she’d lost 50 pounds; a year after ESG, feeling she’d begun to eat more, she went back to Dr. Sharaiha to have the sutures tightened (as is required in about a fifth of cases). Davidson now weighs about 168 pounds and wears a size six or eight, compared to the 14 or 16 she wore prior to ESG. Back then, she says, she’d typically go out to dinner and have every course, plus cocktails and bread; now, while she can eat any type of food she wants, she has to be cognizant of the much-reduced size of her stomach. “I don’t have a hard time maintaining my weight, because I eat correctly,” she says. “I eat until I’m full and comfortable. If I want some dessert, I have it, but I need to have room for it; if I really want dessert, I’ll only have an appetizer.”

As she tells the people who call her for advice about whether they should choose the procedure, ESG isn’t a cure- all. It still requires effort from the patient—for example, by avoiding soft, calorie-dense foods (cake, for example) that can stymie weight loss even with a smaller stomach. It’s a message Dr. Sharaiha also stresses. “It’s a two-way partnership,” she says. “I always tell them that I’m 5 or 10 percent of the journey and the rest is them, in terms of their motivation. It’s a tool they can use to change their lifestyle, to try to eat better and exercise. But being part of their journey is so satisfying. Having them show you before-and-after pictures—they’re so proud of themselves, and you’re so happy that you’ve helped make it happen.”