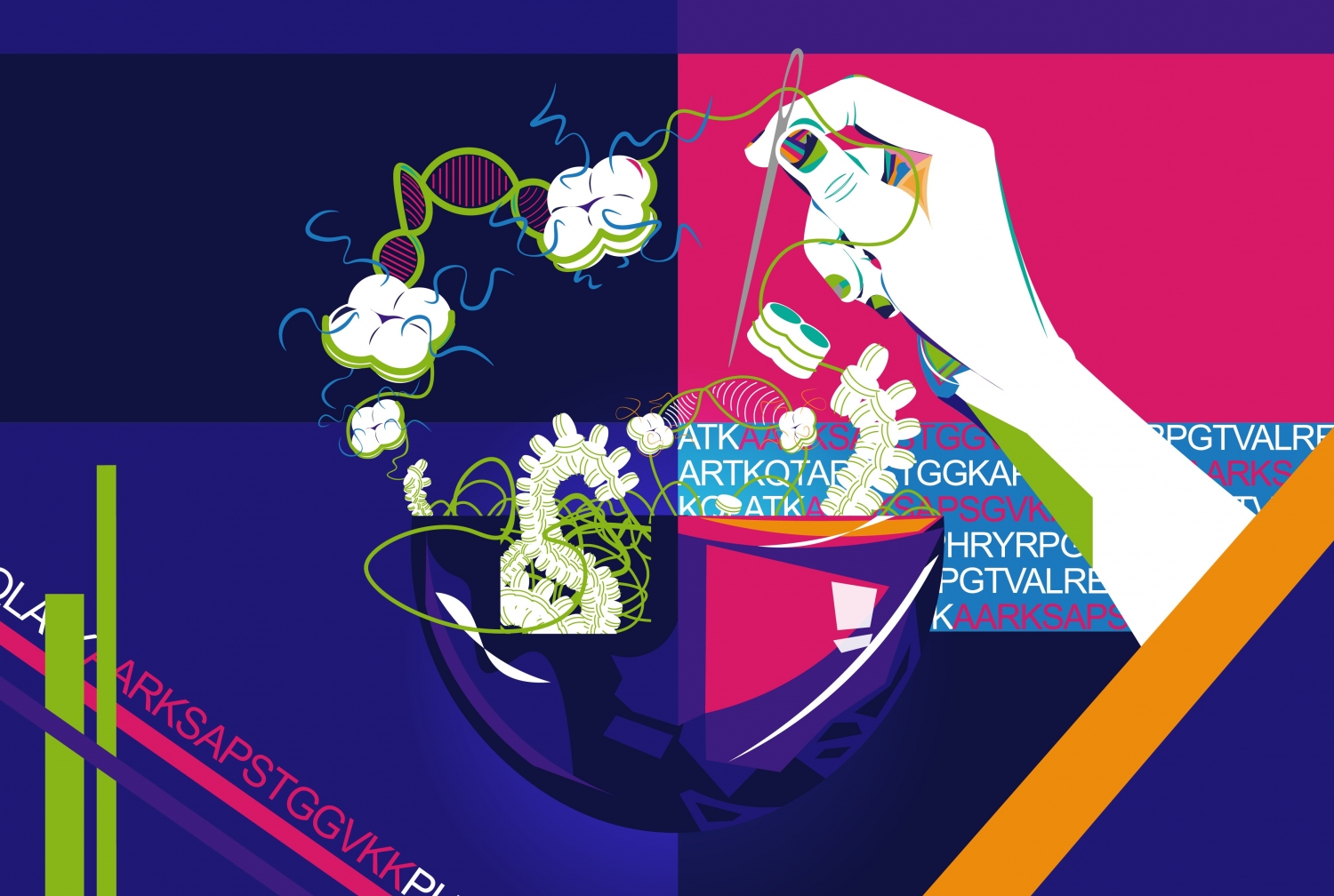 Conceptual drawing showing that the pathways revealed provide clues on how target genes (needle) can be located among tens of thousands in a "haystack" of chromatin (spool-like structures with DNA), and quickly induced to high levels. Image credit: Ceyda Durmaz

A code discovered in DNA packaging proteins enables the rapid expression of genes needed to fight immediate threats, a finding that may pave the way for new treatments for cancer and inflammatory diseases, according to a study by investigators at Weill Cornell Medicine.

A study published in Nature on July 22 found that when a chemical tag composed of a phosphate group is added to H3.3, one of the spool-like histone proteins that condense DNA and control access to genes, the cell’s gene expression machinery can quickly find the genes. 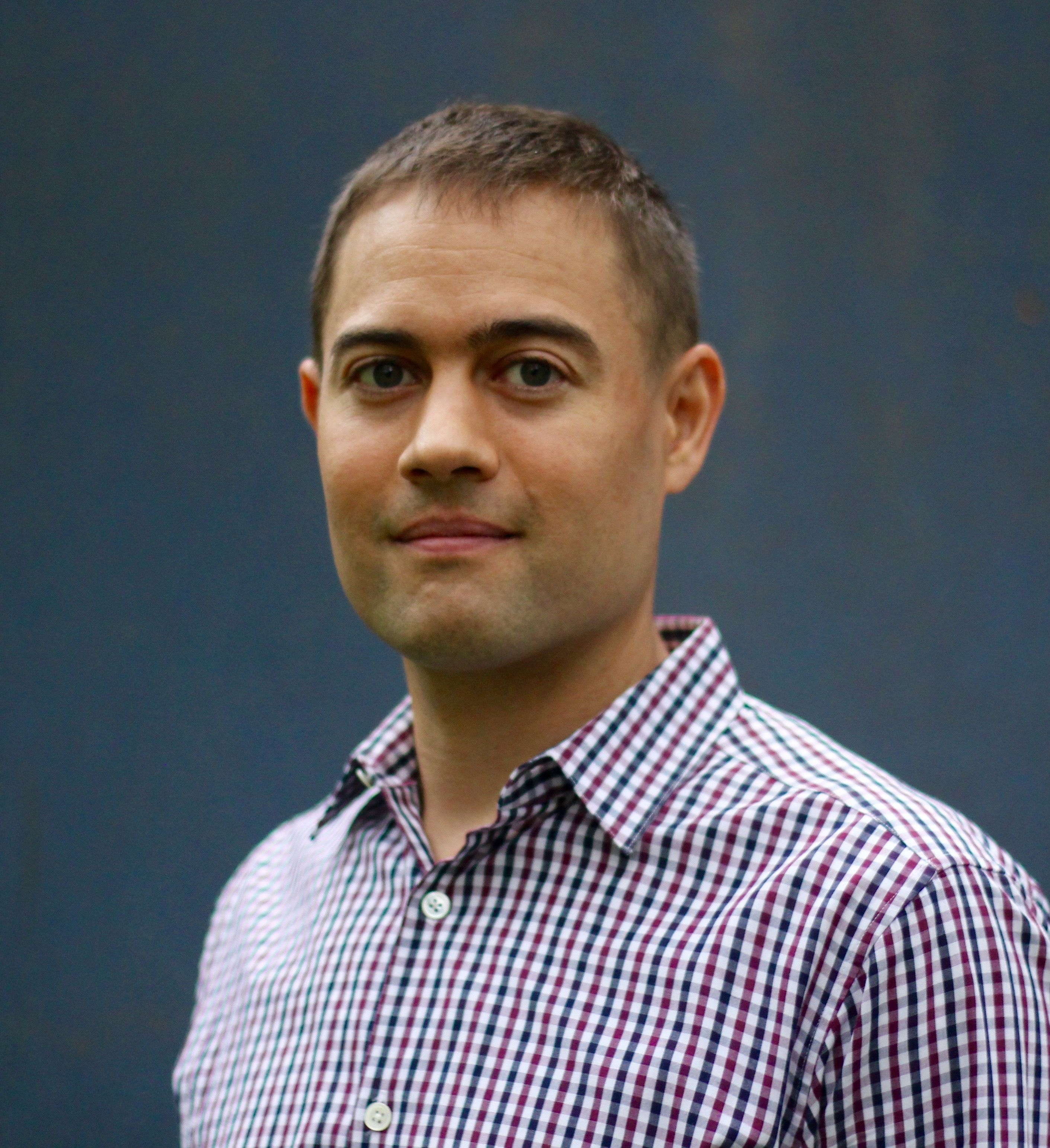 “The phosphate-tagged H3.3 histone flags the rapid-response genes,” said Dr. Steven Josefowicz, an assistant professor of pathology and laboratory medicine at Weill Cornell Medicine. “It brings the machinery necessary for gene expression to that part of the genome and prioritizes the expression of the genes needed to fight the pathogen.”

Scientists have long known that cells can activate a small set of “rapid-response” genes to fight immediate threats like pathogens. But with so many genes stored in such a tiny package (the micron-scale nucleus), researchers have sought how signals can turn on select genes quickly and to high levels. Dr. Josefowicz’s team and collaborators had a hunch that a hidden code in histones played a key role in rapid gene expression.

That hunch proved correct when they discovered that immune cell exposure to a pathogen led to a chemical change in those cells’ histones, and only at the genes that are turned on rapidly after a stimulus. That chemical change was the addition of a phosphate group to H3.3 histones, in a process known as phosphorylation.

The team looked at H3.3 histones that they filtered out from mouse immune cells called macrophages, which are first responders to pathogens. They found that phosphorylated H3.3 was a distinct feature of macrophages exposed to bacterial components that trigger their activation, but was not present in resting cells. They also observed stimulation-dependent H3.3 phosphorylation in several other types of immune cells responding to diverse immune signaling events and neurons exposed to nerve growth factor.

The team then mapped the location of the phosphorylated H3.3 histones to associated genes, which revealed this chemical change is only found near rapid-response genes. Fine mapping of the genomic location of the phosphorylated H3.3 showed a remarkable similarity to an important component of the transcription apparatus, an enzyme called SETD2. Further experiments showed that phosphate-tagged H3.3 turns on SETD2, which is necessary for fast, high-level expression of genes responding to environmental cues.

Collaborators at Tsinghua University then crystallized the phosphorylated H3.3 protein as it was interacting with SETD2, a method to determine how the two proteins associate with each other at the atomic level. The results highlighted the parts of both proteins responsible for the interaction. With this information, they were then able to show that these interactions control the stimulation of SETD2 by H3.3. Finally, they showed that the phosphate-tagged H3.3 ejects a protein called ZMYDN11, which acts as a brake on the expression of environmentally-cued genes.

“It is a two-step mechanism,” said Dr. Josefowicz, who is also a member of the Gale and Ira Drukier Institute for Children’s Health and the Sandra and Edward Meyer Cancer Center at Weill Cornell Medicine. “It simultaneously ejects a transcription repressor (ZMYDN11) and stimulates a rapid-gene expression activator (SETD2).”

The discovery could be significant for treating cancer or other diseases involving excessive inflammation. Normally, the rapid response genes are turned on only as needed, and then turned off again. But in inflammatory diseases and cancer, the rapid-response genes can get stuck in this activated state and fail to turn off. Current treatments for cancer, like chemotherapy, turn off all gene transcription to stop cancer cells from dividing, but this harms normal cells and causes unwanted side effects.

“We think inhibiting this two-step process could be a more selective way to treat these diseases,” Dr. Josefowicz said. The team is currently working on finding small molecule inhibitors that could stop this process and selectively turn off the rapid-response genes. They are also studying if the mechanism might play a role in the excessive immune response and inflammation seen in patients with the currently circulating coronavirus, SARS-CoV-2.