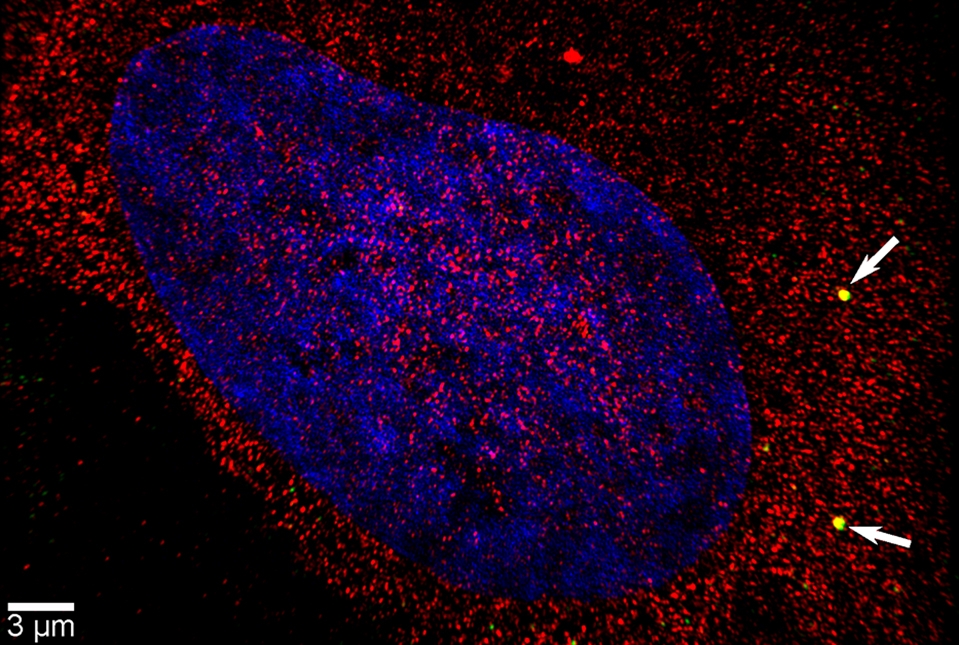 Three proteins bind to chemical marks on molecular messages in cells, targeting the messages for degradation, according to researchers at Weill Cornell Medicine. The results overturn some prevailing models of how cells use chemical tags to control their genes' expression and may offer new targets for treating leukemia, which can arise when the chemical tags go awry.

In a new paper published June 2 in Cell, the scientists examine the function of a chemical tag that cells attach to some messenger RNA molecules. If the cell's DNA can be thought of as its overall blueprint, messenger RNA (mRNA) molecules are the specific assembly instructions for the individual proteins that make up its parts. To adapt to their changing needs, cells add chemical tags onto different mRNA molecules, but the exact effect of these chemical tags is unclear.

To address this question, the researchers studied how cellular proteins interact with this chemical tag, called m6A. Despite being the most abundant known mRNA tag, it has been very hard to study. "Even though m6A had been discovered and was known to be found in mRNA in the 1970s, researchers hadn't been studying it because the technology was inadequate," said senior author Dr. Samie Jaffrey, Greenberg-Starr Professor of Pharmacology at Weill Cornell Medicine. 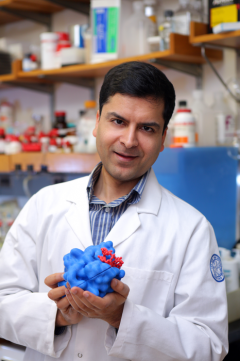 In 2012, Jaffrey's team pioneered a new technique called MeRIP-Seq, which allows scientists to study m6A-modified mRNA in exquisite detail. Hundreds of papers from his group and others have used this method to discover the fascinating but inscrutable patterns of change in m6A tagging in different cell types. Leukemia cells, for example, show large increases in m6A tagging. "Those modifications help deregulate mRNAs in a way that favors cancer formation, and the question has been 'what exactly does m6A do to these RNAs?'" Dr. Jaffrey said. "The answers have been very confusing and in many cases contradictory."

Before the current work, other investigators had determined that three different proteins, DF1, DF2, and DF3, could bind to m6A-tagged mRNA. Each protein appeared to have distinct effects, such as making the tagged mRNA copies get broken down faster or translated into proteins more often, but those effects were so subtle that they were often difficult to reproduce. Those findings implied that the three binding proteins had diverse functions that would be hard to isolate, let alone target with drugs.

That didn't make much sense to Dr. Jaffrey and his postdoctoral fellow Dr. Sara Zaccara. "It really said to us that maybe what we currently think about how m6A is recognized and what its functions might be, may not be correct," Dr. Zaccara said. Digging into the problem, the pair uncovered a much simpler explanation: DF1, DF2, and DF3 all work together to help destroy m6A-tagged mRNA. 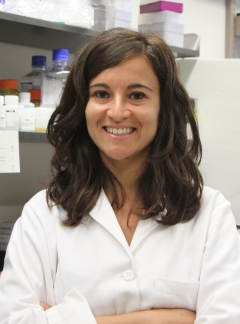 In effect, m6A is a disposal tag for mRNA and DF1, DF2, and DF3 are a team of sanitation workers. Studies that only eliminated one of the proteins at a time saw weak effects, because the remaining team members were still able to haul away much of the tagged mRNA.

"Our study shows that when mRNA transcripts get m6A, that marks them for degradation and no other function; it just simplifies things quite a bit in this otherwise very complicated, convoluted field," Dr. Jaffrey said.

Besides challenging the previous models, the results point to a possible new strategy for treating leukemia. Leukemia cells excessively tag a subset of cellular mRNAs with m6A, and previous work has shown that this tagging is crucial for the pathogenic cells' uncontrolled growth and survival. With the underlying mechanism now clear, scientists can consider how to develop drugs that target DF1, DF2, and DF3 simultaneously to reverse it.

"Because DF1, DF2, and DF3 have a high degree of similarity, we think it's actually possible to get a molecule that can block the function of all three of them, so it really simplifies our therapeutic perspective," Dr. Jaffrey said.

Dr, Jaffrey is a scientific founder, advisor, and equity owner for Gotham Therapeutics, a company focused on establishing a novel drug class targeting the epitranscriptomics machinery.