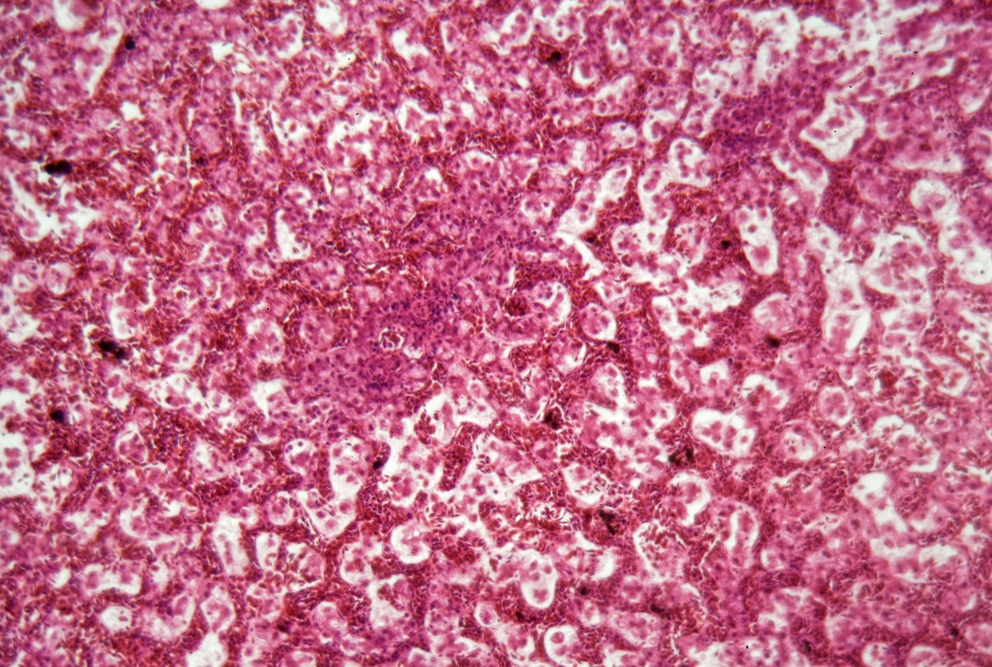 Human liver cells with cancer under a microscope. Credit: Shutterstock

An enzyme has been discovered to play a critical role in blocking the metabolic processes that contribute to the rapid growth and spread of liver cancer, according to a new study by Weill Cornell Medicine researchers, a finding that could spur development of new therapies for a condition that has been historically difficult to treat.

The study, published June 25 in Cancer Cell, demonstrates that low levels of the enzyme protein kinase C (PKC) λ/i in mice and human liver tumors are associated with the aggressive form of cancer, and that the protein acts as a tumor suppressor. The researchers also describe the metabolic pathways that PKC λ/i directly blocks to inhibit tumors.

“Treatments for liver cancer are not particularly effective as compared with other types of cancer,” said lead study author Dr. Jorge Moscat, a professor of pathology and laboratory medicine at Weill Cornell Medicine. “It’s a devastating disease.”

About 27,000 people in the United States die from liver cancer each year.The cancer is associated with nonalcoholic fatty livery disease (NAFLD), a condition in which too much fat is stored in the liver. NAFLD, which is on the rise in the U.S., is in turn linked to more common diseases such as obesity, diabetes and metabolic syndrome.

Liver cancer is difficult to treat because it is complex, Dr. Moscat said. While the origin of this type of tumor is associated with numerous genetic mutations, scientists don’t have a full understanding of which ones are directly responsible. The mutations that appear to play a critical role in driving the disease are difficult to block or slow, which is why targeted, effective treatments for liver cancer are lacking.

In the current paper, Dr. Moscat describes how the loss of PKC λ/i contributes to the proliferation of liver tumors. To obtain the fuel they need to survive, liver cancer cells activate metabolic processes that burn glucose and lipids. These two processes lead to activation of the NRF2 protein, which regulates the expression of specific gene products that drive liver cell proliferation and tumor growth.

He and his research team made this discovery by studying mice with liver cancer. When they removed PCK λ/i, the cancer cells were able to rapidly proliferate. The scientists also observed the metabolic processes and the activation of NRF2 protein in these mice.

Dr. Moscat and his team also studied 271 samples of human liver cancer from the Mayo Clinic in Minnesota, finding a significant reduction of PKC λ/i expression in aggressive forms of the cancer. In addition, the researchers studied surgically resected tissues from 139 liver cancer patients and found low PKC λ/i expression in non-tumor tissue was associated with aggressive malignancy.

Based on this research, “we think that PKC λ/i is a marker of how aggressive the disease can be,” Dr. Moscat said. “We propose that patients with lower levels of this kinase are predictably more prone to developing more aggressive cancer.”

In future studies, Dr. Moscat and his laboratory want to investigate the possibility of targeting PKC λ/i or the pathway of metabolic events it activates as a potential therapy. “Liver cancer is a terrible disease, but if we can modulate the kinase or pathway pharmacologically, we could have the next potential therapy,” he said.