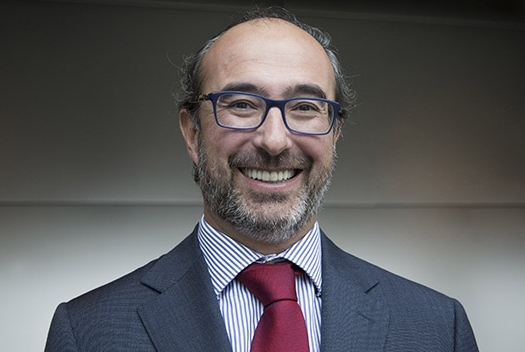 A triple combination of an investigational drug that enables immune cells to infiltrate tumors, an immunotherapy drug and chemotherapy showed promising responses in patients with the most common type of metastatic pancreatic cancer, according to data from an international phase 2a clinical trial led by Weill Cornell Medicine and Beth Israel Deaconness Medical Center investigators. The findings merit further investigation in a future phase 3 randomized controlled trial.

Preliminary data from the study, known as the COMBAT trial, were published May 25 in Nature Medicine. The study tested the experimental drug BL-8040, now called motixafortide, along with the immunotherapy drug pembrolizumab and chemotherapy in 22 patients with metastatic pancreatic cancer whose cancer did not respond to or progressed after a previous, first-line treatment.

The proportion of patients whose tumors shrank or stayed the same size, called rates of objective response and disease control, respectively, were 32 percent and 77 percent. Typical response rates in this patient population with standard chemotherapy alone have been 17 percent and 52 percent, respectively. The median duration of response was 7.8 months. Data collection for overall survival results is ongoing and will be reported when available.

About 57,600 Americans will be diagnosed with pancreatic cancer in 2020, according to the American Cancer Society. The most common type, pancreatic ductal adenocarcinoma, affects the ducts of the pancreas that transport digestive enzymes into the small intestine. Metastatic pancreatic ductal adenocarcinoma, which has spread to distant sites in the body, has the worst prognosis of all solid tumors, with a five-year survival rate of 3 percent.

“There is a great unmet need to improve outcomes for this patient population,” said Dr. Manuel Hidalgo, chief of the Division of Hematology and Medical Oncology at Weill Cornell Medicine and NewYork-Presbyterian/Weill Cornell Medical Center, who led the trial at Beth Israel Deaconness in his past role as chief of the Division of Hematology as well as clinical director of the Rosenberg Clinical Cancer Center. “Current treatments, including immunotherapies that are transforming outcomes for patients with other solid tumor types, such as lung cancer and melanoma, have had no impact in pancreatic cancer.”

The rationale for the triple regimen in the present study is to deliver a 1-2-3 punch to cancer cells. Dr. Douglas Fearon, a professor of medicine in microbiology and immunology and member of the Sandra and Edward Meyer Cancer Center at Weill Cornell Medicine, proposed the mechanism of action for the first two punches. The first involves blocking chemokine receptor-4 (CXCR4), a receptor that is over-expressed on pancreatic cancer cells, drives cancer growth, and has been associated with poor prognoses. The investigational new drug BL-8040, is an engineered small protein that inhibits CXCR4 receptors. The second punch is the immunotherapy pembrolizumab, a checkpoint inhibitor that works by “releasing the brakes” or “checkpoints” that keep immune cells called T cells from attacking cancer cells.

Based on additional preclinical data from the manufacturer of BL-8040, Dr. Hidalgo and international collaborators in Spain and Israel added the standard second-line chemotherapy regimen called NAPOLI-1 as a third punch. The chemotherapy helps to increase the efficacy of BL-8040 by making the environment around the tumor more toxic, and at the same time, decreasing the number of cells known as myeloid-derived suppressor cells (MDSCs), which typically suppress immune responses.

Prior to testing the triple combination, the researchers tested the two-drug combination of BL-8040 and pembrolizumab in a group of 37 patients with metastatic pancreatic adenocarcinoma in the second- and third-line setting — meaning after their cancers had not responded to or progressed after one or two previous treatments, respectively. Patients treated in the second-line setting showed promising results.

Throughout the study, Dr. Hidalgo and colleagues analyzed blood samples and tumor biopsy samples provided by patients before and during treatments. Consistent with preclinical studies, they observed substantial increases in circulating white blood cells and lymphocytes and T cells infiltrating the tumors, and decreased numbers of MDSCs in the cells around the tumor, called the tumor microenvironment, and in the blood.

“We are excited that we have new, promising data based on a solid preclinical hypothesis and confirmed in tumor samples,” said Dr. Hidalgo, who is also a senior member of the Sandra and Edward Meyer Cancer Center at Weill Cornell Medicine. “We’re very hopeful this triple combination strategy will prove out, but there’s more work to be done in a phase 3 randomized controlled trial.”

The study (NCT02826486) was funded by BioLine Rx, the manufacturer of BL-8040, in collaboration with Merck Sharp & Dohme Corporation, a subsidiary of Merck & Co., the manufacturer of pembrolizumab. Dr. Manuel Hidalgo is a paid consultant and has stock in PharmaCyte Biotech inc., InxMed, Agenus, Takeda and Tolero, which are clinical stages companies focused on treatments for cancer and other diseases. Dr. Hidalgo Medina also has stock in Champions Oncology Inc., a company that supports oncology drug development. Additionally, he has received travel reimbursement from PanCan, Takeda, AACR,  Agenus and BioLineRX.