Finding a Match: A Brooklyn Girl’s Need for a Donor Kidney Inspires a Community 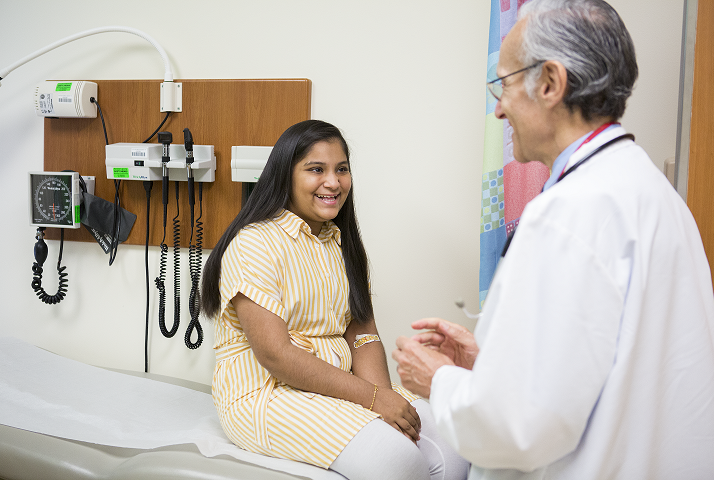 On Khadijah Sabir’s 11th birthday—surrounded by friends and family during a party in her honor at her Brooklyn elementary school, PS 177—she received what she calls “the best gift ever.” After months of incapacitating exhaustion due to chronic kidney disease, which necessitated at least 10 hours of dialysis every night for months, she got the news: a kidney donor had been found.

When Khadijah was just 9 her parents had started noticing that she seemed more fatigued than her three siblings, often falling asleep as soon as she got home from school. Eventually, high levels of creatinine in her bloodwork prompted a visit to a nephrologist, who discovered that her kidneys were failing, likely due to her extremely elevated blood pressure. “We couldn’t believe it,” says Khadijah’s father, Sajid Sabir. “Her blood pressure was worse than an old man’s.” By the time the problem was identified, Khadijah’s kidneys were in such bad shape that she was almost immediately transferred to NewYork-Presbyterian/Weill Cornell Medical Center, put on dialysis, and added to the transplant list.

Though many relatives were tested, none were a viable match, so the family turned to the media to spread the word. “We did everything,” says Sabir. “We had the news come to her school; we hosted events to raise awareness on World Kidney Day. I guess the word spread.” As a result of the media coverage, more than 20 strangers came forward to be tested to see if they were a match. “It was so heartening,” says Khadijah’s doctor, Dr. Eduardo Perelstein, director of the Division of Pediatric Nephrology in the Department of Pediatrics at Weill Cornell Medicine and chief of pediatric nephrology at NewYork-Presbyterian/Weill Cornell’s Komansky Children’s Hospital. “It’s so important for everyone to understand how significant a kidney could be to a person. It could determine whether they live or die.”

Khadijah received the transplant just two weeks after her birthday. According to her father, the surgery—which was performed by Dr. Sandip Kapur, MD ’90, chief of transplant surgery and director of the Kidney and Pancreas Transplant Programs at NewYork-Presbyterian/Weill Cornell Medical Center—went as smoothly as it could have possibly gone. “Usually it takes a little time for the kidneys to work,” says Sabir, “but as soon as Dr. Kapur put it in, it started pumping immediately.”

A few months after the surgery, Khadijah was able to attend her fifth-grade graduation ceremony along with her classmates. Her status as a transplant recipient has required some adjustments; she’s currently on five medications (two of which she’ll need to take for life), and she can’t participate in contact sports. She’s been hospitalized a few times due to high fevers—which Dr. Perelstein notes is not unusual for such patients—but all in all, her good days far outnumber the bad. Says Dr. Perelstein: “Her quality of life has improved so much.”

The publicity generated by Khadijah’s plight may well benefit other patients in the long run by drawing attention to the need for kidney donors. Ultimately, her successful match came via a different route: a system known as a donor chain. In this arrangement, a viable donor whose loved one is in need of a kidney—but for whom they’re not a match—can donate to another patient; that donor’s loved one then receives a kidney from someone else in the same situation. Though Khadijah’s donor, a woman, has chosen to remain anonymous, it’s the girl’s greatest wish to meet her—one she ranks above a family trip to Disney World. “Even though we don’t know her, she’s part of our family now, no matter what,” Sabir says of the donor. “She saved our daughter’s life.”