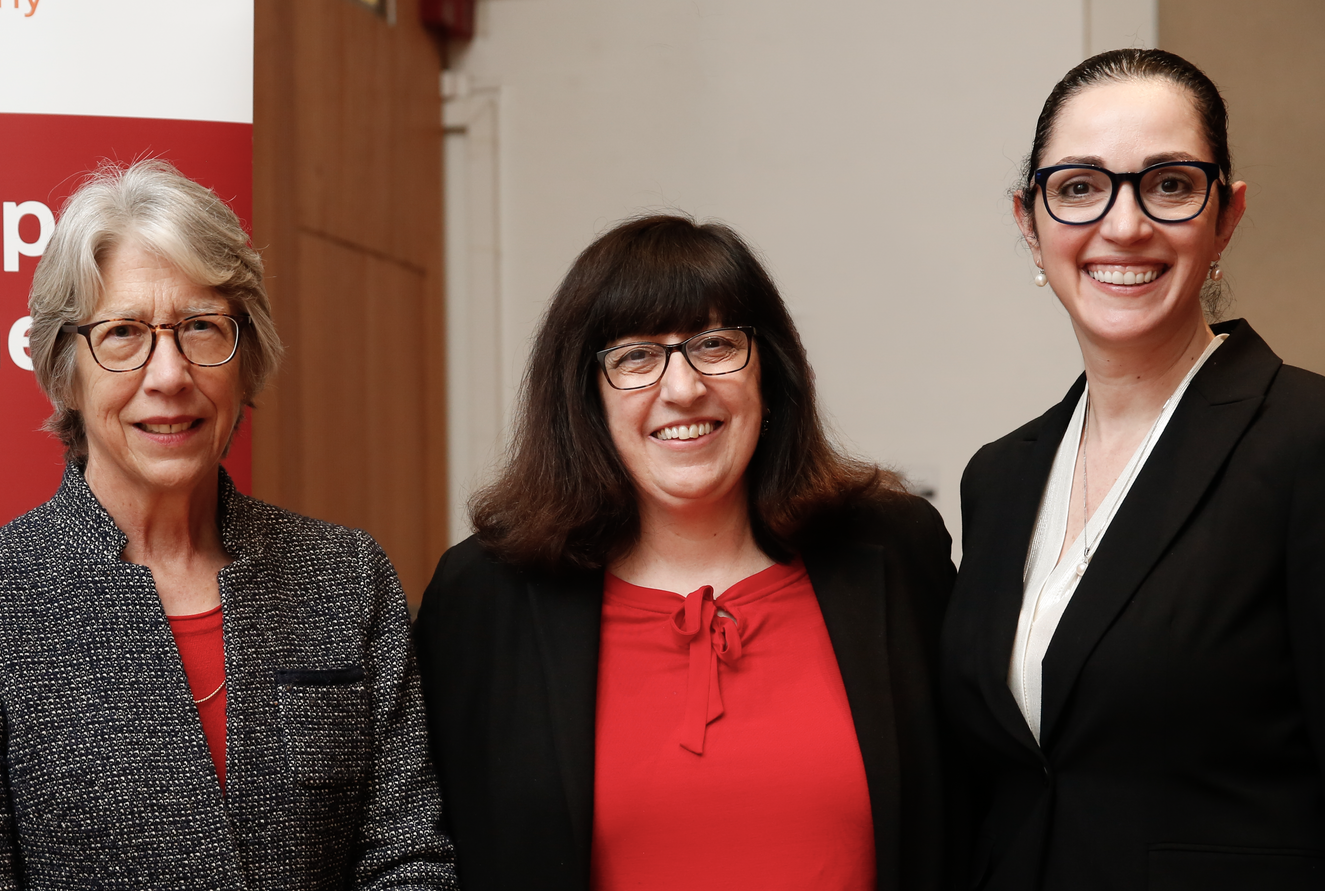 When Cornell President Martha E. Pollack talks about the experiences that shaped her career, she starts by talking about mentorship, and a pivotal conversation she had with Professor Hoyt Alverson at Dartmouth College.

As a Dartmouth undergraduate, Pollack strongly gravitated toward math and the sciences. But an anthropology course she took with Alverson to fulfill a distribution requirement made her rethink her plans. In addition to her major in math, she decided that she also wanted to major in anthropology. When she approached Alverson with the idea, she recounts, he didn't just sign the form or tell her it wasn't a good idea; instead, he engaged her in conversation, and proposed a different plan: a major in linguistics. The catch: Dartmouth didn’t have a linguistics department, so he worked with Pollack to create a self-designed major.

“And in that one conversation, this man, this professor, helped me find what would become my career,” Pollack said Jan. 15 to an audience of more than 100 Weill Cornell Medicine physicians, scientists and students in Uris Auditorium.

“He taught me about interdisciplinarity. He taught me that you could color outside the lines,” she said. “And, probably most importantly, he taught me—a 17-year-old, essentially a first-generation [college] kid who was finding my own way—that my ideas weren’t crazy and that I could be taken seriously. And to me, that’s what a mentor does. I remember Professor Alverson, and I remember how he changed my life.”

“Our focus on faculty development, mentorship and diversity means that we bring, hopefully, a specific energy and focus to ‘educational verve,’” said Dr. Katherine Hajjar, senior associate dean for faculty who oversees the Office of Faculty, referencing Pollack’s emphasis on fostering a culture of lifelong learning at Cornell. “We want everyone here, faculty and students alike, to make improbable discoveries, commit to radical ideas and respect the truth.”

January is also National Mentoring Month, launched in 2002 by MENTOR: The National Mentoring Partnership, and by the Harvard T.H. Chan School of Public Health, to drive national attention on the need for mentors. To celebrate, the institution is hosting a slate of activities—including workshops for faculty members on how to bolster emotional intelligence and how to network if you’re a quiet leader—throughout the month.

For example, women faculty will be given the opportunity on Jan. 23 to participate in “LEGO Serious Play,” a workshop designed by the Lego Group to enhance innovation and business performance. A Mentoring Town Hall with Dr. Choi will be held Jan. 30 in Weill Auditorium.

“While mentoring is something we do all year long, this is the month where we can highlight some of the special things happening at our institution,” said Dr. Ruth Gotian, assistant dean for mentoring at Weill Cornell Medicine and executive director of the Mentoring Academy, who organized Mentoring Month.

“We are leading the charge and setting the standard for mentorship,” Dr. Gotian said. “And we hope that our programming reignites and reinspires everyone to continue engaging in this way.”

For Pollack, Alverson was but one of many people whose guidance and support led her to her highest career aspirations.

“I did not, in my wildest dreams, set out to be a university president,” she said. “I chose academia because I loved research and I love teaching. But I had a number of mentors who saw something in me.”

She highlighted the top eight things she’s learned about academic leadership during her career, including the importance of having strong values especially integrity. “If I trust someone and they trust me,” she said, “we can make progress even if we really disagree on what should be done.”

She noted how success requires an understanding of other people’s perspectives—allowing one to “manage up, down and sideways,” she said—and the creation of an environment that’s based on kindness, not fear.

Pollack also emphasized that a mentor-mentee relationship does not necessarily need to be between two people with different levels of experience, pointing out that some of her most enduring and valuable mentoring relationships have been with peers.

“My request to everyone,” she said, “is both seek out and be a mentor every opportunity you have.”