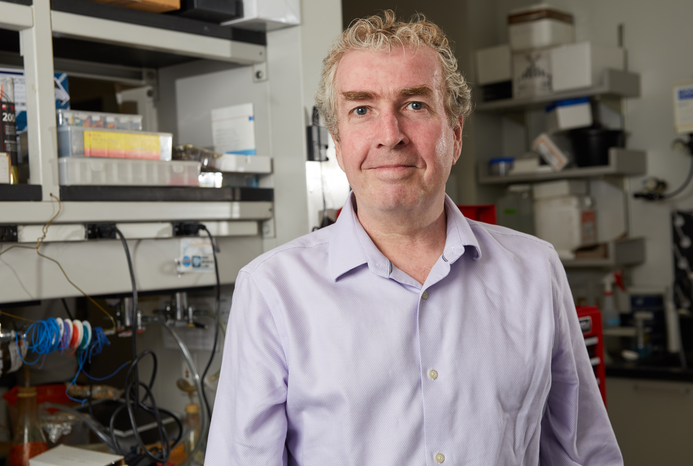 Neurons have a special mechanism that allows them to quickly boost energy production to support bursts of brain activity, according to a new study from scientists at Weill Cornell Medicine.

The discovery, published Dec. 17 in Neuron, helps dispel the mystery of how neurons achieve the necessary metabolic flexibility to adjust rapidly to varying levels of signaling activity.

The finding also points to the possibility that the failure of this special, energy-tuning mechanism may be an overlooked factor in common brain disorders including Parkinson’s and Alzheimer’s—diseases whose causes generally have remained poorly understood despite decades of study.

“Understanding how this metabolic balancing works in neurons and how it can fail will likely be very useful for the understanding of neurodegenerative disorders,” said study senior author Dr. Timothy Ryan, a professor of biochemistry and of biochemistry in anesthesiology at Weill Cornell Medicine.

The typical neuron in the brain has a long output stalk called an axon, which branches at its far end into smaller stalks tipped with tiny bud-like structures called synaptic terminals. These terminals lie closely against the input branches of other neurons, and transmit signals across the gaps—the synapses—by releasing bursts of molecules called neurotransmitters.

Synaptic terminals do not store energy, so must make it locally as needed, and will quickly shut down if that energy supply is inadequate. However, Dr. Ryan and his colleagues in prior work have shown how remarkably flexible these terminals normally are in adjusting energy production to support fast-changing levels of synaptic activity. The scientists in their new study found a protein, MICU3, that helps explain how synaptic terminals achieve this metabolic flexibility.

The main unit of energy used by all living cells is an organic molecule called adenosine triphosphate (ATP). Cells, including neurons, can produce small amounts of ATP by essentially taking glucose molecules, which in humans are always present in the blood, and breaking them in two—a simple reaction called glycolysis. But cells can produce almost 20 times as much ATP, per glucose molecule, by feeding the main products of a glycolysis reaction into a more complex set of reactions that use oxygen. This “oxidative” energy production process—the reason we breathe—is handled mostly within special oxygen reactors in cells, called mitochondria. Ryan and his team found that MICU3, a mitochondrial protein expressed only in the brain, makes it easy for mitochondria in a synaptic terminal to switch on oxidative ATP production whenever the synapse is active.

“Mitochondria in cells other than neurons take up calcium only when the local calcium concentration is high, and for a quarter-century that was assumed to be true for neuronal mitochondria too,” Dr. Ryan said. “Our findings indicate that, thanks to MICU3, neuronal mitochondria have a much lower threshold for calcium uptake and thus can do a better job keeping pace with synaptic activity.”

Dr. Ryan and his team are now examining whether MICU3 or other factors supporting a normal metabolic balance are disrupted in Parkinson’s disease and contribute to the loss of neurons in the disease.