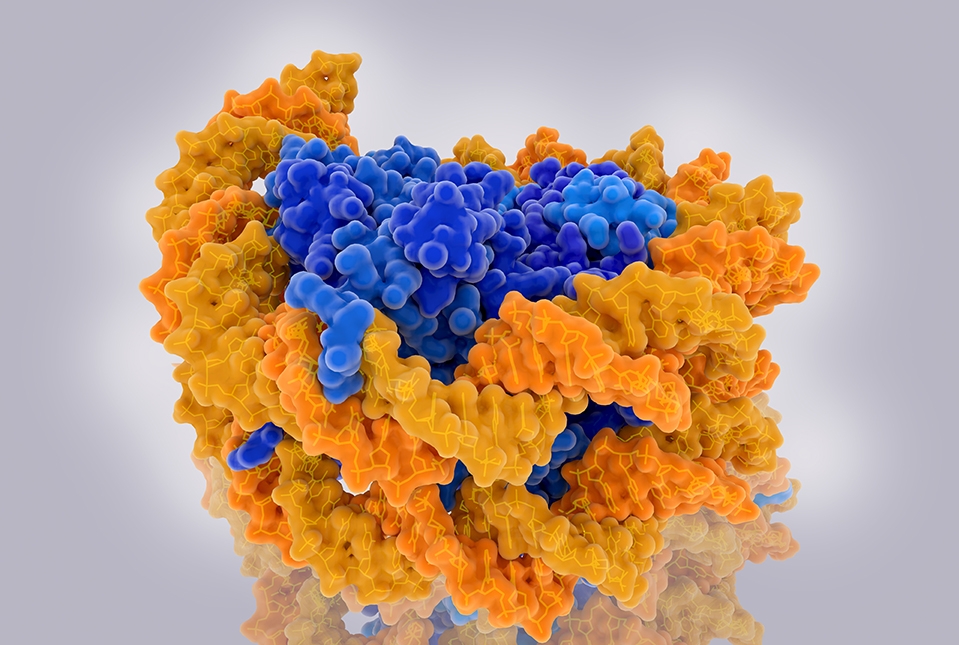 A change in the protein composition of chromatin—the condensed, packaged form of DNA in the nucleus—boosts the expression of metastasis-related genes; blocking this change appears to stop tumor cells from forming new tumors in mice, suggests a study by Weill Cornell Medicine investigators.

In the study, published Sept. 26 in Cancer Cell, the investigators discovered that swapping a common chromatin building-block protein called a histone for a more rare form of histone is a key step in cancer metastasis. In the nucleus, DNA is tightly wound around the spool-like histones into a compact package called chromatin. How tightly the DNA is wound around these spools affects gene expression and determines how well DNA is protected from potentially harmful mutations. Replacing the usual histones with a rare type of histone called H3.3 appears to drive metastasis by ramping up expression of genes that help cancer cells spread to other organs. But preventing this histone swap hampers cancer cells’ mobility and stops them from forming new tumors in mice.

“This reveals a new therapeutic target for aggressive cancers,” said Dr. John Blenis, the Anna-Maria and Stephen Kellen Professor in Cancer Research and associate director of basic science of the Sandra and Edward Meyer Cancer Center and a professor of pharmacology at Weill Cornell Medicine.

Metastasized cancers are notoriously difficult to treat. Pharmaceutical companies have developed drugs targeting mutations in a protein called ERK, which drive the expression of metastasis-linked genes. But the long-term effectiveness of ERK-targeting therapies has been disappointing. This has led scientists to look for other steps in the process that may make good targets for treatment.

In a series of laboratory experiments, the team showed that ERK reduces the expression of a protein called CAF-1, which wraps DNA around its typical histone partners. As a result, the typical histones are left off. Then, another protein called HIRA steps in and instead places the H3.3 histone near cancer metastasis genes boosting their expression.

When they reduced the expression of CAF-1 in cancer cells grown in the laboratory and transplanted these cells in mice they readily spread and formed new tumors. But cancer cells with enhanced expression of CAF-1 were less mobile and unable to form new tumors when transplanted in mice. Next, they looked at samples from human breast cancer patients and found that CAF-1 is also suppressed in metastasized cancer cells collected from these patients, but not in patients’ original tumors.

“This tells us that this is a very important mechanism in metastasis,” said co-lead author Dr. Didem Ilter, a postdoctoral associate in Dr. Blenis’s laboratory. “CAF-1 suppression might also be used as a biomarker for metastasis.”

They also showed that reducing HIRA production in breast cancer cells blocks their ability to form new tumors when implanted in mouse lungs, suggesting that drugs targeting HIRA may be beneficial.

“It’s of tremendous importance for cancer patients to develop drugs that can kill metastases,” Dr. Gomes said. “We are continually working on understanding mechanisms of metastasis and trying to develop HIRA-inhibiting drugs that hopefully can be used in the clinic one day.”