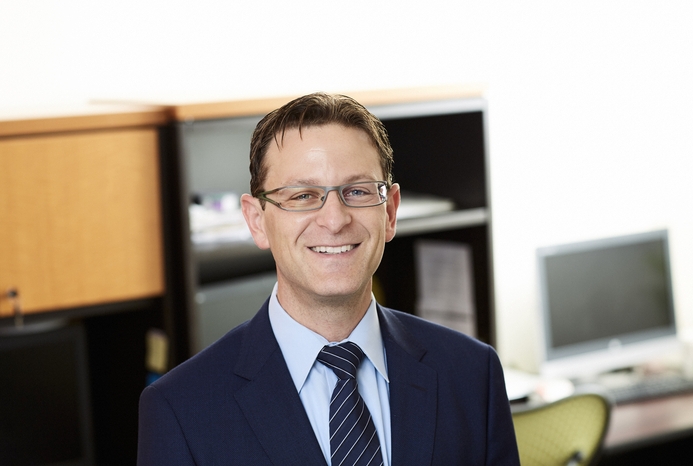 Personalized medical interventions to improve cardiovascular, metabolic and other modifiable risk factors for Alzheimer’s disease may improve cognitive function, according to a study led by researchers at Weill Cornell Medicine and NewYork-Presbyterian. If confirmed with larger studies, the researchers’ approach could become a common way of extending cognitive health, which may reduce risk of Alzheimer’s dementia in late life.

The study, published Oct. 30 in Alzheimer’s & Dementia: The Journal of the Alzheimer’s Association, enrolled 174 people (aged 25 to 86 years) with a family history of Alzheimer’s disease who contacted the Alzheimer’s Prevention Clinic at Weill Cornell Medicine and NewYork-Presbyterian. The researchers gave each participant detailed recommendations based on the participant’s body composition (e.g., percent body fat), blood pressure, cholesterol level, blood sugar level, genetics, cognitive test scores and several other factors that have been linked to Alzheimer’s risk. This approach was termed “individualized clinical management” of people at risk for Alzheimer’s dementia, which is based on emerging concepts of precision medicine. The investigators found that after 18 months, most participants had improved their scores on a combination of cognitive tests related to the type of cognitive decline that occurs in patients with Alzheimer’s disease.

“This study suggests that in a real-world clinic setting, multi-domain individualized interventions may benefit the many patients who are at risk for cognitive decline and Alzheimer’s dementia,” said study lead investigator Dr. Richard Isaacson, who is an associate professor of neurology at Weill Cornell Medicine and director of the Alzheimer’s Prevention Clinic at Weill Cornell Medicine and NewYork-Presbyterian.

A few clinical trials in recent years have provided evidence that simple health-boosting interventions such as increasing exercise, strengthening cognitive engagement, improving blood pressure control, and improving diet, can reduce the risk of cognitive decline and dementia in older adults. Other studies have associated atherosclerosis, hypertension, diabetes, obesity and other common age-related disorders with an increased risk of Alzheimer’s dementia—hinting that interventions to control those conditions also would reduce Alzheimer’s dementia risk. Many researchers therefore are hopeful that applying an array of personalized medical and lifestyle-change interventions in older people could mean hundreds of thousands fewer dementia cases each year in the United States alone.

But positive results from randomized clinical trials, which typically require stringent adherence, don’t always translate to the real world. Dr. Isaacson and his colleagues therefore designed a comparative effectiveness trial to determine if people will comply with personally-tailored interventions to the extent necessary to see a benefit.

“To our knowledge, this is the first study in a real-world setting that aimed to translate these earlier study findings to clinical practice and examine patient-care outcomes,” said Dr. Isaacson.

From 2015 to 2018, Dr. Isaacson and his colleagues enrolled 174 participants for their study, giving them an average of 21 recommendations each, for example to get more exercise or sleep, optimize their cholesterol and blood sugar control, practice stress reduction techniques, or to adopt a heart-healthy Mediterranean diet high in vegetables, fatty fish (like wild salmon), extra-virgin olive oil, and nuts, among many other interventions. Each participant was seen at the study outset and every six months for 18 months. Dr. Isaacson and colleagues classified the participants as “higher compliance” if they followed more than 60% of recommendations overall, or as “lower compliance” if they did not. The researchers also considered participants with no evident cognitive decline at the outset as a cognitive impairment “prevention” group, and those with mild cognitive impairment due to Alzheimer’s disease at the outset as an “early treatment” group. In all, 154 participants, more than 75% of whom were above age 50, attended the clinic for at least one follow-up visit and were included in the analysis.

After 18 months, the higher- and lower-compliance “prevention” participants, who had a baseline score of approximately 72 out of a 0-100 score range, had improved their scores by 4.6 and 4.5 points on average on a modified version of a cognitive test used in Alzheimer’s research. The “early treatment” group, who had a baseline score of approximately 55, contained only 35 people, but higher-compliance members of this group improved by an average of 4.8 points, while the lower-compliance members declined by 6 points on average.

Considering that this was a real-world comparative effectiveness study in an outpatient clinic setting, there was no formal “control group”. However, all participant groups except the low-compliance early-treatment group appeared to fare significantly better over the 18-month study when compared with age-matched counterparts—who didn’t receive interventions—in two prior studies of cognitive decline.