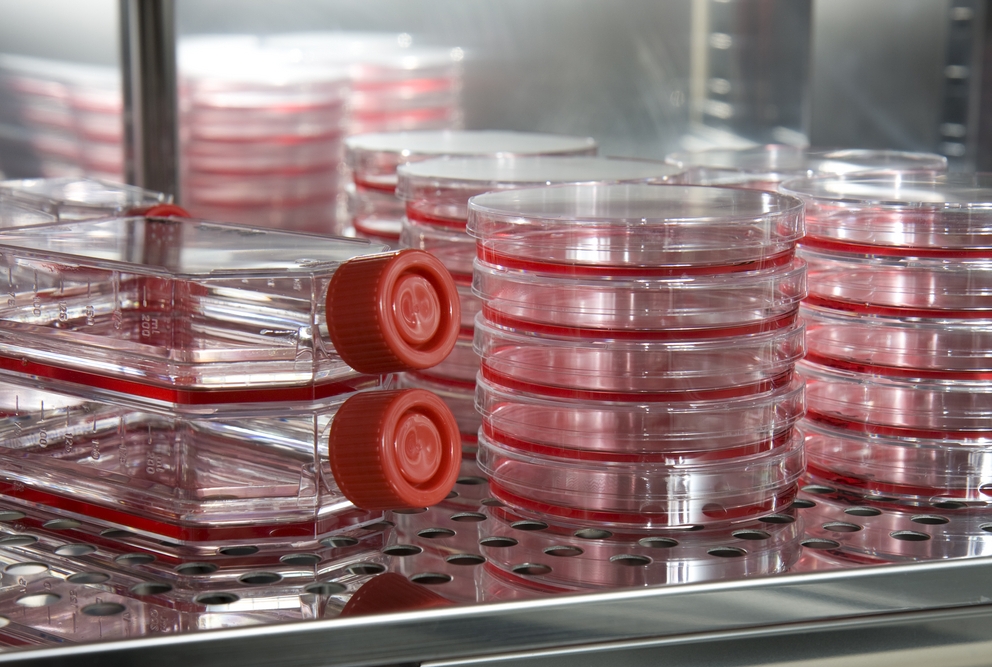 The most common type of non-Hodgkin lymphoma depends for its aggressive growth and survival on an enzyme that can be therapeutically targeted with a novel compound developed at Cornell University, scientists at Weill Cornell Medicine and Cornell’s Ithaca campus have discovered.

The scientists, whose study appeared on June 10 in Cancer Cell, found that diffuse large B cell lymphomas (DLBCLs) are “addicted” to an enzyme called SIRT3, which boosts their metabolism to support their rapid growth. The scientists developed a SIRT3-blocking compound that rapidly kills DLBCL cells in the culture dish and in mice. Although DLBCL cells often carry different sets of cancer-driving gene mutations, the researchers concluded that SIRT3 over-activity is a core feature that exists across all these genetic subtypes.

“This SIRT3-inhibitor approach has the potential to benefit many non-Hodgkin lymphoma patients, including those with poor responses to standard treatments, because it targets a feature of these lymphomas that is independent of their genetics,” said co-senior author Dr. Ari Melnick, the Gebroe Family Professor of Hematology/Oncology and member of the Sandra and Edward Meyer Cancer Center at Weill Cornell Medicine.

Each year in the United States, there are more than 15,000 new cases of and about 6,000 deaths from DLBCLs. These lymphomas arise from antibody-making B cells and account for roughly a third of all non-Hodgkin lymphomas. DLBCLs are known for their aggressive growth, and although current therapies work for many DLBCL patients, about 40 percent of patients fail to respond to them or relapse after an initial course of treatment. Thus there is an urgent need for better treatment options.

DLBCL has been a challenge to treat in part because this cancer typically varies in its gene mutations from patient to patient, and even within individual patients as it evolves in the course of disease. “The precision-medicine approach that targets individual mutations has limitations when applied to DLBCLs,” Dr. Melnick said. “In my lab we’ve been trying to identify fundamental factors that these cancers depend on regardless of their mutations.”

In the new study, Dr. Melnick and colleagues began by examining the importance to DLBCLs of seven human enzymes called sirtuins or SIRTs. Prior studies had hinted that some of these may have central roles in different cancers. SIRT3 was not really a suspect, though; in fact, it had been reported to have a beneficial, anti-cancer effect in some solid tumors. To the scientists’ surprise, SIRT3 showed by far the strongest cancer-promoting effect in DLBCLs; depleting the enzyme from eight different DLBCL cell lines—which vary in their gene mutations—led to the widespread deaths of these cells.

The team went on to find that SIRT3 depletion also has this strong anti-cancer effect in DLBCL cells taken from lymphoma patients. They found too that SIRT3 gene activity is higher in these DLBCL cells than in the healthy B cells from which DLBCLs arise—and that higher SIRT3 gene activity correlates with a lower chance of patient survival. Even more conclusively, they observed that blocking SIRT3 gene activity in a mouse model of DLBCL strongly suppresses the growth of these lymphomas, while eliminating the SIRT3 gene prevents the formation of DLBCLs in mice with an overly active oncogene called BCL2 that otherwise spurs the development of lymphoma.

Investigating the mechanism of SIRT3’s lymphoma-promoting effect, Dr. Melnick and his team found that the enzyme turbo-charges a basic metabolic process within cells that supports rapid cell division. “When we block SIRT3 to remove that turbo-charging effect, the lymphoma cells become kind of desperate,” Dr. Melnick said, who has received a commercial research grant from Janssen and has been a paid consultant for Epizyme and Constellation Pharmaceuticals. Bereft of their usual sustenance, the cells activate a waste-recycling process called autophagy that in this case leads to their rapid deaths.

Working with the laboratory of Dr. Hening Lin, professor of chemistry at Cornell University and co-senior author on the study, the team developed chemical compounds that inhibit SIRT3 activity. One compound, called YC8-02, strongly suppresses DLBCL growth in a standard DLBCL mouse model, with no evident toxicity. The experiments also suggest that SIRT3 isn’t critical for the functions of normal, noncancerous B cells, and thus SIRT3 inhibitor drugs might be relatively free of side effects.

Drs. Melnick and Lin are continuing to develop their SIRT3 inhibitor as a potential new lymphoma drug.

“My lab has been working in the sirtuin field for over 10 years and we have developed potent inhibitors for several other sirtuin enzymes,” said Dr. Lin. “But SIRT3 had generally been considered a tumor suppressor until Dr. Melnick’s lab discovered the unique properties of DLBCL and SIRT3’s role in fostering the disease. The collaboration between the two labs really highlighted the value of chemists and cancer biologists working together.”