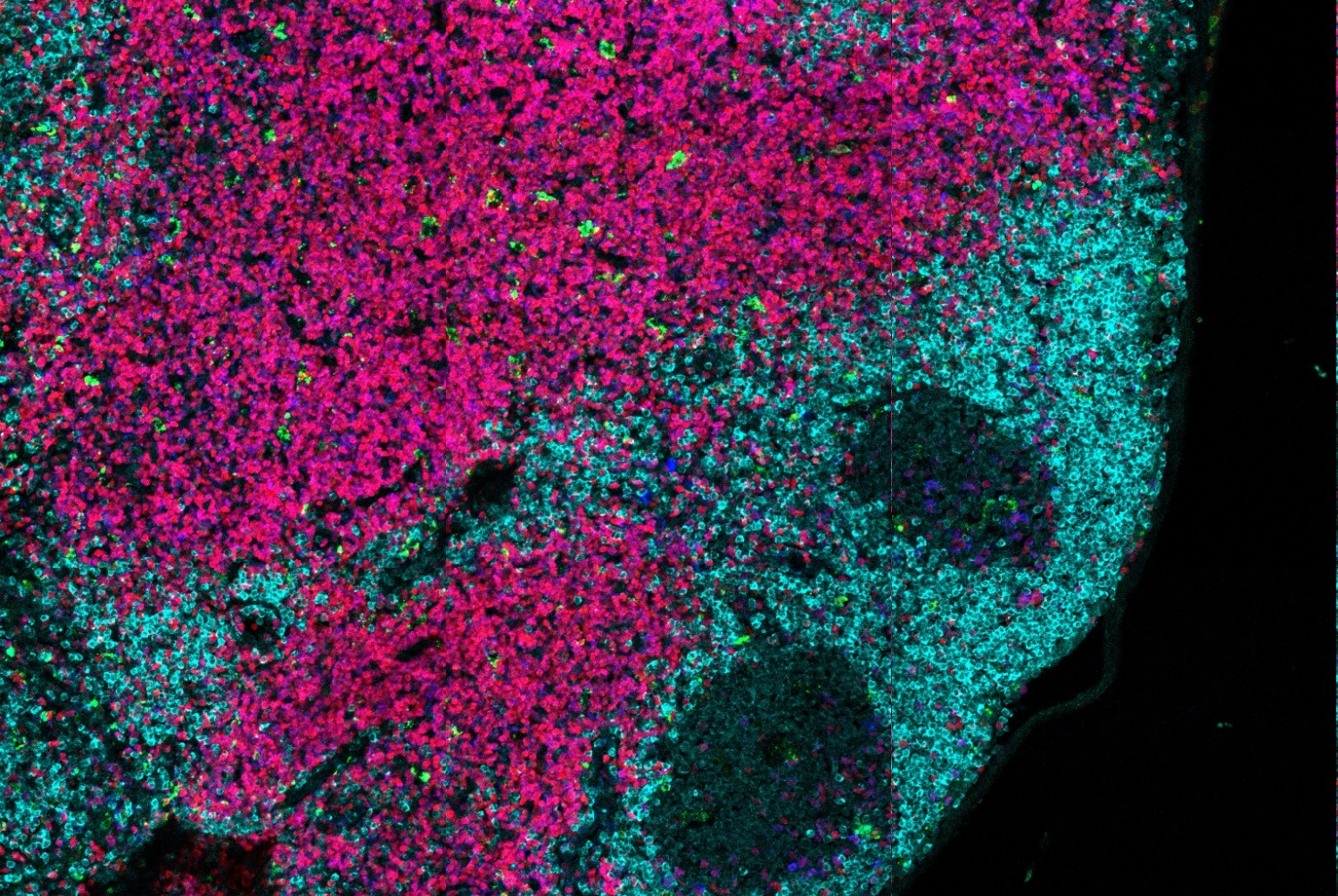 A molecule best known for its association with migraines may be a key to new treatments for common worm infections as well as allergic inflammatory disorders such as asthma, according to a study from scientists at Weill Cornell Medicine and the National Institutes of Health (NIH).

The scientists, whose work was published July 25 in Immunity, found a subset of white blood cells that reside in the lungs of mammals and produce the molecule, called CGRP, during worm infection in mice. The researchers discovered that the effect of CGRP in this context is to restrain the main immune response against the worms, known as a type 2 immune response. In the absence of CGRP signaling, this response is stronger and the worm infection ends more quickly.

The discovery suggests that CGRP-blocking drugs, developed in recent years to treat migraines, might also be useful in treating worm infections, which affect more than a billion people globally. Just as importantly, the findings hint that future drugs enhancing CGRP signaling could be useful against common inflammatory disorders such as asthma, food allergy and atopic dermatitis, which are caused by excessive type 2 immune responses.

“In this collaborative multi-center study, we have identified a new function for CGRP, essentially as an off-switch for allergic inflammation in murine models,” said Dr. David Artis, director of the Jill Roberts Institute for Research in Inflammatory Bowel Disease, director of the Friedman Center for Nutrition and Inflammation and the Michael Kors Professor of Immunology at Weill Cornell Medicine. Dr. Artis has contributed to scientific advisory boards for MedImmune, Pfizer, the Kenneth Rainin Foundation, and Food Allergy Research & Education.

The research was a collaboration between Dr. Artis’s team at Weill Cornell Medicine and a group led by Dr. John O’Shea, scientific director at the National Institute of Arthritis and Musculoskeletal and Skin Diseases, part of the NIH.

The scientists’ overall aim was to better understand the details of the type 2 immune response. This response is thought to have evolved principally to help mammals ward off parasitic worm infections, but in humans it also underlies allergic disorders such as asthma and atopic dermatitis.

The researchers collected white blood cells from the lungs of mice following roundworm infection, and analyzed the cells using a cutting-edge technique called single-cell sequencing. “Traditionally, scientists study tissue by averaging results from samples that include thousands or millions of cells, but that approach misses the ways in which individual cells in the sample differ from one another,” Dr. Artis said. “Single-cell sequencing allows us to capture that individuality by identifying the distinct set of genes being expressed in each cell.”

“This allowed us to take an unbiased look at what was going on with immune cells in the tissue,” said Dr. O’Shea.  “The results were surprising. We were not expecting to identify a role for a molecule involved in migraines. That’s the advantage of this approach – you see the unexpected.”

The analysis revealed multiple subsets of white blood cells that appear to represent different units in the complex cellular army of the immune system. One of these cell types, belonging to a broad category called innate lymphoid cells, was of interest because its gene expression signature indicated that it produces a type 2 immune response-promoting protein called IL-5, and also CGRP.

CGRP is best known as a neuropeptide, a small protein secreted by neurons and nerve endings in various tissues. It dilates blood vessels, and is somehow involved in triggering the pain of migraines. However, the scientists found that in the context of roundworm infection of the lung, CGRP produced by innate type 2 lymphoid cells has an anti-inflammatory effect. It acts on the very cells that produce it to restrain their proliferation, and in that way dials down the type 2 response. In contrast, the researchers observed that lab mice engineered to lack CGRP mount a stronger type 2 response and expel infecting roundworms more quickly than ordinary lab mice that make CGRP.

CGRP could very well have the same function in humans, Dr. Artis said. If so, then blocking its signaling would unleash a stronger type 2 response and allow for more effective clearance of worm infections. CGRP-blocking drugs that could be taken orally, in pill form, are already under development for the treatment of migraines.

Drugs that do the opposite—increasing CGRP signaling activity and thereby restraining the type 2 immune response—haven’t yet been developed, but they might be useful to treat disorders that are driven by excess type 2 activity. Such disorders include asthma, food allergy and atopic dermatitis.

“More work needs to be done in this area, but we’re excited that we might be able to target CGRP therapeutically to modulate disorders related to allergic inflammatory responses,” Dr. Artis said.

Dr. Artis also noted that CGRP produced in nerve ends in the skin and other tissues is thought generally to help the nervous system communicate with the immune system. The identification, in this study, of immune cells that are sensitive to CGRP might thus be a key to understanding this “neuro-immune” cross-talk. “We think we’re just at the tip of the iceberg in terms of knowing how this cross-talk works and how it affects human health and disease,” he said.