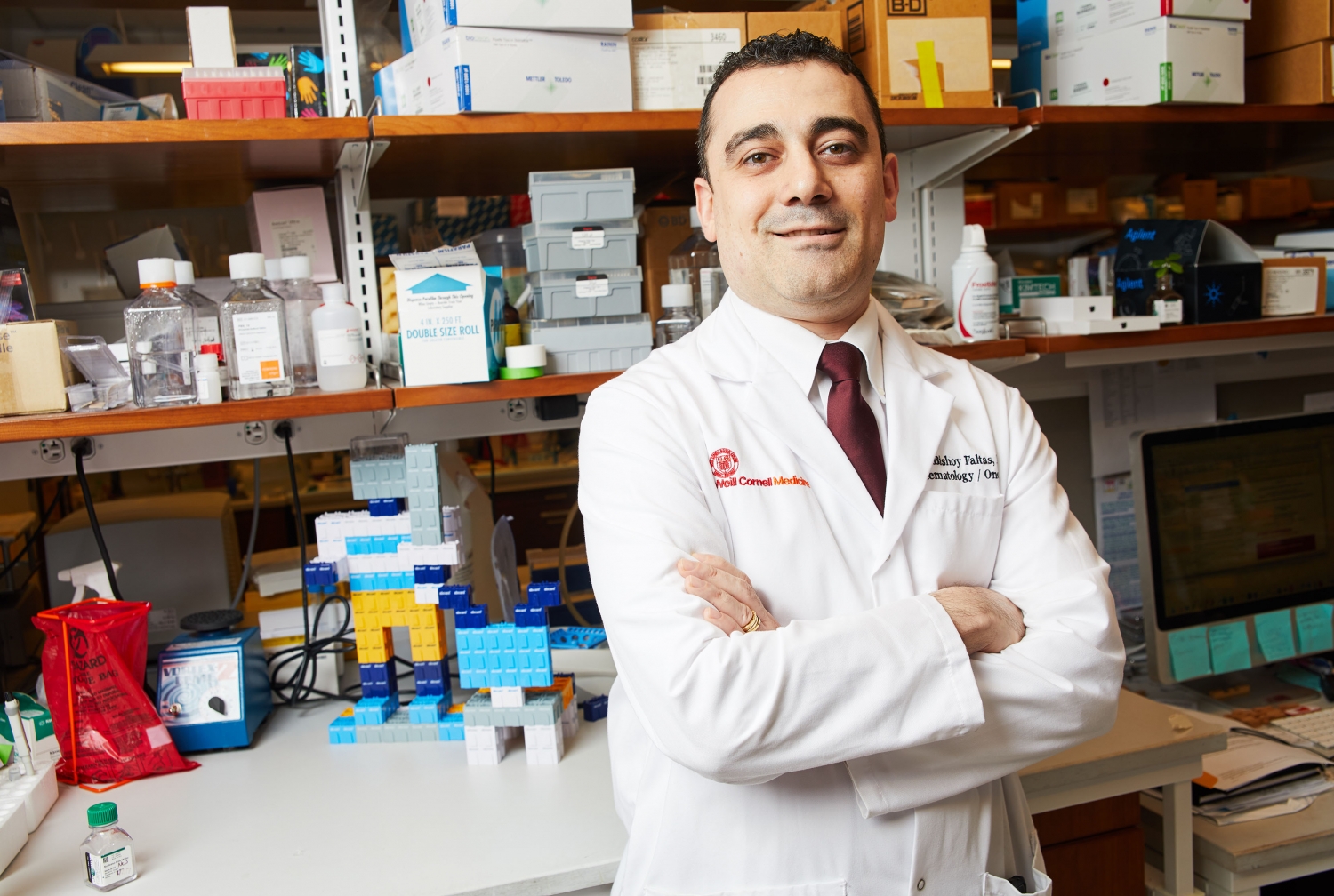 Findings from a recent study by a team of Weill Cornell Medicine and NewYork-Presbyterian researchers explain why a bladder cancer patient responded exceptionally well to a targeted drug when others did not. Their insights, using a precision medicine approach, could lead to the development of improved biomarkers for selecting bladder cancer patients who are most likely to respond to targeted therapies in future clinical trials.

Up to 32 percent of bladder cancer patients have alterations in the human epidermal growth factor receptor 2 (HER2) gene, which is also known to be altered in patients with breast cancer. However, clinical trials testing anti-HER2 therapies have failed to show consistent benefits for bladder cancer patients. “Several trials did not meet their primary endpoints,” said senior study author Dr. Bishoy Faltas, assistant professor of medicine and of cell and developmental biology, and director of bladder cancer research at the Caryl and Israel Englander Institute for Precision Medicine at Weill Cornell Medicine. “However, it is important to remember that even in those trials a few patients had responded, including some with durable responses. Our analysis of exceptional responses may explain why.”

In the study, published March 1 in the Journal of the National Comprehensive Cancer Network, the team used whole exome and RNA sequencing to analyze protein-coding genes in the primary and metastatic tumors from bladder cancer patients. They discovered that one bladder cancer patient had extremely high expression levels of the HER2 messenger RNA, the molecule that relays instructions for protein production. These outlier levels of HER2 expression placed her cancer in the 95th percentile, compared with bladder cancers from other patients. Based on her sequencing results, the patient was treated with the anti-HER2 drug trastuzumab in combination with the chemotherapy drug docetaxel.

Surprisingly, the patient experienced a complete response and total disappearance of all lesions. She has now been in full remission for four years, which is rare in patients with metastatic bladder cancer, said Dr. Faltas, who is also an oncologist at NewYork-Presbyterian/Weill Cornell Medical Center. To understand why she experienced such a dramatic and sustained response, the researchers dug further for answers. They discovered that the high HER2 gene expression in her tumor intensely activated a downstream network of genes in the HER2 pathway upon which the cancer cells had become dependent. “Her cancer had developed an addiction to extreme levels of HER2 signaling,” Dr. Faltas said. “That’s why the patient responded so well to trastuzumab.”

The investigators also reviewed the patient’s results from two tests commonly used to select patients for clinical trials —immunohistochemistry (IHC) and fluorescence in situ hybridization (FISH). “IHC and FISH results did not adequately describe the extent of this patient’s HER2 gene amplification. Also, they could not identify that her cancer was addicted to HER2 signaling,” Dr. Faltas said. “IHC and FISH also have numerous technical limitations, including a limited dynamic range that makes it hard to identify patients with extreme levels of protein expression.”

Patients with bladder cancer that has spread to distant organs still have low survival rates. Recently, the U.S. Food and Drug Administration approved the first targeted therapy called erdafitinib for advanced bladder cancer with specific FGFR3 gene mutations, but there is a significant unmet need for new targeted therapeutic approaches. The success of these treatments depends to a large extent on having accurate biomarkers to predict benefit.

“Future testing of targeted treatments for patients with HER2 alterations will require tests that go beyond IHC and FISH by integrating clinical-grade genomic and RNA sequencing,” Dr. Faltas said. “We hope that this precision medicine approach will lead to more accurate biomarkers to help identify the subset of bladder cancer patients who are more likely to respond to such targeted treatments.”

Dr. Faltas has received funding from the Department of Defense CDMRP grant CA160212.