Physicians, Researchers and Policymakers Around the Globe are Grappling with the Rise of Antibiotic-Resistant Bacteria—a Threat with the Potential to Derail Decades of Medical Advances 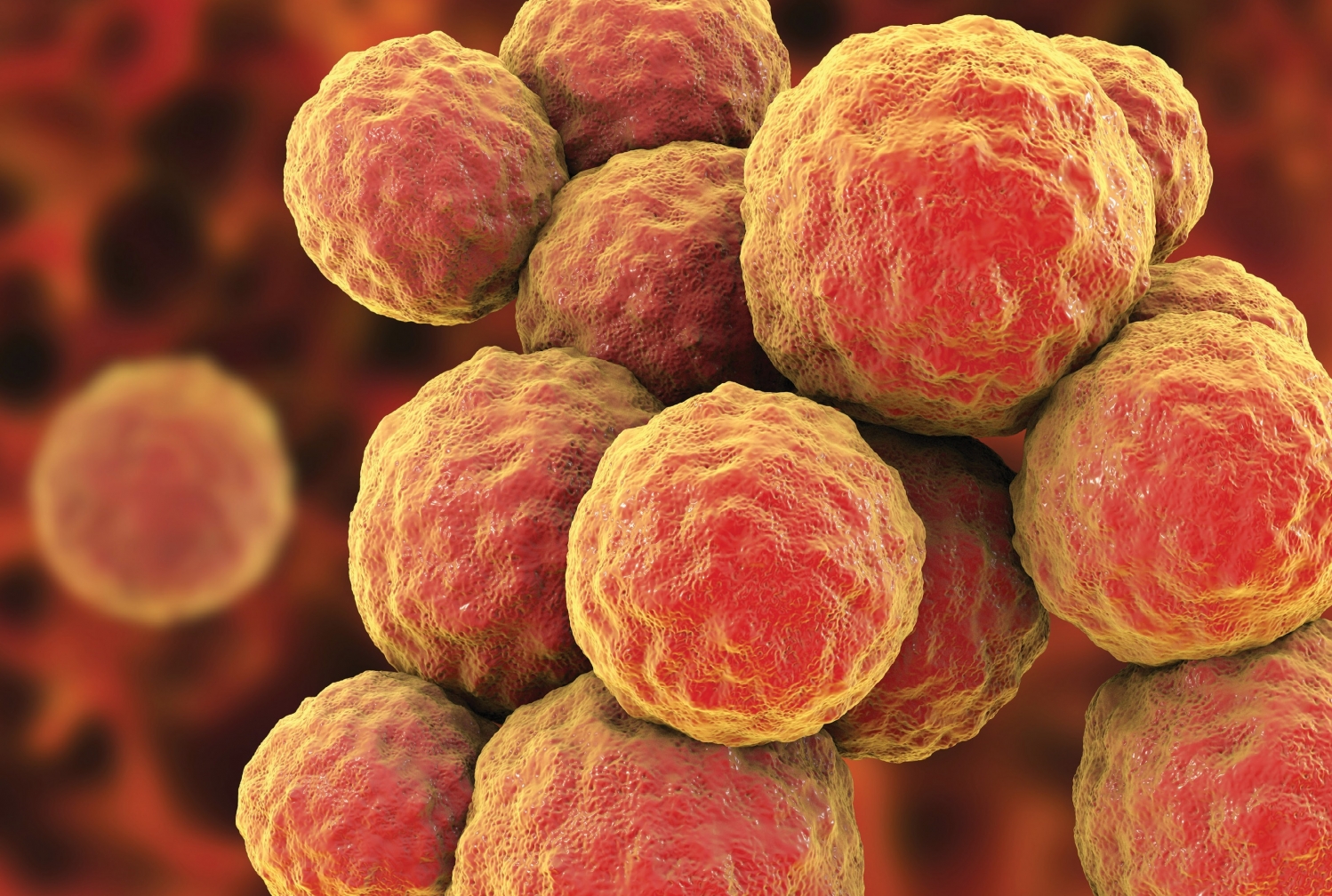 Persistent Pathogen: An illustration of methicillin-resistant Staphylococcus aureus (MRSA), a bacterium that has evolved the ability to evade a once-potent antibiotic: Credit: Kateryna

In an earlier era, Dr. Carl Nathan might not have lived to see his first birthday. Born in 1946, Dr. Nathan contracted bacterial pneumonia as an infant. His life was saved by penicillin—a “miracle” drug that had prevented untold numbers of military casualties in World War II and had only recently been released to the civilian population. Flash forward to today: while medical science has advanced remarkably in many ways, that particular drug has lost its power against pneumonia—because, as is the case for myriad antibiotics, the bacteria that cause the disease have evolved the ability to resist it. “Within the lifespan of a single, not yet terribly old person—in effect, the blink of an eye—we’ve come to benefit enormously from these life-saving drugs, which are the single most useful class of medicines,” observes Dr. Nathan, the R.A. Rees Pritchett Professor of Microbiology and Immunology and chairman of the department, “and to face losing them, because of our profligate approach to how we use them.” 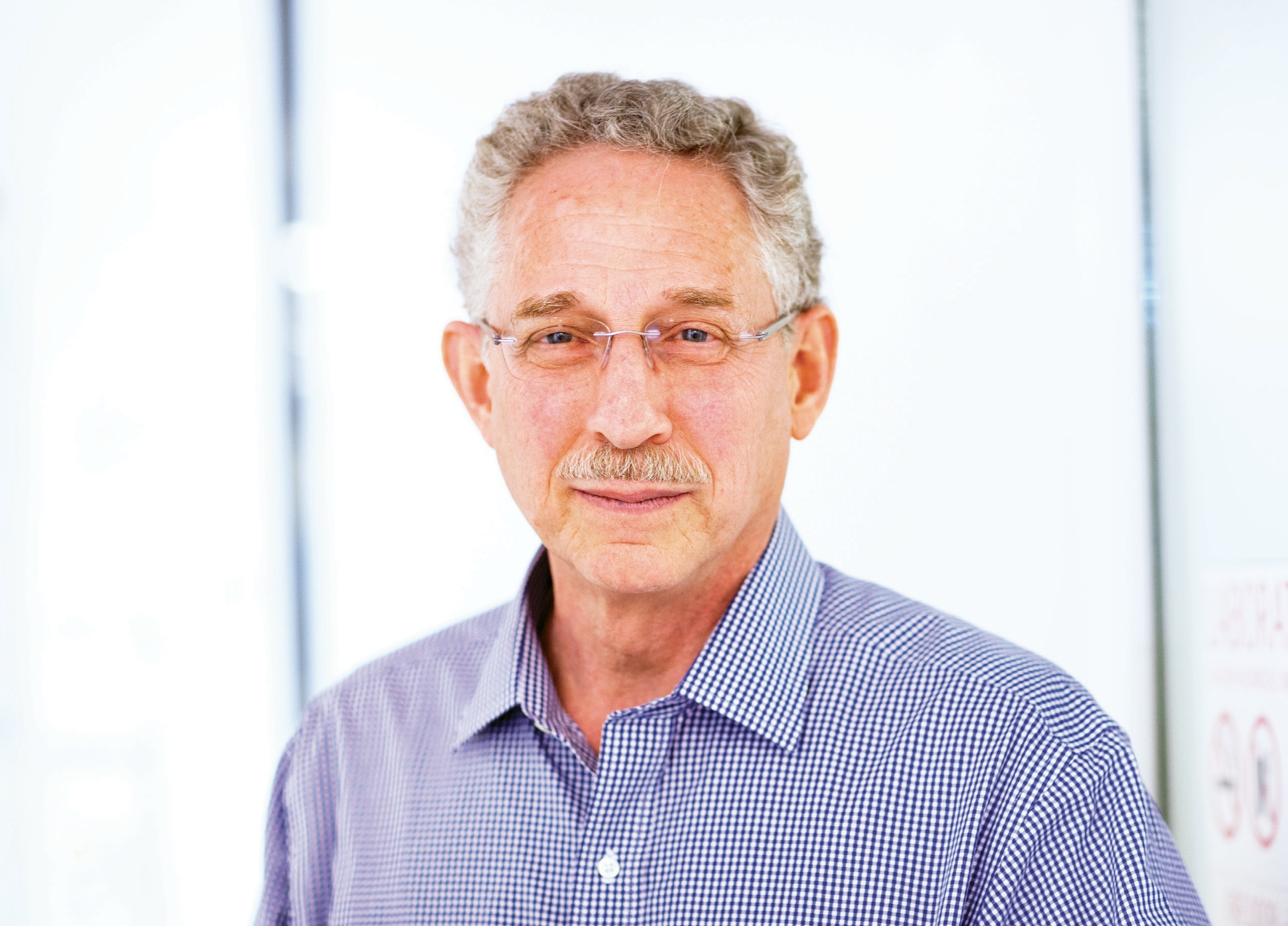 An expert on tuberculosis (TB), Dr. Nathan has long been sounding the alarm about the perils of antibiotic resistance. Over the past 15 years, he has repeatedly addressed the issue in academic journals, the mainstream media and forums with national and international policymakers. It’s a pressing concern: according to the Centers for Disease Control and Prevention (CDC), resistant infections cause 23,000 deaths and two million illnesses each year in the United States alone. As one CDC official—Dr. Arjun Srinivasan, associate director of Healthcare Associated Infection Prevention Programs—warned in a May 2017 keynote address at a symposium on antibiotic resistance co-sponsored by Weill Cornell Medicine and the Ithaca campus, the danger has risen so high that resistance should be counted among the problems that “can threaten the very security of the nation or the world.”

The reasons for the current predicament are no mystery. For decades, antibiotics have been overprescribed and overused—from their widespread application in agriculture (where they’re routinely given to animals because they make them gain weight faster) to the classic conundrum of a pediatrician faced with parents clamoring for a prescription for their sick toddler, even though the illness could well be viral and the drug of no use. According to a 2017 CDC report, some 30 percent of antibiotics prescribed in doctors' offices, emergency departments and hospital clinics are not needed—for a whopping 47 million unnecessary prescriptions written annually. And the more antibiotics there are out in the world, the faster organisms evolve resistance to them, and the sooner the drugs become useless. “What we’re seeing now, looking back, is that microorganisms can outwit almost everything we have,” says Dr. Roy Gulick, chief of the Division of Infectious Diseases and a professor of medicine at Weill Cornell Medicine and an internist and infectious disease specialist at NewYork-Presbyterian/Weill Cornell Medical Center. “And it’s become a real crisis, particularly in recent years—to the point that we now have bacteria that are resistant to all available drugs. That is a real concern. When you try to explain to family members that their loved one has an infection that we don’t have a treatment for, people are shocked and skeptical. They wonder, ‘Why don’t you?’—and that’s a valid question.”

That conundrum underscores the other side of the equation: the dearth of new drugs to replenish the antimicrobial arsenal. Why hasn’t drug development kept pace with resistance? Experts say the reasons are more economic than scientific. Given the resistance issue—plus the fact that these drugs are generally needed only occasionally and taken for just days or weeks—pharmaceutical companies have gravitated away from them; far more profitable are the medications, like those for high blood pressure or cholesterol, that people take every day for decades. “The pharmaceutical industry left anti-infectives research because the economics of it didn’t work out,” says Dr. Kyu Rhee, associate professor of medicine and of microbiology and immunology. “It was difficult to rationalize investing the money, time and effort to make a product that will have a limited duration of use and limited shelf life before it risks becoming nonfunctional due to resistance. The business model for the return on investment just wasn’t there.” 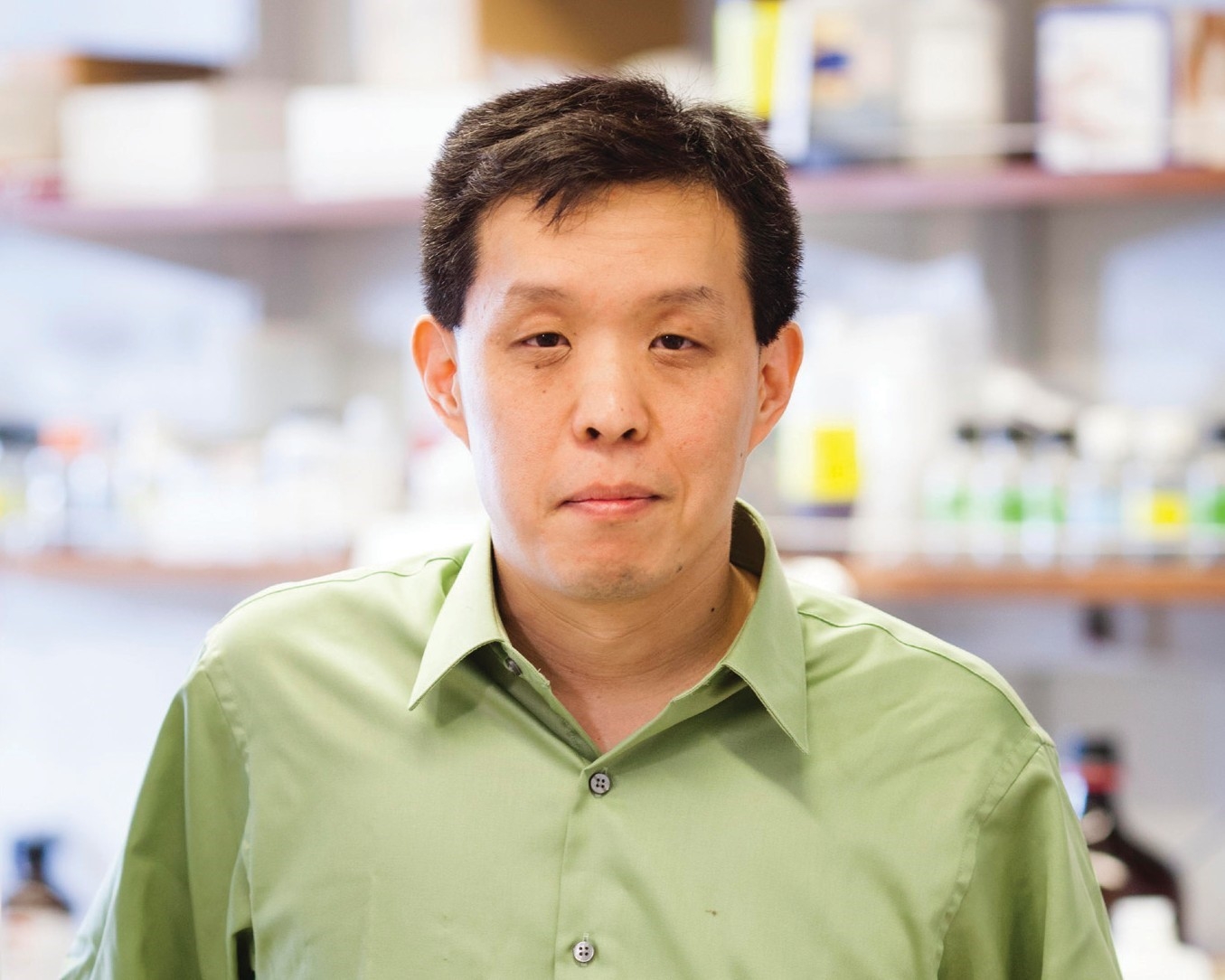 In February 2015, the FDA approved ceftazidime-avibactam, one of the first drugs able to combat the rising threat of carbapenem-resistant gram-negative bacteria—a group of organisms against which a typically highly effective class of drugs (called carbapenems) is ineffective. But as Dr. Michael Satlin points out: “Within a year of coming to market, reports of resistance popped up from many places around the country." According to Dr. Satlin, the William Randolph Hearst Foundation Clinical Scholar in Microbiology and Infectious Diseases and an assistant professor of medicine at Weill Cornell Medicine, that’s a prime example of bacteria’s status as a formidable enemy. “They’ve been around for over a billion years,” says Dr. Satlin, also an internist and infectious disease specialist at NewYork-Presbyterian/Weill Cornell Medical Center. “Their ability to adapt is pretty incredible.”

Dr. Satlin was an infectious disease fellow at Weill Cornell Medicine and NewYork-Presbyterian/Weill Cornell Medical Center a decade ago when he was struck by the number of patients who were battling resistant bacteria; at that time, he says, carbapenem-resistant gram-negative bacteria were proliferating in New York City, and clinicians had few appealing options for how to treat these infections. “We were actually forced to use polymyxin B, which is an antibiotic that came out in the Fifties and was abandoned in the late Sixties and early Seventies because of toxicity,” Dr. Satlin recalls. “But that was the only antibiotic that the organism was susceptible to.” The experience prompted Dr. Satlin to devote his research to the topic of drug resistance in a particular patient population: those who are neutropenic (having low levels of a type of white blood cell, and therefore a severely weakened immune system) due to chemotherapy during cancer treatment. Under a $500,000 grant from the CDC, he’s been working with a biomedical engineer on the Ithaca campus to study antibiotic-resistance genes in the gut bacteria of neutropenic patients, with the aim of understanding how those genes spread and how antibiotics affect their proliferation. (The gut is a common source of infection in cancer patients, he explains, because chemo can damage the intestinal lining—hence the common symptoms of nausea and vomiting—and make it easier for gut bacteria to get into the bloodstream.) His ultimate aim is to provide personalized treatments by identifying which drugs are likely to be successful in preventing infections in particular patients, based on which antibiotic resistance genes are carried by their gut bacteria. 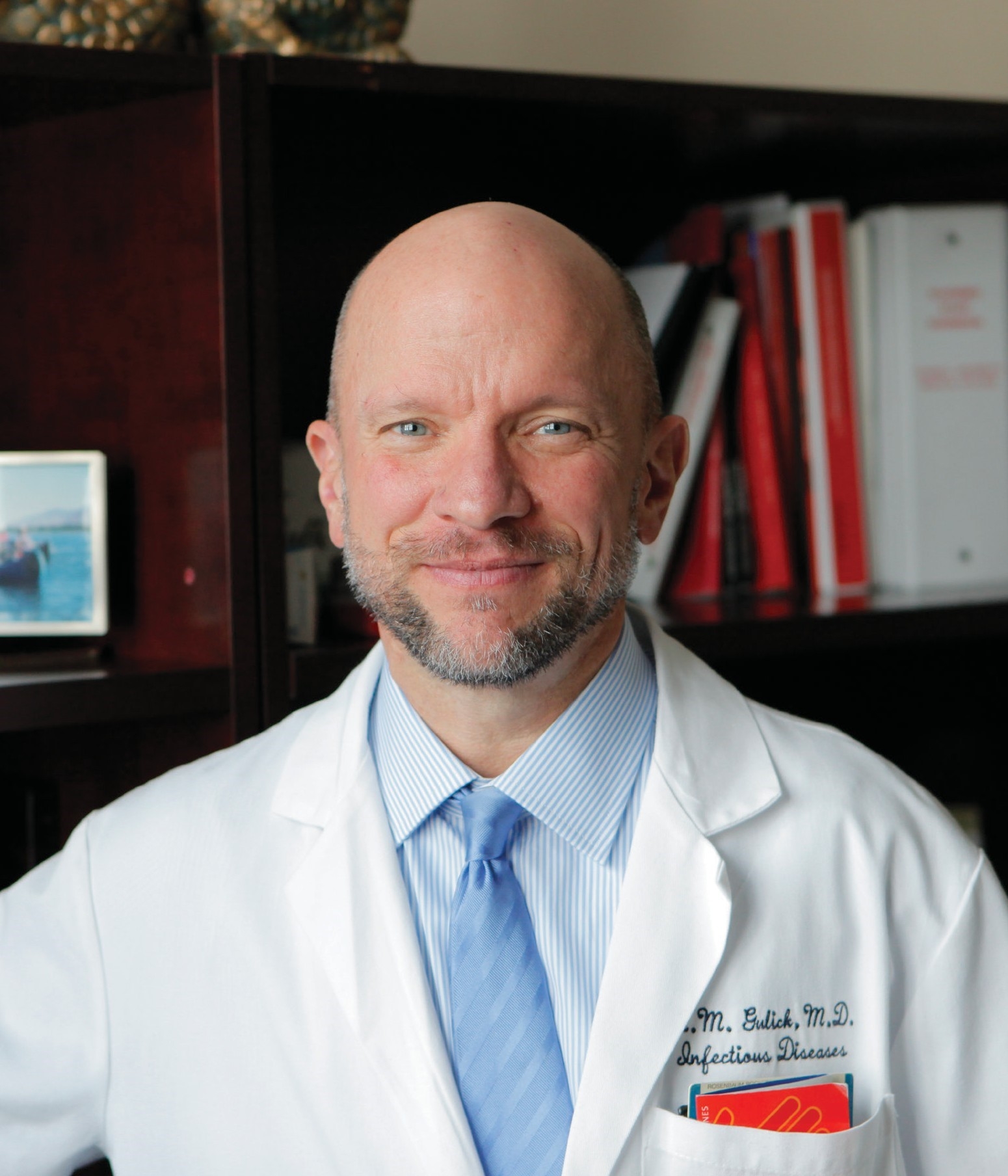 Dr. Nathan compares antibiotic resistance to another looming crisis: climate change. In both situations, humans have been profligate in their use of a resource—fossil fuels on the one hand, antibiotics on the other—with potentially calamitous results. But the antibiotic crisis has occurred on a much faster timeline, he says, in part because it involves a devilishly clever adversary. “Bacteria are intelligent,” says Dr. Nathan, a former dean of the Weill Cornell Graduate School of Medical Sciences who also serves as director of the Abby and Howard P. Milstein Program in Chemical Biology and Translational Medicine. “They don’t have brains or a nervous system, but the fact that they can evolve rapidly in response to pressure has the same effect that intelligence has in an individual—that is, the ability to adapt to change and respond accordingly. They can accelerate mutation by exchanging genetic information within and across species; sometimes whole blocks of resistance genes can be exchanged at one time. Remarkably enough, there’s cooperative evolution. So it’s not just like an intelligent being; in effect, it’s like an intelligent society that cooperates in a way that sometimes our own does not seem able to do.”

And, he says, it’s precisely that kind of collaborative effort, on a global scale, that will be required to combat resistance. As he and a co-author explained in an October 2014 article in the New England Journal of Medicine—one of Dr. Nathan’s numerous publications on the subject—he’s calling for a multi-pronged strategy, including public-private partnerships for drug discovery akin to the Gates Foundation’s TB Drug Accelerator program. (That program, to which Drs. Nathan and Rhee were founding signatories, brings together pharmaceutical companies, research institutes and universities—Cornell included—to develop improved treatments for the disease.) He also advocates worldwide restrictions on antibiotic use in agriculture, as well as the establishment of an international fund that would reward drug makers not on sales but on quality-adjusted life years saved (a standard way to measure the value of a treatment or the burden of a disease, based on both quality and quantity of time a patient gains or loses). In outlining the stakes, the article quoted a sobering prediction that the WHO had made that spring: “A post-antibiotic era—in which common infections and minor injuries can kill—is a very real possibility for the 21st century.”

One promising strategy that has already been adopted in the fight against resistance is the establishment of antibiotic stewardship programs, an element of a U.S. national action plan formulated after the 2015 White House summit. In January 2017, the Joint Commission implemented a new medication management standard for hospitals and nursing homes that includes tracking antibiotic use, educating staff and the public about appropriate use of the drugs and, tapping in-house experts who can guide individual doctors’ decisions about what to prescribe. “I like the word ‘stewardship,’ because we’re trying to help clinicians be the most effective when they use antibiotics,” says Dr. Gulick. “For example, we have antibiotics that are highly potent against multiple bacteria, but you don’t need that for a common infection. Sometimes people want the ‘strongest’ drug, so they’ll use something that’s really not necessary. We’re trying to change that culture. Using the right antibiotic for the right amount of time will help us save these drugs for people who really need them.”

Dr. Nathan is a paid and unpaid scientific advisory board member to various non-profits. He is also a paid scientific advisory board member of the Pfizer Centers for Therapeutic Innovation, which supports early-stage drug discovery at many academic institutions in collaboration with Pfizer, Inc. Dr. Satlin is a paid consultant to Shionogi & Co. on matters related to new antimicrobial agents.