Breaking the Code: How is a Mother’s Immunity Transferred to Her Baby? 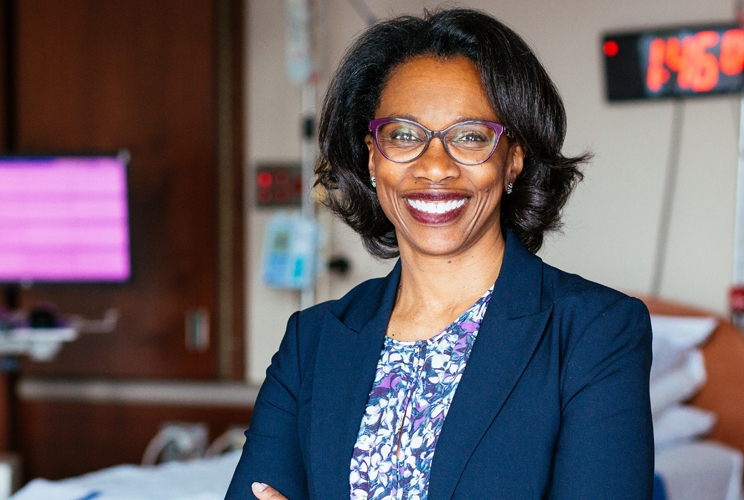 One of the most successful interventions in reducing infectious disease worldwide, vaccination still has limited effectiveness in protecting one group of patients – newborn infants. Now a study based at the Ragon Institute of MGH, MIT and Harvard has determined how a pregnant woman’s vaccine-induced immunity is transferred to her child, which has implications for the development of more effective maternal vaccines. The report will be published in the June 27 issue of Cell and is receiving early online release.

“Newborns arrive into the world on the first day of life with brand-new immune systems that, like the children themselves, need to learn to cope with both helpful and harmful microbes in their environment,” said Dr. Galit Alter of the Ragon Institute and the Massachusetts General Hospital (MGH) Department of Medicine, co-senior author of the Cell paper. “To help the newborn immune system learn to discriminate between friend and foe, mothers transfer antibodies to their infants via the placenta. The rules by which the placenta performs this absolutely essential function have been unknown but, if decoded, could hold the key to generating more powerful vaccines to protect these most precious patients.”

While maternal antibodies against some diseases such as measles can be transferred from mother to infant, providing some protection until the child is old enough for individual vaccination, antibodies to other serious diseases like polio are less efficiently transferred. To investigate the mechanisms by which antibodies are transferred from mother to child, Dr. Alter and her team – including co-senior author Dr. Laura Riley, formerly with the MGH Department of Obstetrics and Gynecology and now the chair of Obstetrics and Gynecology at Weill Cornell Medicine and NewYork-Presbyterian/Weill Cornell Medical Center – used a novel tool called system serology to compare the quantity and quality of antibodies against pertussis in blood samples from mothers and from the umbilical cords that carry blood, nutrients and immune factors from the placenta to the infant.

Their investigation revealed that the placenta preferentially sifts out and delivers to the infant antibodies that activate natural killer (NK) cells, key elements of the innate immune system. While several important immune cells are too immature in newborns to provide effective protection, NK cells are among the most abundant and functional immune cells during the first days of life. The team found a similar preference for placental transfer of NK-activating antibodies against influenza and respiratory syncytial virus, a common disease of childhood, and also identified antibody features that appear to regulate placental selection, features that could possibly be built into next-generation vaccines with improved mother-to-child antibody transfer.

Co-senior author Dr. Riley said, “We will now have the opportunity to create better maternal vaccines and deliver them at the ideal time during pregnancy to maximally protect newborns when they are most vulnerable.” She and Dr. Alter will be actively investigating additional aspects of maternal:infant immunity to pave the way for developing improved maternal vaccines.

Dr. Alter is a professor of Medicine at Harvard Medical School, and Dr. Riley is the Given Foundation Professor of Obstetrics and Gynecology at Weill Cornell Medicine. The lead author of the Cell paper is Madeleine Jennewein of the Ragon Institute. Support for the study includes National Institutes of Health grants 5R37 AI080289-09, 5R01 AI102660-04 and 1R01 AI129797-01 and the Samana Cay MGH Research Scholar award to Dr. Alter.

A version of this story first appeared on Massachusetts General Hospital’s website.