Commentary: Global Oncology Achievements Should Be Considered for Academic Promotion 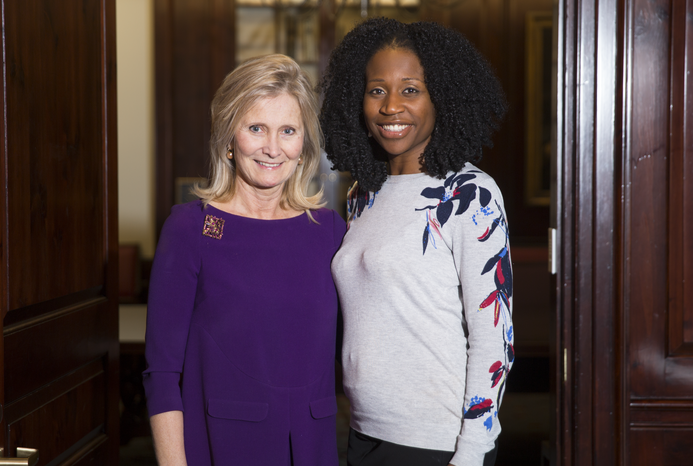 The work of global oncologists – whose insights and innovations reduce the burden of cancer around the world – has demonstrated value that academic medical leadership should consider when assessing these physicians for professional advancement, according to a commentary by Weill Cornell Medicine investigators.

The paper, published May 2 in JAMA Oncology, advocates for the development of criteria for academic promotion to formally assess the achievements of oncologists working in the field of global health, including efforts such as establishing cancer registries, forming virtual tumor boards and organizing conferences, among others. Currently, these activities are inconsistently rewarded and applied to the promotion process.

“The metrics with which you get promoted in global oncology are not exactly the same as when you’re doing classical clinical trials or laboratory research,” said lead author Dr. Onyinye Balogun, an assistant professor of clinical radiation oncology at Weill Cornell Medicine and a radiation oncologist at NewYork-Presbyterian/Weill Cornell Medical Center, who has long worked in global health. Current criteria for academic promotion include traditional measures such as conducting and publishing research, offering education and mentorship, and obtaining grant support, according to the paper.

“We’re advocating for the work we do to be recognized and not thought of as philanthropy,” Dr. Balogun said. “It has academic value.”

The field of global oncology has gained momentum over recent decades with the recognition that more than two-thirds of cancer deaths worldwide are in low- and middle-income countries. “We have a duty and responsibility to intervene,” Dr. Balogun said, noting that interventions include training and steering other nations toward the use of tools and technology that have improved cancer outcomes in the United States.

Among many possible global oncology achievements, the guidelines would recognize those such as developing and implementing standardized clinical protocols; conducting mutually beneficial research; developing and implementing educational curricula in multiple settings; and increasing the number and size of grants secured by international partners. These efforts aren’t typically factored into academic promotion now, but should be, the authors said.

One challenge in developing the metrics was to make them “as universal as possible” despite inherent differences in the needs of cancer programs throughout the world, said Dr. Formenti, who is also associate director of radiation oncology at the Sandra and Edward Meyer Cancer Center and the Sandra and Edward Meyer Professor of Cancer Research at Weill Cornell Medicine.

“The global oncologist’s first task is just understanding and identifying those needs,” she said. “Creating a relationship of trust, defining the next step and generating this collaboration is a lot of work. The complexity of creating standards for promotion is that each collaboration is different, but academic progress needs to be measured by finding the solution within the country served.”

The authors hope their paper will spur leaders in academia to expand their view of “what’s academically meaningful,” Dr. Balogun said. The research team is also seeking support from scientific professional societies.

“My hope is to start a conversation that would be inclusive of other points of view,” Dr. Formenti said, “and really jump-start a debate about how to measure the work of global oncologists for its value to academic medicine.”