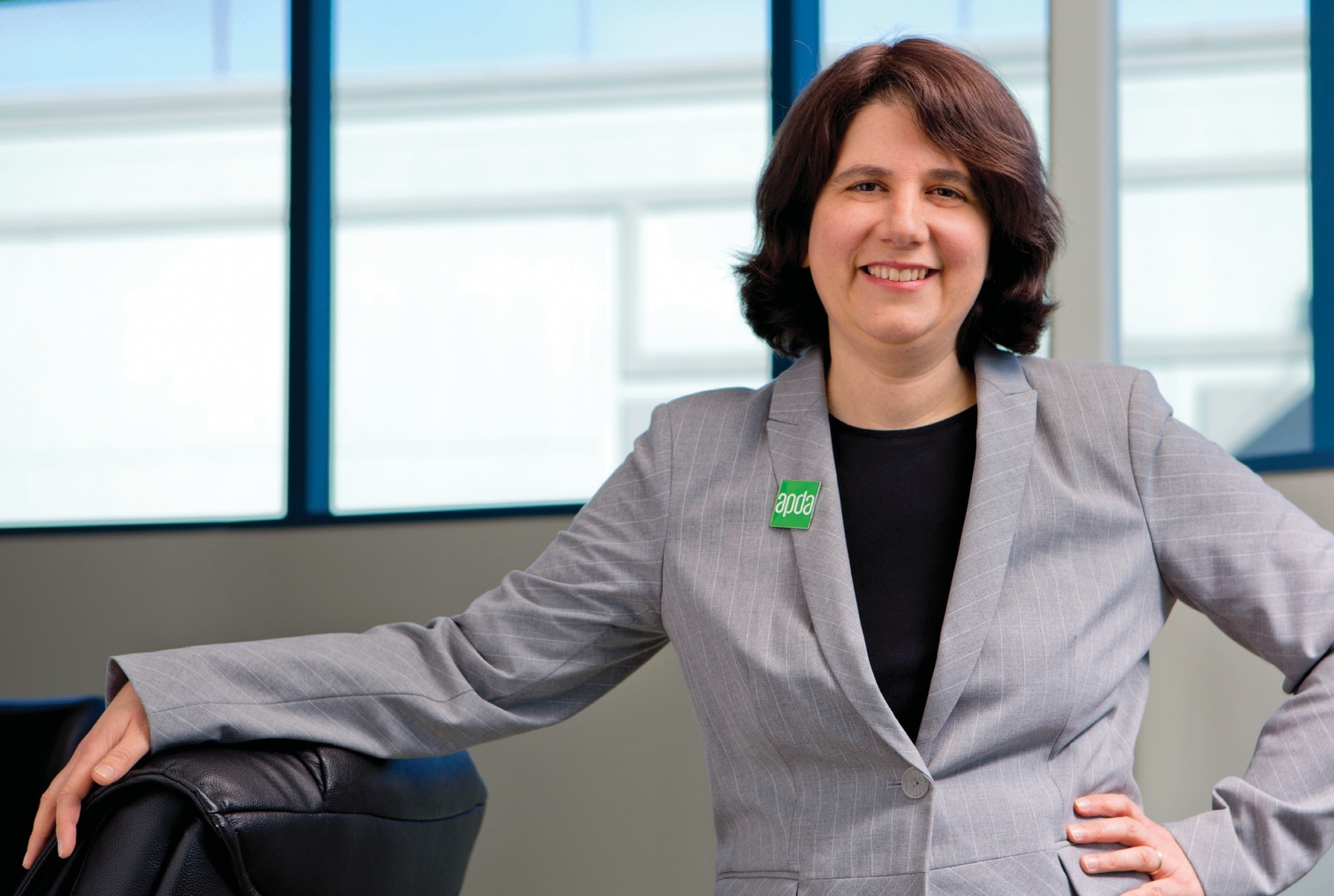 Driven by a passion for discovery, Dr. Rebecca Gilbert, Ph.D. '02, M.D. '03, chose neurology in part because it’s a specialty in which so much remains unexplored. “Although something like cardiology or nephrology might be very interesting, I didn’t want to go into a field where the basic knowledge was firm,” she says. “We know very little of what actually goes on in the brain. It felt like something I could spend my life learning about.” As chief scientific officer of the American Parkinson Disease Association (APDA)—a grassroots organization, headquartered on Staten Island, that works to support patients, educate the public and provide research funding— Dr. Gilbert is playing a key role in the battle against one of the world’s most common neurological disorders, affecting about a million people in the United States and 10 million globally. In the post since spring 2018, after nearly a decade as a movement disorders specialist at NYU, Dr. Gilbert oversees the nonprofit’s research grant program, offers expert opinions in the press, spearheads development of the APDA’s research strategy, ensures the scientific accuracy of the information it disseminates to the public, authors a blog and more.

Generally, treatments are conceptualized as either symptomatic or disease-modifying—medications that help symptoms or those that may alter the course of disease. For Parkinson’s, unfortunately, we don’t have any approved medications for that second category; the Holy Grail is to find a medicine that slows down the disease or halts its progression. Right now, what we’re really capable of is symptom management. Parkinson’s is varied, and it has multiple effects on the body. Everybody knows that it affects how people move; it makes them slow and stiff and they can have tremors and problems with balance. Many of those problems come from a degeneration of the cells that release dopamine, a chemical in the brain that allows nerves to communicate with each other. However, there are other aspects of the disease that can affect mood, cognition, sleep, blood pressure management, gut and bowel function, urinary function—the list goes on. So Parkinson’s doesn’t just affect these dopamine-producing nerves, it affects all sorts of areas in the brain and nerves throughout the body.

What potential treatments are in the pipeline?

One theory as to why these nerve cells are damaged is because of abnormal accumulation of a protein called alpha-synuclein—so a lot of the research is dedicated to figuring out what alpha-synuclein is meant to do, why it accumulates and how to get rid of it. One research effort is creating an alpha-synuclein vaccine, which is very exciting. Another way to look at the problem is to accept the fact that this nerve group has died and try to replace what it does. Currently, the way we do that is to prescribe medications that convert to dopamine in the brain, which has been the mainstay of Parkinson’s treatment for decades. We’re working on ways to make dopamine delivery better and smoother, so people have a more even response to the medication throughout the day, which is a major issue.

Does the public have misconceptions about Parkinson’s?

Absolutely. People think of Parkinson’s as a tremoring disease of old people. And for some that’s true, but there is such a thing as young-onset Parkinson’s, which can develop in the 20s or 30s. The concept that Parkinson’s is a multi-systemic disorder is something that even the medical community was a little late in fully appreciating; it’s only been in the past 10 to 15 years that we’ve really understood that this is not just a movement problem. If you talk to people with Parkinson’s, as their disease progresses movement stops being the overwhelming issue. Depression, sleep problems, cognitive problems—these things become more prominent. A big part of what we do at APDA is educate people about the symptoms and treatments of this disease, as well as help people get the support and care they need in order to live life to the fullest despite their Parkinson’s.

You’re still seeing patients one day a week. Why was that important to you?

Doing this job without having that connection, you could quickly get into your little silo and forget about the people that you’re really working for. To that end, as part of this job I’m also going to all sorts of educational forums and meetings where I’m interacting with people with Parkinson’s in a different way. Understanding their challenges is absolutely essential.

As a clinician, what do you find gratifying about working with Parkinson’s patients?

It’s a chronic disease, which means that you’re going to be with each person for a long time, and you develop relationships with them. I end up knowing a tremendous amount about my patients—their personal lives as well as their disease—so that’s a nice element. Once you know the person, you can get a better sense of how they’re doing [from an office visit], and you can use that information to modify medications and the treatment plan, and hopefully make a difference. And it is motivating on the other end: when you watch a patient develop more difficulties despite your best efforts, that inspires you to search for better solutions.

How have the celebrities who have been open about their struggles with Parkinson’s—most famously Michael J. Fox, who was diagnosed in his late 20s, but more recently Alan Alda—affected public understanding of the disease?

Those two examples really make it clear that Parkinson’s is a varied disorder. Michael J. Fox, who’s such a beloved actor, has been followed for decades as his disease has unfolded; he also created a fantastic foundation that has given millions of dollars to research. Then you have Alan Alda, also a beloved actor, who obviously developed it much later in life, and thankfully has minimal symptoms at this point. They have certainly raised awareness. Both of them sharing their stories with the public has been phenomenal.