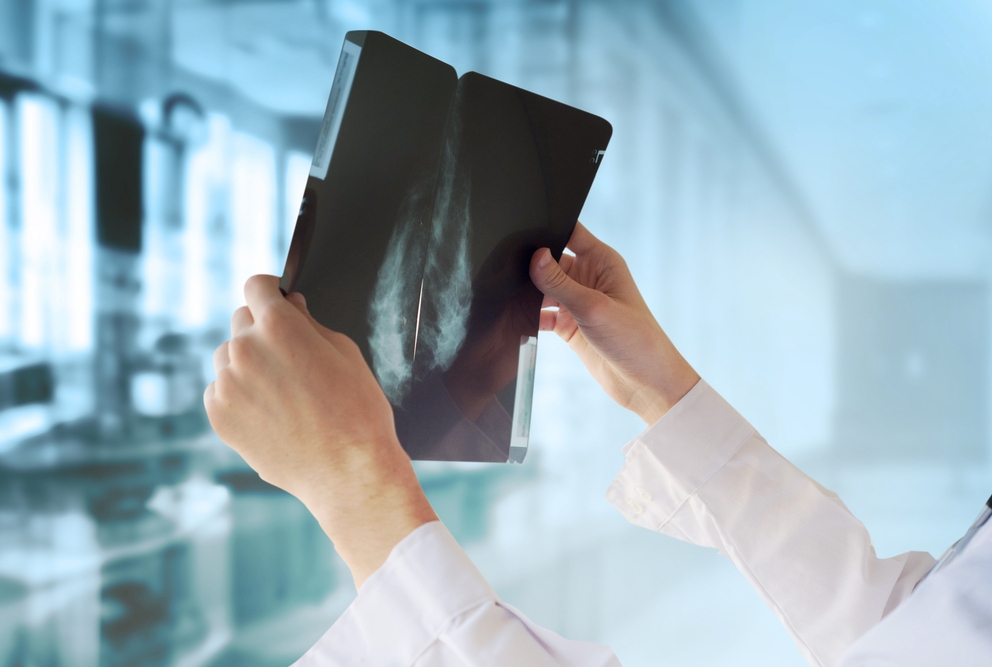 A set of gene variants that originated in Sub-Saharan West African populations may help explain why black women, compared to white women, have worse breast cancer outcomes, according to a new study from a team led by researchers at Weill Cornell Medicine and NewYork-Presbyterian.

The study, published April 3 in Cancer Epidemiology, Biomarkers & Prevention, found that higher amounts of the immune-related gene, DARC/ACKR1, in breast tumors is strongly associated with longer survival times after diagnosis. A mutation in DARC/ACKR1 that originated in Sub-Saharan Africa, protecting carriers against malaria, is associated with whether or not the tumors express the gene.

“This work is the first to identify a potential driver of tumor immune response in breast cancer that is definitively linked to Sub-Saharan West African ancestry,” said senior author Dr. Melissa B. Davis, who was recruited to Weill Cornell Medicine as an associate professor of cell and developmental biology research in surgery at Weill Cornell Medicine, and is scientific director of the International Center for the Study of Breast Cancer Subtypes (ICSBCS). The center, which recently relocated to Weill Cornell Medicine and NewYork-Presbyterian from the Henry Ford Health System, strives to enhance breast cancer prevention and treatment through advances in research and delivery of care to diverse populations worldwide. 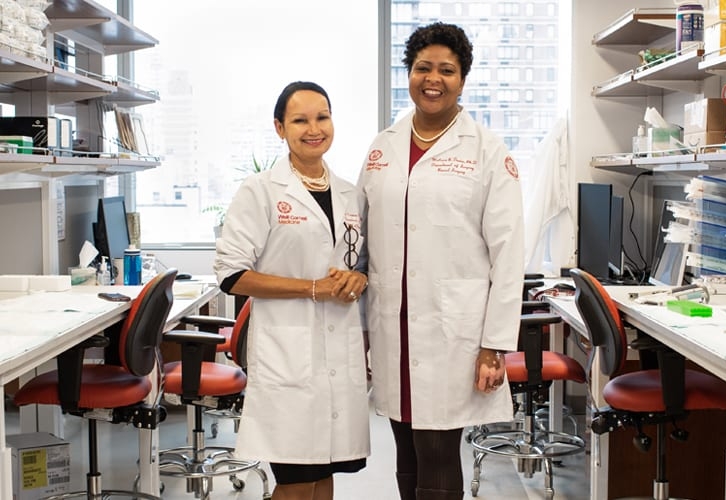 Oncologists have long observed that African-American breast cancer patients tend to be younger, have more aggressive tumor types and reduced survival chances, compared with patients of other ethnic backgrounds. Genetic differences are one possible explanation. DARC/ACKR1 is a gene with distinct variants that are found in virtually all West Africans and in about 70 percent of African Americans and other descendants of the Transatlantic Slave Trade across the African Diaspora, but in relatively few people outside those groups. The gene encodes a receptor protein that certain types of African malaria parasites use to enter and infect red blood cells. The West African-associated variants of the gene result in having zero or near-zero expression levels in red blood cells, thereby preventing transmission of the malaria species that utilize the DARC/ACKR1 receptor.

This evolved anti-malaria feature may have a downside in the context of cancer pathology: The DARC/ACKR1 receptor normally regulates the circulating levels of important proteins called chemokines. By doing so, it seems to keep inflammation—which often makes cancers grow faster—from becoming excessive. Prior studies of other cancer types have suggested that higher levels of DARC/ACKR1 in certain cell types inhibit tumor growth and help prevent metastasis. The West African DARC/ACKR1 variants that reduce expression of this gene, in red blood cells and to some extent in other cells including tumor tissues, are likely to have distinct cancer-associated functional effects.

The investigators also linked African-specific versions of DARC/ACKR1 to changes in the blood levels of two chemokine proteins, CCL2 and CXCL8, in newly diagnosed breast cancer patients. Specifically, the African-specific version was linked to lower levels of CCL2 and higher levels of CXCL8. Both of these changes appear to be detrimental; the researchers found that higher CCL2 and lower CXCL8 levels in tumors were associated with longer survival in breast cancer patients, an attribute that is likely missing in women of West African ancestry.

Dr. Davis and Dr. Newman, who is also a paid member of the scientific advisory board for Susan G. Komen, and their colleagues are now following up with precision medicine studies, in collaboration with the Caryl and Israel Englander Institute for Precision Medicine at Weill Cornell Medicine. They are examining in more detail how West African DARC/ACKR1 variants affect expression levels of the gene in breast tumor cells. They are also investigating the effect DARC status has on tumor immune cell infiltration, as it appears the gene may play a key role in regulating tumor immune cell landscapes.

“I think we are finally on track to characterize a specific tumor phenotype and tumor microenvironment differences that are driving race group disparities in cancer mortality that transcend the traditional social determinants of disparities,” Dr. Davis said.