Neuroscientist Dr. Lisa Mosconi Explores why Women Have a Much Higher Risk of Alzheimer’s Disease than Men 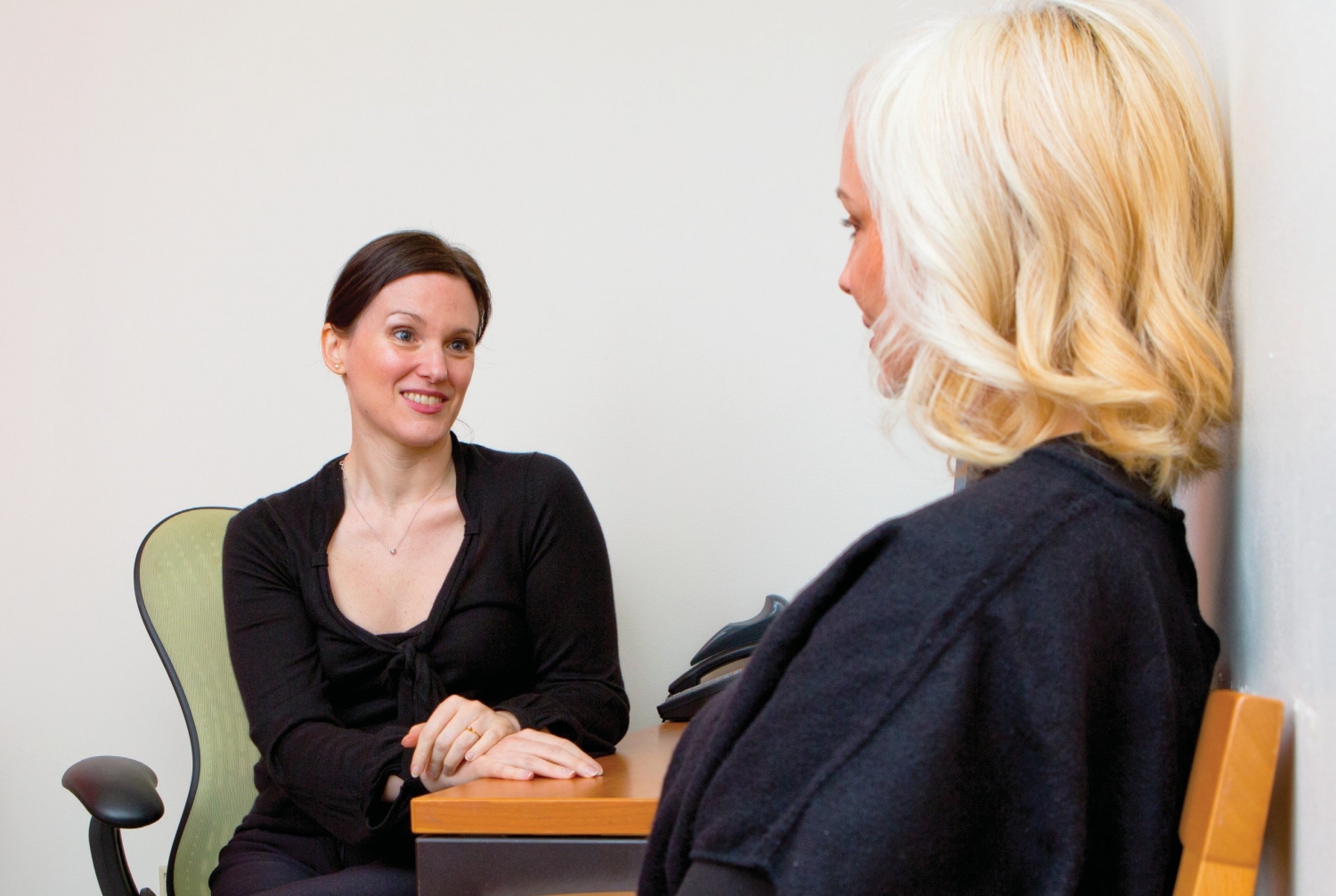 Alzheimer’s disease affects some 34 million people worldwide—two-thirds of them women. The most common form of dementia, Alzheimer’s was historically thought to be an inevitable consequence of aging; if more women were afflicted, physicians and scientists chalked it up to their longer lifespans. But recent research suggests that changes in the brain that lead to Alzheimer’s actually begin in midlife, decades before symptoms begin. That’s especially true for women, whose brains appear to be uniquely vulnerable during an already tumultuous time: menopause. “The major thing to happen to women and not to men in midlife is that we lose our hormones,” says Dr. Lisa Mosconi, associate professor of neuroscience in neurology, who conducted innovative brain-imaging studies that revealed the connection. “What we think is that going through menopause changes your brain, as surely as it changes your body. And these changes seem to set the stage for Alzheimer’s in some women.”

In research published in 2017 in the journals Neurology and PLoS One, Dr. Mosconi and her team looked at women between the ages of 40 and 60, some of whom were pre-menopausal, some peri-menopausal (in the midst of the transition) and others post-menopausal. They also compared the women—none of whom showed any symptoms of dementia—with middle-aged men. Controlling for age, Dr. Mosconi found that the peri- and post-menopausal women were more likely to have brain changes connected with Alzheimer’s, including amyloid-beta deposits, or plaques, as well as reduced brain activity and lower gray and white matter volumes—a surprising discovery, given that women generally aren’t diagnosed with dementia any earlier than their male counterparts. “Not all women showed these changes, but up to 80 percent showed declining brain metabolism—by as much as 50 percent—and about half showed some plaque deposition,” Dr. Mosconi says. “And that was not found in the men at all.”

It may sound like bad news, since menopause is not something any woman can avoid. But Dr. Mosconi explains that knowing when women’s brains are most vulnerable offers an opportunity for targeted therapies. (Additional research is occurring in the Helen & Robert Appel Alzheimer’s Disease Research Institute.) One might be hormone replacement, which, if prescribed within five years of menopause, may protect against dementia—although the benefits would have to be weighed against a possibly increased risk of cancer and heart disease. But another, less fraught way women might protect themselves, Dr. Mosconi says, is through adopting a brain- healthy diet. “There is a good amount of literature showing that a high-fiber, moderate- to low-fat diet is good for women in particular, and it clearly is associated with a reduced frequency of hot flashes and also less severe symptoms of menopause,” Dr. Mosconi says. “But aside from that, we have found that this kind of diet—which is similar to the Mediterranean diet—keeps the brain young and is associated with a lower risk of dementia later in life.”

In studies published in spring 2018 in the journals Neurology and BMJ Open, Dr. Mosconi and colleagues at NYU School of Medicine and the University of Florence, Italy, compared brain scans of cognitively normal middle-aged men and women who ate a Mediterranean-style diet—fruits, vegetables, whole grains and lean protein—with similar people who ate a Western-style diet, which is higher in processed food, refined sugar, and red meat, and much lower in fiber. It turned out that the Western-style diet was associated with a decline in brain metabolism of about 3 percent per year, while the brains of Mediterranean-style eaters remained stable. The Western-style eaters also had about 15 percent more plaques when their brains were first scanned, and their plaques increased by about 2 percent per year, while the brains of people who ate a Mediterranean diet generally showed no changes. “And that’s even when you account for cardiovascular health and physical activity, which are associated with reduced risk of Alzheimer’s,” Dr. Mosconi says. “Diet really impacts the brain.”

It’s a lesson with personal import for Dr. Mosconi, whose grandmother and two great-aunts suffered from dementia (although, consistent with the disease’s disproportionate impact on women, their brother did not). She makes sure that her family, including her young daughter and elderly parents, eat a brain-healthy diet, and she feels strongly enough about the issue that this year she published a well-reviewed book aimed at popular audiences, entitled Brain Food: The Surprising Science of Eating for Cognitive Power.

Dr. Mosconi also stresses the importance of eating well to her patients at Weill Cornell’s Alzheimer’s Prevention Clinic, where she is the associate director, and where she and her colleagues work with people who have risk factors for Alzheimer’s, such as a family history. Behavioral and lifestyle changes are their main strategies, she says, and diet may be the most important. “It slowly but steadily improves your health overall,” she says. “It’s not just your brain. It’s also your heart, digestion, blood, respiration; it’s everything at once.”

That lesson holds especially true for women, Dr. Mosconi emphasizes—and it’s vital that their doctors keep it in mind as a way to safeguard not only their patients’ physical wellbeing, but their brain health as well. As she continues to tackle the issue in her own research in the Department of Neurology’s newly formed Women’s Brain Initiative and in her clinical work, she hopes her recent findings inspire other researchers in the fields of Alzheimer’s and women’s health to broaden their thinking. “Whenever we think of women’s health, we usually think of reproductive issues and fertility; somehow, women’s brains have been really overlooked,” she says. “There are currently 850 million women all over the world who have just entered menopause, or are about to enter it—and for quite a lot of them, this is a high-risk state for future dementia. So we women need to understand how to take better care of ourselves, our brains included.”