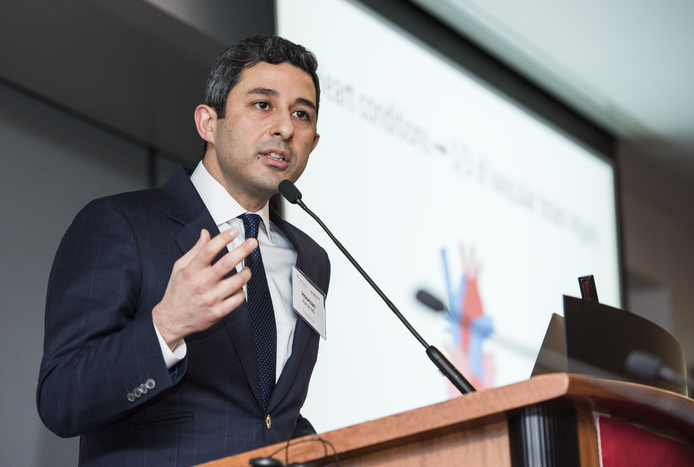 As brain disorders such as Alzheimer’s disease, autism and depression increase in frequency, the synergistic fields of neurology and psychiatry may illuminate important clues that can lead to innovative treatments for these conditions.

“In many ways what we're finding, almost by accident, by our genetic studies is that many of the same genes that are found in autism, in schizophrenia, and in neurodegenerative diseases all overlap with each other,” said Dr. Francis Lee, chair of the Department of Psychiatry at Weill Cornell Medicine.

Neurological diseases are the leading cause of disability and the second-leading cause of death worldwide, with one out of every six deaths related to a neurological condition. Investigators have made important strides in their understanding of how these diseases develop and how to treat them, but more work needs to be done to improve affected patients’ health. Presentations at the meeting highlighted basic science and clinical research discoveries by investigators from Weill Cornell Medicine and the UCSF Weill Institute for Neurosciences that promises to move the needle on improving treatments for patients with autism and neurodegenerative diseases.

Autism expert Dr. Rebecca Jones, an assistant professor of neuroscience in psychiatry at Weill Cornell Medicine, discussed her work developing mobile and wearable devices to better assess the efficacy of treatment in children with the disorder. Because autism is a behavioral disorder, measuring the success or failure of treatments is more difficult than for diseases such as diabetes or cancer, which can be monitored by testing blood sugar levels or the size of a tumor, respectively. To provide such insight, Dr. Jones, who is also a scientist at the Center for Autism and the Developing Brain, a collaboration between Weill Cornell Medicine, NewYork-Presbyterian and Columbia University Vagelos College of Physicians and Surgeons, has pioneered innovative devices that can enable parents and clinicians to observe and record behavior at home and outside of the clinic. Her work suggests that these devices may improve the ability to detect whether treatments are working in autism and ultimately allow researchers to better understand autism behaviors. 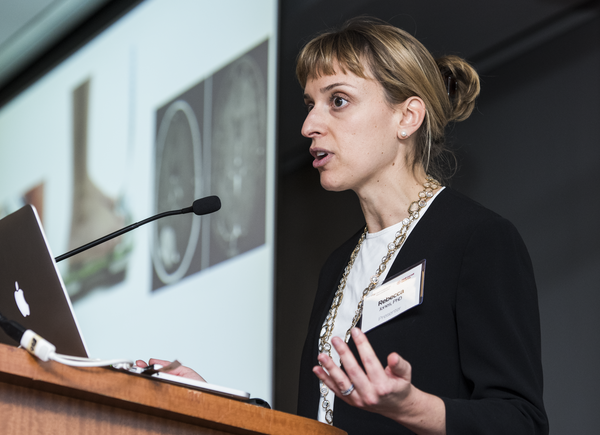 Dr. Matthew State, director of the Langley Porter Psychiatric Institute, Oberndorf Family Distinguished Professor of Psychiatry and chair of the Department of Psychiatry at UCSF, discussed progress in identifying genes associated with autism, which now number nearly 100. His team has analyzed these genes to better understand how they lead to developmental problems. His group has pinpointed the mid fetal stage of human brain development, during which a large group of these genes are acting in the deep layers of  a region of the brain called the cerebral cortex. Dr. State said this finding will enable researchers to better understand when, where and what biological mechanisms are leading to autism-related behaviors. He also described emerging opportunities to target these genes directly to develop novel and more effective treatments.

Dr. Hooman Kamel, chief of the Division of Neurocritical Care and director of the Clinical and Translational Neuroscience Unit in the Department of Neurology and the Feil Family Brain and Mind Research Institute at Weill Cornell Medicine, discussed his group’s research on damage to the brain from lack of blood flow, known as vascular brain injury. Large blood clots can cause a stroke, resulting in disabling paralysis or inability to talk. But smaller clots can happen over time without being recognized and eventually lead to ongoing damage that results in cognitive impairment and dementia. An irregular heartbeat called atrial fibrillation typically alerts doctors to the risk of a heart blood clot, but Dr. Kamel’s research suggests that abnormalities in the structure and function of the heart chamber can cause strokes in patients before atrial fibrillation develops. Dr. Kamel, who is a member of the steering committee for Medtronic, and a deputy editor for the American Medical Association, is currently conducting a clinical trial to study the role of these heart chamber abnormalities in stroke and determine whether a commonly used medication can prevent strokes from recurring in these patients. 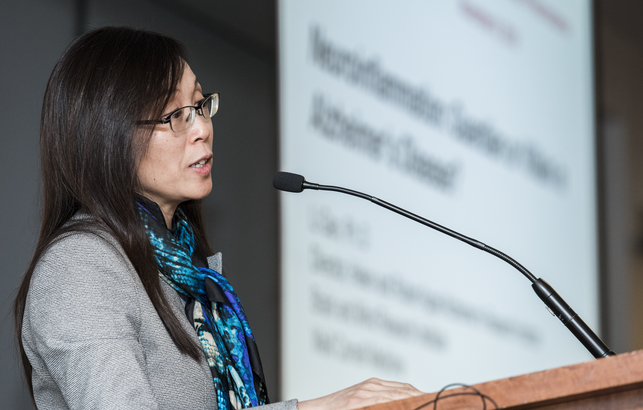 Dr. Li Gan, director of the Helen and Robert Appel Alzheimer’s Disease Research Institute and the Burton P. and Judith B. Resnick Distinguished Professor in Neurodegenerative Diseases at Weill Cornell Medicine, reported on research from her lab that is examining ways to reverse inflammation that leads to Alzheimer’s disease. She spoke about how partial loss of a protein called TREM2 could impair immune system cells in the brain called microglia, causing them to transform from guardians that fight infection to villains that promote the aggregation of tau protein – a hallmark of Alzheimer’s. Her study suggests that re-tuning the brain’s immune responses that have gone awry in Alzheimer’s disease could lead to novel therapeutic opportunities.

Dr. Michael Kaplitt, a professor of neurological surgery and vice chairman for research in the Department of Neurological Surgery at Weill Cornell Medicine, discussed his lab’s work using gene therapy and as well as noninvasive techniques to target and repair aberrant brain circuits in neurodegenerative disorders like Parkinson's disease. One such technique, which can focus 1,000 ultrasonic beams on an area of the brain that needs to be improved, enabled a 93-year-old patient with essential tremor to draw a perfect spiral for the first time in 20 years. Dr. Kaplitt, who is a co-founder of Redpin Therapeutics, said the same technique could be used to temporarily punch holes in the brain’s protective blood–brain barrier to deliver genes attached to harmless viruses to repair areas of the brain in patients with neurodegenerative disorders without invasive surgery. 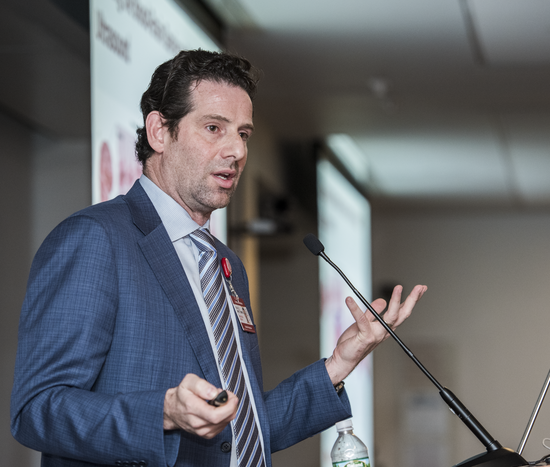 The thread that ran throughout the presentations and panel discussion was the convergence of neurologic and psychiatric diseases. “Neurologic and psychiatric diseases are the same,” said Dr. Stephen Hauser, the Robert A. Fishman Distinguished Professor of Neurology and director of the Weill Institute for Neurosciences at UCSF. “We use the same core tools to understand both diseases and our patients frequently suffer from both together and we need to unite. The distinctions are just accidents of history.”