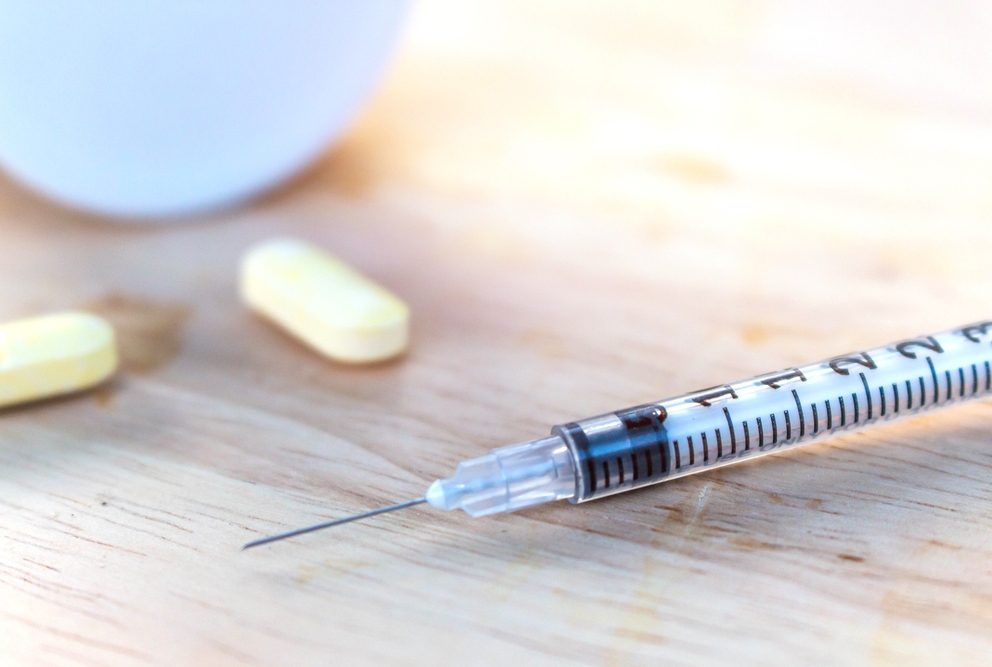 Daily medication for treating opioid use disorder is more cost-effective compared with monthly injections, according to a study by Weill Cornell Medicine researchers.

The paper, published Dec. 17 in the Annals of Internal Medicine, is the first to assess the relative economic value of two evidence-based drugs prescribed in medical settings for opioid use disorder. Monthly injections of extended-release naltrexone (XR-NTX) were $5,317 more costly to the healthcare sector, per person, on average than daily medication buprenorphine-naloxone (BUP-NX), but similarly effective, suggesting that BUP-NX should be preferred as the first-line treatment when both options are clinically appropriate.

“BUP-NX was less costly, on average, than XR-NTX; however, these two medications were similarly effective in terms of quality of life and time abstaining from opioids,” said primary author Dr. Sean Murphy, an associate professor of healthcare policy and research at Weill Cornell Medicine.

BUP-NX and XR-NTX are two U.S. Food and Drug Administration-approved medications that help prevent relapse in people with opioid use disorder who are no longer consuming opioids. BUP-NX is available in a variety of product formats, including films, buccal patches, implants and tablets—the most inexpensive version. BUP-NX can be initiated as soon as patients achieve mild to moderate withdrawal. As BUP-NX maintains some physiological opioid dependence, withdrawal symptoms are likely to occur if it is discontinued, unless these symptoms are managed. XR-NTX differs from BUP-NX in three ways: It is a monthly injection; it cannot be initiated until patients are fully detoxified without risking sudden withdrawal symptoms; and, once initiated there is no risk of physiological dependence.

For their study, Dr. Murphy, senior author Dr. Bruce Schackman, a professor of healthcare policy and research at Weill Cornell Medicine, and colleagues evaluated the total costs associated with each treatment. Drug costs were valued at $1.20/4 mg or $2.17/8 mg for generic BUP-NX tablets and $704 per XR-NTX injection, according to the Federal Supply Schedule. This cost-effectiveness study was conducted alongside a randomized controlled trial investigating the clinical effectiveness of BUP-NX compared to XR-NTX among 570 adults at eight community-based inpatient-detoxification or short-term residential treatment programs in the United States. The clinical trial results were published separately in the Lancet in January 2018.

Dr. Murphy and colleagues reviewed health records and surveyed participants in the clinical trial at frequent intervals to capture their full use of healthcare and societal resources as well as quality of life data. In their cost estimates, they included costs to the healthcare sector—the use of facilities and administration, initial detoxification, medication induction and follow-up visits, hospital inpatient and outpatient visits, and emergency department visits—and societal costs associated with the criminal justice system and reduced workplace productivity. After comparing total costs for each medication, they found that the primary factors driving the higher relative cost for XR-NTX were its higher price and the costs associated with the detoxification requirement. All other cost differences between the drugs were non-significant.

“These are both very effective medications for the treatment of opioid use disorder. Narrowing the cost gap by lowering the cost of XR-NTX and shortening the induction period would allow more people to access both alternatives according to their clinical needs and preferences,” Dr. Murphy said. “Another way to reduce healthcare sector costs would be to identify the subset of people who are most likely to achieve superior outcomes on XR-NTX.”

Dr. Murphy, Dr. Schackman and colleagues collaborated with the team of researchers at New York University from the outset of the clinical trial. The National Institute on Drug Abuse (NIDA) and the NIDA Clinical Trials Network sponsored both studies.

Dr. Schackman is center director of The Center for Health Economics of Treatment Interventions for Substance Use Disorder, HCV, and HIV (CHERISH), a Center of Excellence funded by the National Institute on Drug Abuse. Dr. Murphy is director of the CHERISH Consultation Service. CHERISH is a collaboration among researchers at Weill Cornell Medicine, Boston Medical Center, the University of Pennsylvania and the University of Miami Miller School of Medicine. Both Dr. Schackman and Dr. Murphy are affiliated with the Greater New York Node of the NIDA Clinical Trials Network.