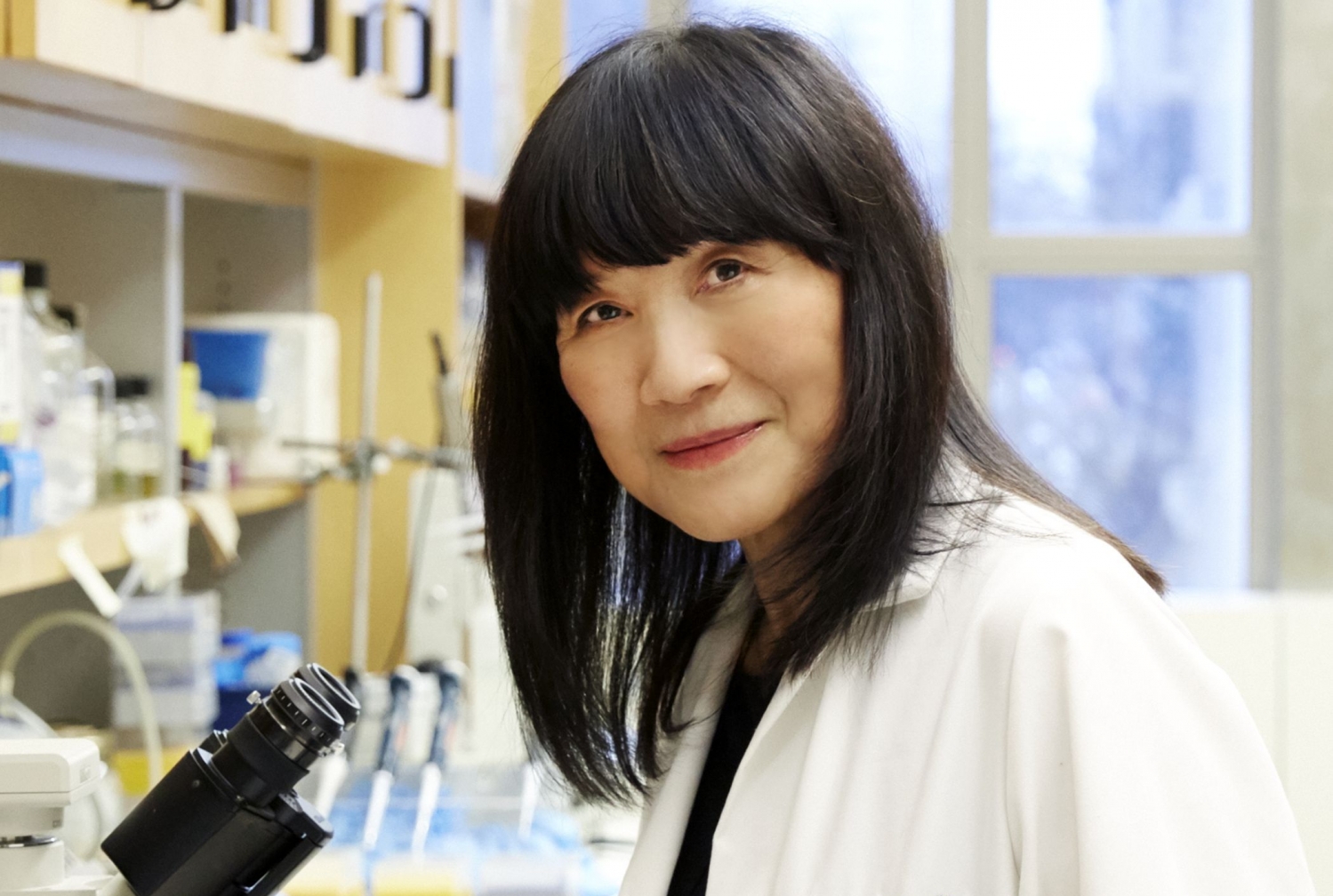 Weill Cornell Medicine has been awarded a five-year, $9 million Program Project Grant (P01) from the National Cancer Institute (NCI) to better understand how and why patients with an aggressive and incurable form of lymphoma initially respond to treatment, only to relapse over time. The findings may enable investigators to develop superior therapies that are effective, well tolerated and tailored to individual patients with mantle cell lymphoma.

The NCI, part of the National Institutes of Health, offers Program Project Grants to support integrated, multi-project research involving a number of independent investigators who together can improve scientific understanding on a common theme or disease area. This is the first P01 that is solely focused on MCL, which will seek to capitalize on the institution’s strengths in basic and translational research for blood malignancies.

The grant will mobilize a dozen Weill Cornell Medicine investigators with complementary expertise who, through three synergistic projects, will use cutting-edge approaches to illuminate the molecular, cellular and genetic changes that occur in patients with MCL before, during and after treatment.

“Currently we have a number of approved drugs and experimental therapies for MCL, yet we don’t precisely know how they work or why patients ultimately become resistant to them,” said principal investigator Dr. Selina Chen-Kiang, a professor of pathology and laboratory medicine and a member of the Sandra and Edward Meyer Cancer Center at Weill Cornell Medicine, and a professor in the Microbial Pathogenesis and Immunology Program at the Weill Cornell Graduate School of Medical Sciences. “We need to know how to use these drugs based on scientific principles so that we can better patients’ lives and ultimately cure their disease. With the recent conceptual and technological advances in cancer research, it is an unprecedented time to translate fundamental discoveries to clinical application. We are extremely proud to have been awarded this grant that will help us do just that.”

MCL is a form of non-Hodgkin lymphoma that arises in the immune system’s B cells, which can give rise to antibodies to fight infection. An estimated 70,000 people, predominately elderly, were diagnosed with MCL in the United States in 2017, according to the Leukemia & Lymphoma Society. While most MCL patients initially respond well to treatment, nearly all of them eventually relapse, with tumors growing faster than they were before. This unrestrained growth owes itself to cell division, a process by which old cells give rise to new cells. Cell division takes place after a cell has completed a “cell cycle,” an orderly process in which a cell grows, duplicates its DNA, then grows again to prepare for cell division. Mutation, deletion or amplification of genes that control the cell cycle can spark cancer and allow tumor cells to rapidly multiply unchecked.

Dr. Chen-Kiang and her team have spent the last two decades investigating how the cell cycle is regulated in normal immune function and in B-cell cancers. In previous studies, they discovered that intentionally stopping the cell cycle by inhibiting the enzyme CDK4, which is needed for the first growth phase, not only prevents cancers cells from dividing, but also weakens them by causing an imbalance in gene expression. To replicate these findings in humans, Dr. Chen-Kiang identified a small molecule on Pfizer’s shelf that could act in the same way as the natural CDK4 inhibitor. In three small Phase 1 clinical trials, her team found that the drug, palbociclib, which has since been approved by the U.S. Food and Drug Administration for breast cancer, shrank MCL tumors and induced remission in a significant number of the enrolled patients.

The new P01 grant will help Dr. Chen-Kiang and her team expand on these findings with three synergistic translational studies. For the first, the team will seek to understand the genetic mechanisms behind that clinical response and determine how specific inhibition of CDK4 by palbociclib interrupts the cell cycle and change gene expression. Using patient samples, the project team, led by Dr. Chen-Kiang, will use genomic and bioinformatic approaches to discern how genes are programmed by the cell cycle in tumor cells, and how palbociclib reprograms them to thwart cell division. They will seek to identify genomic markers that can predict treatment resistance.  In collaboration with colleagues at Ohio State University, they will further develop ways to circumvent that resistance by targeting the proteins that directly regulate the genetic activity, called the epigenome.

“Our previous findings have compellingly demonstrated how we can intervene in MCL when tumor cells are most vulnerable,” Dr. Chen-Kiang said. “Now, with our deep reservoir of basic science expertise, we want to translate those discoveries into the development of innovative therapies that can improve patients’ lives. Our team is perfectly suited for this work.”

By controlling the cell cycle, palbociclib can make the tumor cell exquisitely sensitive to other drugs. In a past Phase 1 clinical trial, Weill Cornell Medicine investigators discovered that palbociclib, combined with the FDA-approved MCL drug ibrutinib, shrank MCL tumors in 67 percent of enrolled patients. Of them, 37 percent had complete remission that has for many extended for more than four years. This was remarkable, Dr. Chen-Kiang said; patients who were treated with ibrutinib alone initially went into partial or complete remission, only to become resistant to it, quickly or over time.

To understand why the palbociclib-ibrutinib combination therapy is more effective than ibrutinib alone, investigators in a newly opened multi-center Phase 2 clinical trial will examine patient samples taken before, during and after the combined treatment to determine what happens to tumor cells in individual patients on a molecular, cellular and genomic level at each stage. The findings of this unique longitudinal genomic study may reveal genes that discriminate sensitivity from resistance and which patients will ultimately become resistant to treatment.

“This prestigious institutional grant will facilitate interdisciplinary collaboration that will enable our distinguished team of investigators to accelerate the translation of its basic science findings into the most advanced patient care,” said Dr. Augustine M.K. Choi, the Stephen and Suzanne Weiss Dean for Weill Cornell Medicine. “Importantly, this work will reinforce our reputation of excellence in scientific discovery and patient care. We congratulate Dr. Chen-Kiang and the entire team on this tremendous achievement.”

“Understanding the molecular and genetic causes of treatment resistance in MCL may lead to new therapeutic approaches that have the potential to transform patients’ lives,” said Dr. Daniel Knowles, chair of the Department of Pathology and Laboratory Medicine and the David D. Thompson Professor of Pathology at Weill Cornell Medicine. “This NCI grant will leverage our investigators’ complementary expertise in pathology, cell cycle, genomics and epigenetics to drive critical insights into blood malignancies.”

In addition to helping scientists better understand MCL, this research should provide important information on drug resistance in other types of blood cancers and solid tumor malignancies such as breast cancer, Dr. Chen-Kiang said.

“It’s been gratifying to apply our basic science discoveries to human diseases,” she said, “with the goal of improving patients’ cancer treatments.”