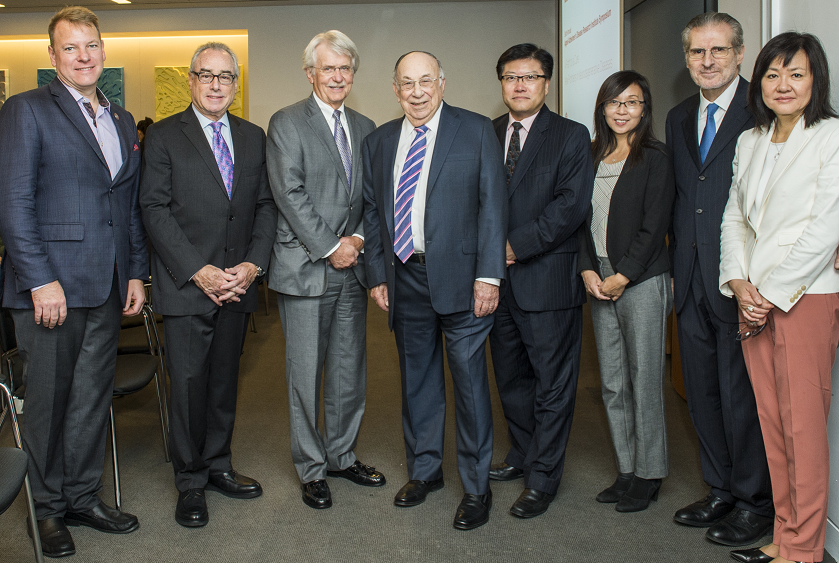 As the global population ages, neurodegenerative diseases such as Alzheimer’s are becoming increasingly prevalent. But thanks to cutting-edge research from investigators at the Helen and Robert Appel Alzheimer’s Disease Research Institute at Weill Cornell Medicine and at academic medical institutions around the world, more is known about the disease than ever before.

World experts in neurodegenerative diseases gathered at Weill Cornell Medicine Sept. 25 for the sixth annual Appel Alzheimer’s Disease Research Institute Symposium, sponsored by the Appel Institute and its home department, the Feil Family Brain and Mind Research Institute. Every year, the symposium highlights the latest discoveries in the field, as researchers work their way toward a cure.

“By 2050, there will be 14 million people who have Alzheimer’s disease and cost $1 trillion. Helen and Bob Appel couldn’t have picked a more worthy and pressing cause to support,” said newly appointed Appel Institute Director Dr. Li Gan, also the Burton P. and Judith B. Resnick Distinguished Professor in Neurodegenerative Diseases, who moderated the event and presented current research from the Institute. 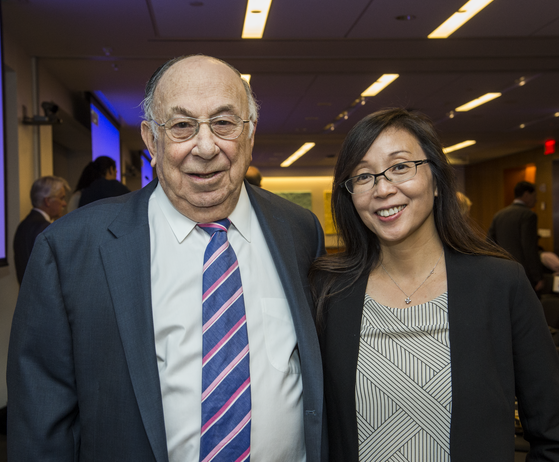 Dr. Gan spoke about immune cells in the brain, particularly cells called microglia. She showed how partial loss of a protein called TREM2 could impair the microglia, causing them to transform from guardians that fight infection to villains that promotes the aggregation of tau protein – a hallmark of Alzheimer’s. Her study suggests that re-tuning brain’s immune responses that have gone awry in Alzheimer’s disease could lead to novel therapeutic opportunities.

This year’s program, titled “A Path to a Cure: New Frontiers in Neurodegenerative Diseases,” featured speakers including Dr. Chris Schaffer, associate professor in the Meinig School of Biomedical Engineering at Cornell University; Dr. Li-Huei Tsai, director of The Picower Institute for Learning and Memory and Picower Professor of Neuroscience at Massachusetts Institute of Technology; and Dr. Ronald Petersen, director of the Mayo Clinic Alzheimer's Disease Research Center and the Mayo Clinic Study of Aging.

Speakers lectured on the role of inflammation and reduced blood flow in the brain, as well as an emerging concept in diagnosing and staging Alzheimer’s disease using fluid biomarkers and imaging to complement patients’ clinical symptoms. The findings presented at the symposium represent the latest approaches to understanding neurodegenerative diseases and could lead to future therapeutic options.

“I’ve attended all six symposia, and this was the finest we’ve ever had,” said Dr. Matthew Fink, chairman of the Department of Neurology and the Louis and Gertrude Feil Professor of Clinical Neurology, who moderated a panel discussion with the speakers following their presentations.

Dr. Schaffer’s lab develops advanced optical tools to look into the brains of mice with neurodegenerative diseases. His presentation focused on the causes and consequences of reduced brain blood flow – a symptom of Alzheimer’s disease that has been known for decades but remains unexplained, he said. Recently, his team discovered that the brains of mice with Alzheimer’s disease had more “stalled capillaries,” or capillaries where the blood cells were not moving. They found that an inflammatory response was responsible for the stalling capillaries and that particular antibodies could reverse the problem. Dr. Schaffer explained how he used “citizen-scientists” to sift through images of stalled capillaries through a website they developed. “It’s a window lay public have to authentic practice of what it’s like to do science, and that's a motivator for me,” he said.

Dr. Tsai shared findings related to a non-invasive, sensory-based brain stimulation approach to reduce Alzheimer’s pathology and improve cognition function in rodents. There are two pathological features of the disease –amyloid plaques and neurofibrillary tangles. Dr. Tsai’s team found that very rapid flickering light, specifically oscillating gamma waves at 40 Hz, reduced amyloid beta peptides – molecules that make up amyloid plaque – in the visual cortex of the mice by 50 percent. The flicker also enlarged microglia and allowed the cells to more efficiently engulf amyloid beta peptides. In the near future, they hope to translate the approach to human subjects.

Dr. Petersen discussed the new research framework for Alzheimer’s disease from the National Institute on Aging and Alzheimer’s Association. Decades ago, doctors couldn’t say definitively if someone had the disease until they passed away. Now, the disease can be defined based on the presence of biomarker abnormalities such as the neuroimaging presence of plaques and tangles alone, without considering what’s going on clinically. “This is a major shift in the field,” Dr. Petersen said. With this framework as a backdrop, he went on to present research findings from a population-based study of more than 5,000 people in Olmsted County, Minn., that began in 2004 and is being conducted through the Mayo Clinic Study of Aging. His team is analyzing participants’ biomarkers and imaging results to develop future combination therapies.

Though effective treatments for Alzheimer’s disease have yet to be discovered, the presented research served as proof that experts are one step closer and funding is a crucial component to finding the answer.

“It is hard to find anyone who hasn’t felt the impact of Alzheimer’s disease in one way or another,” said Robert Appel, vice chair of the Weill Cornell Medicine Board of Overseers. “Helen and I had two very close friends pass away as a result of the disease, and we were devastated by their suffering, as well as that of their family members. Any positive development in something treatable for Alzheimer’s is the golden goose. But funding has now begun to accelerate; the enormity of the situation has finally pressed itself on the public sector.”