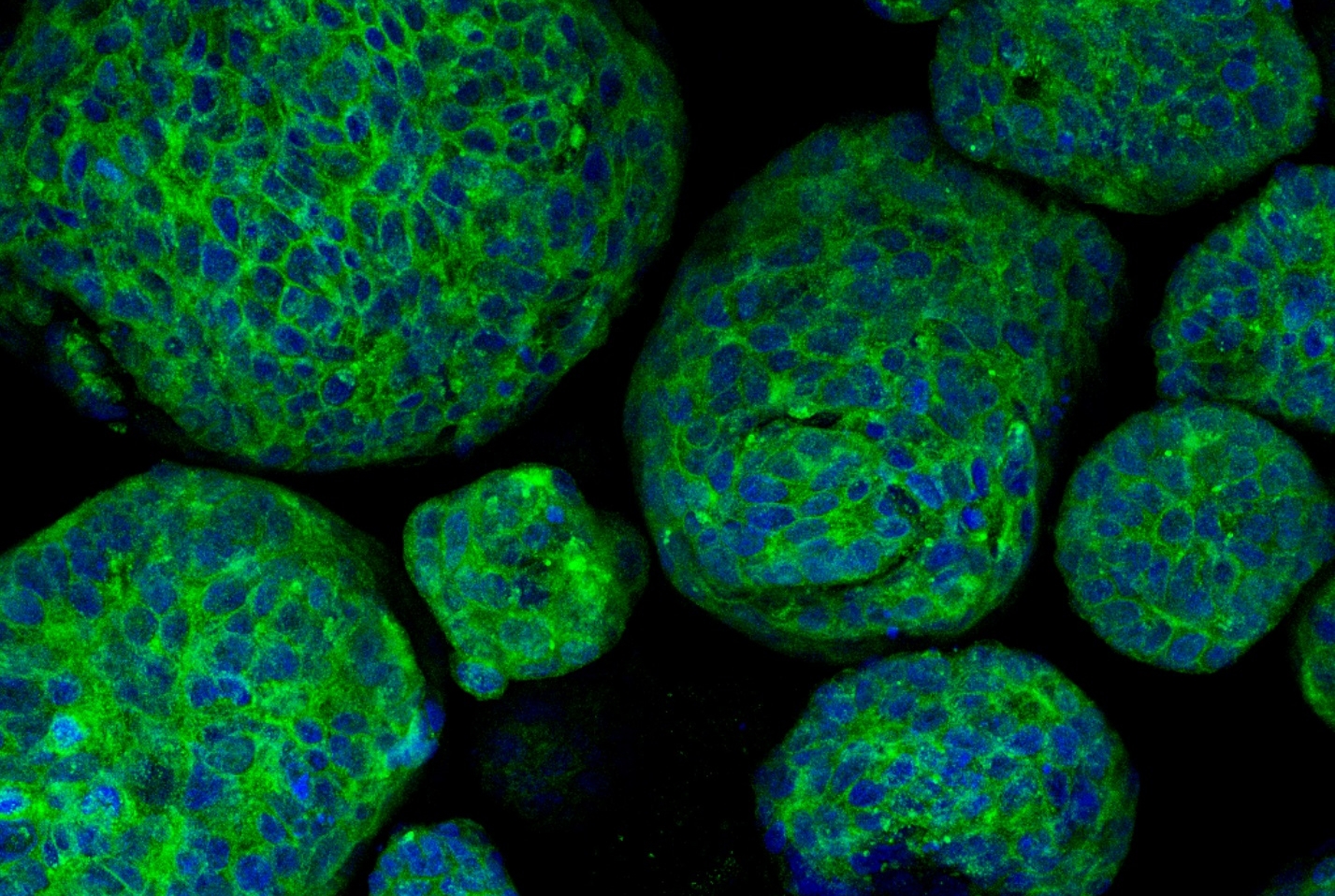 Growing miniature tumors from patient’s cells in the laboratory may help scientists personalize treatments for those with a rare form of prostate cancer, according a study by Weill Cornell Medicine and NewYork-Presbyterian scientists.

Patients with prostate cancer often receive therapies that reduce levels of testosterone. Many of their tumors eventually become resistant to such hormone-reducing therapies and some transform into a rare, but aggressive form called neuroendocrine prostate cancer. In a study published June 19 in Nature Communications, lead author Dr. Himisha Beltran, an associate professor of medicine at Weill Cornell Medicine, and her colleagues show that growing 3-dimensional living tissues called organoids from patient tumor cells could aid research on this form of cancer and could lead to personalized treatments.

“Organoid technology is a hot area in the cancer field right now,” said Dr. Beltran, who is also director of clinical and translational research at the Caryl and Israel Englander Institute for Precision Medicine and a member of the Sandra and Edward Meyer Cancer Center at Weill Cornell Medicine, and is an oncologist at NewYork-Presbyterian/Weill Cornell Medical Center. “It’s an important development to help us translate discoveries from the laboratory to patients faster.”

Dr. Beltran and her colleagues used a needle to collect cells from the tumors of 25 patients with metastatic prostate cancer. They were able to successfully grow tumor organoids from the cells of four (16 percent) of these patients. They compared the organoids to the patients’ tumors and found the genomes, gene transcription and epigenetics, which regulates gene expression, to be similar in both.

“These patient-derived models represent a unique resource that can help scientists to formulate treatment strategies and to better understand this aggressive variant of prostate cancer,” said the study’s first author Dr. Loredana Puca, a postdoctoral research fellow in the Beltran laboratory at Weill Cornell Medicine.

The team then tested an experimental drug on the organoids that reduced the activity of a protein called EZH2. This protein is hyperactive in patients with this form of cancer, and may contribute to tumor formation by turning genes on or off. Treatment with very high doses of the drug killed cells in the organoids. However, such high doses would likely be toxic in patients, so the researchers investigated drugs that might be effective for a combination therapy. The organoids were used to screen 129 drugs to determine if any would harm the tumor alone or in combination with the drug targeting EZH2.

The researchers also showed that the organoid’s response to currently available drugs predicted the patient’s response to experimental therapies. This suggests organoids might help match patients with the best treatment.

“If you could predict what a patient would respond to before a trial or before they get a drug, that would be amazing,” Dr. Puca said. First, they must perfect their techniques so they can reliably grow organoids for every patient. The researchers are also working to develop a platform that might one day allow physicians to screen drugs for specific patients.

“Dr. Puca, Dr. Beltran and their team have developed much-needed experimental models to study human neuroendocrine prostate cancer, currently an untreatable and lethal form of the disease,” said Dr. Howard Soule, executive vice president and chief science officer of the Prostate Cancer Foundation. “The Prostate Cancer Foundation is proud to have supported this exceptional research team, which is continuing to make groundbreaking progress in describing the biology and identifying promising new treatments for very advanced forms of prostate cancer.”