Dr. Jean William “Bill” Pape, the Howard and Carol Holtzmann Professor in Clinical Medicine and the founder and director of GHESKIO in Haiti, has been awarded the inaugural Joan and Sanford I. Weill Exemplary Achievement Award from Weill Cornell Medicine.

The award, established this year in honor of the Weills, celebrates physicians and scientists whose work enhances health and healthcare worldwide. Dr. Pape accepted the award, which carries a $50,000 cash prize, during a gala on March 7. 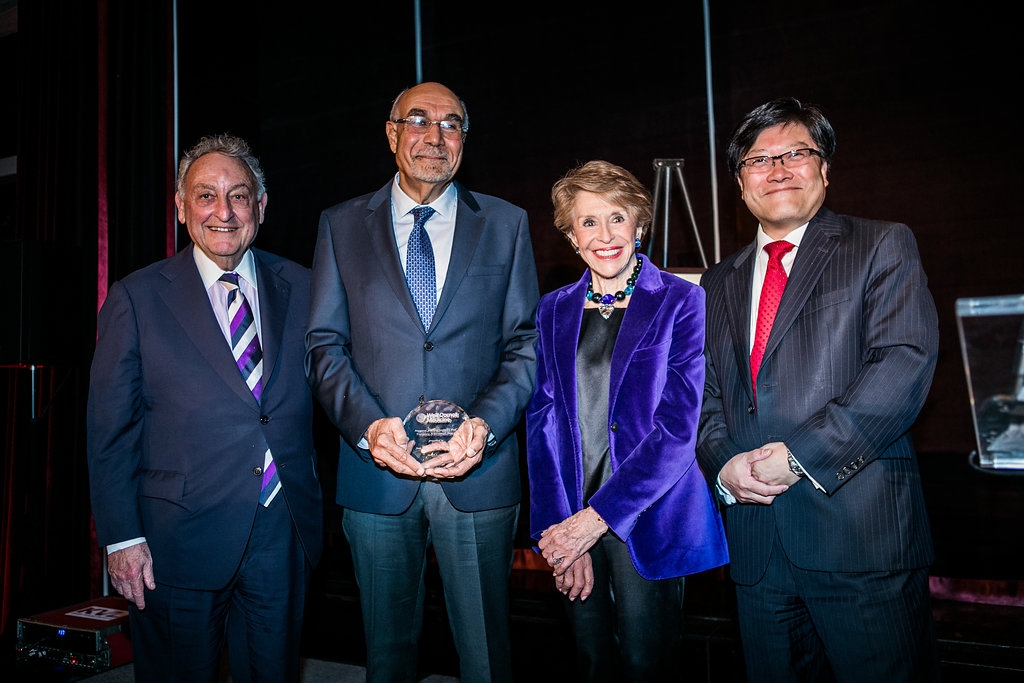 “I’m deeply honored and humbled to receive this prestigious award on behalf of our amazing staff at both Weill Cornell Medicine’s Center for Global Health in New York and the GHESKIO Centers in Port-au-Prince,” Dr. Pape said. “There’s no better feeling than being recognized by your own institution for doing with passion and humility the work dedicated to serve the poor and underprivileged.”

A pioneer in the fight against HIV/AIDS, Dr. Pape in 1982 established GHESKIO, or the Haitian Study Group on Opportunistic Infection and Kaposi’s Sarcoma, which is believed to be the world’s oldest clinic dedicated to treating, studying and preventing the virus. Through HIV counseling, AIDS care and research into new treatment and prevention paradigms, GHESKIO has helped reduce the virus’ prevalence in Haiti from 6 percent to 2 percent since the clinic’s founding. Nearly three-quarters of Haitians infected are now on effective treatment, with survival rates comparable to those in the United States and other resource-rich countries.

In addition to HIV/AIDS care, GHESKIO also provides primary and prenatal care, as well as treatment for tuberculosis and cholera, free of charge. The clinic also has a robust research enterprise—it’s been continuously funded by the National Institutes of Health—and is dedicated to training the next generation of Haitian healthcare leaders.

“What a remarkable and inspirational career. Dr. Pape has really been a true role model and inspiration for all of us,” said Dr. Augustine M.K. Choi, the Stephen and Suzanne Weiss Dean of Weill Cornell Medicine. “Through the work he does every day, he exemplifies our collective commitment to combat disease and to contribute positively to society. He reminds us of why we’re all here and inspires us to do more.”

In addition to honoring Dr. Pape, the gala celebrated 20 years since Weill Cornell Medicine renamed itself in appreciation for the Weills and their exemplary leadership, launching a new era of dynamic expansion.

“Because of your enormous generosity, because of your amazing vision, because of your strong leadership,” Dr. Pape said, “you have contributed to making my alma mater, Weill Cornell, become a premier, world leader in medicine and among the greatest healers of humanity.”