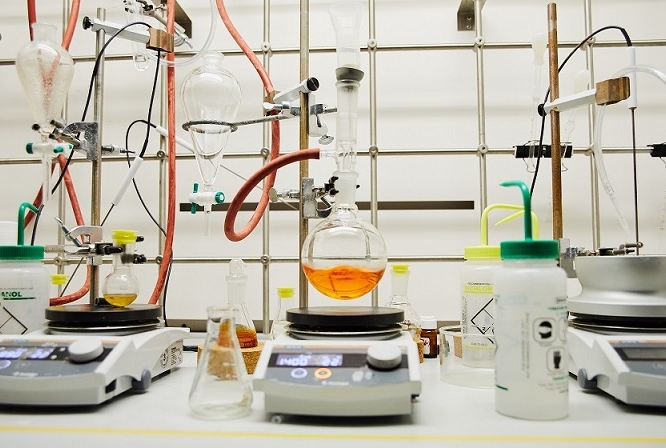 When the Tri-Institutional Therapeutics Discovery Institute launched just over four years ago, nothing like it existed in academia. The nonprofit academic corporation – a joint venture between Memorial Sloan Kettering Cancer Center, The Rockefeller University and Weill Cornell Medicine, with Takeda Pharmaceutical Company Ltd. as their partner – was tasked with expediting the development of innovative new drugs and, more recently, antibodies, based on early discoveries at the three institutions. Its unusual model was a gamble. Academics would partner with medicinal chemists embedded from industry, and the intellectual property from their discoveries would stay with the scientists’ home institutions; the industry partner would get the right of first offer to further develop any breakthroughs.

Now, as inaugural Sanders Director Dr. Michael Foley is set to depart for healthcare investment firm Deerfield Management later this year, two projects from a portfolio of 57 that the Tri-I TDI has supported have “graduated” with the demonstration that the compounds under study work in preclinical contexts. These compounds are now ready for the next phase of therapeutic development – a phase intended to lead to investigational new drugs. A third project, which originated at Weill Cornell Medicine, is expected to move forward later this month. These projects are candidates for advancement into Bridge Medicines, Inc., a for-profit company established in 2016 by the three Tri-I TDI academic founders, Takeda, and two investment firms – Bay City Capital and Deerfield Management – designed to take Tri-I TDI projects into readiness for clinical trials over a two- to three-year time frame.

As many as eight other Tri-I TDI projects could go on to further therapeutic development this year, Dr. Foley said. And in a testament to its reputation, other institutions of higher learning are considering how to replicate the Tri-I TDI model, perceiving it as important to sustaining basic science in academia. 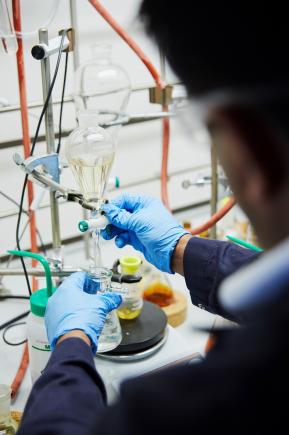 “The Tri-I TDI has made a remarkable impact in a very short time,” said Dr. Augustine M.K. Choi, the Stephen and Suzanne Weiss Dean of Weill Cornell Medicine and current chairman of the Tri-I TDI board. “Dr. Foley came here with a vision and sense of mission. He wanted to show there’s a better way to make drugs that involves side-by-side interaction between academic innovators and pharmaceutical experts. He did so magnificently and is now ready to help Bridge Medicines’ investment partner Deerfield Management build the vital infrastructure that will make New York City a hub for biotech.”

The two projects that have graduated – one from The Rockefeller University and one from Memorial Sloan Kettering Cancer Center – are intended to improve cancer care. One of the objectives of the Tri-I TDI project at Rockefeller was to discover and develop therapies suitable for topical treatment of the most common skin cancer, basal cell carcinoma. By exploiting fundamental discoveries from the laboratory of Dr. Tarun Kapoor, Rockefeller’s Pels Family Professor, that link a molecule called Hedgehog to common human cancers, the Tri-I TDI was able to generate novel, potent compounds that exhibited appropriate efficacy and suitability for drug development, coupled with therapeutic potential in preclinical models.

“This project from the Kapoor lab has resulted in a novel approach for treating this common skin cancer that can now be advanced toward clinical trials,” said Dr. Richard P. Lifton, president of The Rockefeller University. “It provides a powerful proof-of-principle of the Tri-I TDI program, combining insight from great basic science in academia with outstanding medicinal chemistry supported by industry to rapidly and inexpensively develop an innovative drug candidate.”

In the other project that has graduated from Tri-I TDI, Dr. Hans-Guido Wendel, a cancer biologist at Memorial Sloan Kettering, identified a highly potent anti-cancer agent that showed broad activity against diverse human cancer cell lines as well as robust efficacy in multiple animal cancer models, with low toxicity. Extensive study of this compound carried out by Tri-I TDI demonstrated its suitability to advance to the preclinical safety studies necessary to support future evaluation in cancer patients. In addition, Tri-I TDI has identified a novel backup molecule with superior properties, both in cancer cells and in animal models of cancer, that is the subject of extensive and ongoing evaluation.

The graduating projects are among 34 that the Tri-I TDI is presently supporting with sophisticated technologies to test new hypotheses about the cause of disease by using highly specific small chemical compounds or highly specific proteins called monoclonal antibodies. Medicinal chemists, immunochemists who are expert in antibody generation, molecular modelers, pharmacologists and other specialists – whose complementary industry experience is rare in academic settings – help provide insight into whether early-stage faculty discoveries can be translated into treatments for conditions ranging from neurodegenerative diseases to cancer, inflammatory diseases, infectious diseases, vascular disorders, addiction and pain. Another 23 faculty members are receiving support for early-stage projects, including access to the Ablexis AlivaMab Mouse platform, high-throughput screening and chemistry support that could prepare them for eventual acceptance into the Tri-I TDI.

The Tri-I TDI also was charged with educating scientists at the three institutions, as directed by two philanthropic funders, Lewis and Ali Sanders. Dr. Foley says the Tri-I TDI has achieved that, in spades. State-of-the-art computational software from Schrödinger, Inc. is available to members of the Weill Cornell Medicine, The Rockefeller University and Memorial Sloan Kettering Cancer Center communities, and some 500 people have been trained in how to use it. About 120 trainees have taken a medicinal chemistry course offered in conjunction with Drew University. And enrollment is full for a new drug-development course for graduate students beginning this month, as well as for a post-doctoral fellows program.

While in its first years the Tri-I TDI had the culture of a risky startup, the next director will oversee an established staff of 24, many of them top recruits from large pharmaceutical companies who are thriving in a lean and autonomous culture, Dr. Foley said. And while the first era of the Tri-I TDI relied partly on philanthropic support, the institute’s ultimate goal is to become self-sustaining while bringing science to patients.

“We were fortunate to have Michael Foley shaping the Tri-I TDI these past four years, and the great progress the Tri-I TDI has made during his tenure demonstrates his exceptional vision and leadership,” said Dr. David Scheinberg, a member of the Tri-I TDI’s Board of Directors and chairman of Memorial Sloan Kettering’s Molecular Pharmacology and Chemistry Program. “As we search for Dr. Foley’s successor, we remain invigorated by the early success of the Tri-I TDI and excited for its next phase.”