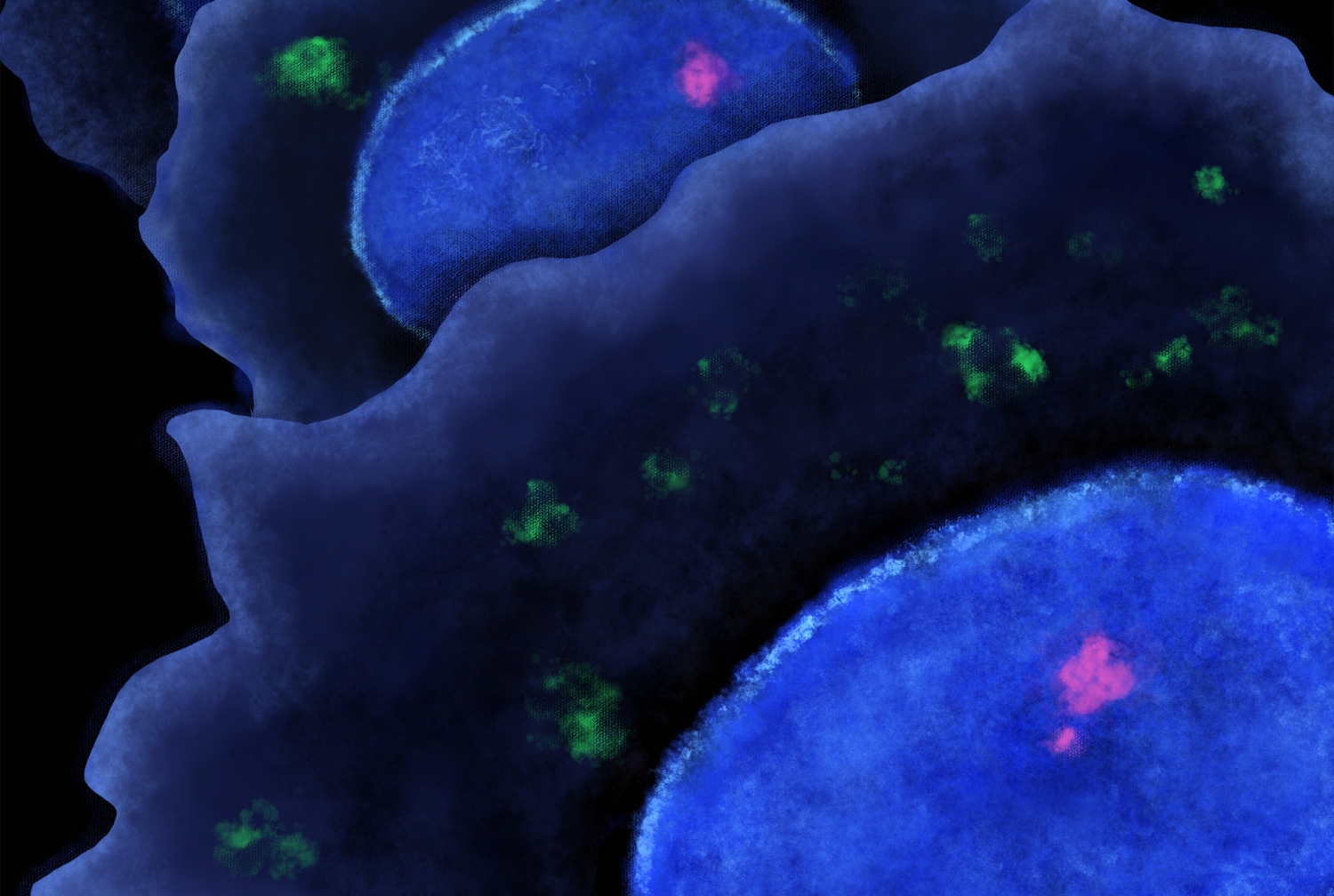 Cancer metastasis, the migration of cells from a primary tumor to form distant tumors in the body, can be triggered by a chronic leakage of DNA within tumor cells, according to a team led by Weill Cornell Medicine and Memorial Sloan Kettering Cancer Center researchers.

How metastasis occurs has been one of the central mysteries of cancer biology. The findings, published Jan. 17 in Nature, appear to have partly solved this mystery. The authors traced the complex chain of events that results from chromosomal instability – a widespread feature of cancer cells in which DNA is copied incorrectly every time these cells divide, resulting in daughter cells with unequal DNA content. Using models of breast and lung cancer, the investigators found that chromosomal instability leads to changes in the cells that drive metastasis.

“We showed that chromosomal instability can cause a leakage of DNA from the nuclei of cancer cells, leading to a chronic inflammatory response within the cells—and the cells essentially can hijack that response to enable themselves to spread to distant organs,” said study co-lead author Dr. Samuel Bakhoum, a Holman research fellow at Weill Cornell Medicine and a senior resident in radiation oncology at Memorial Sloan Kettering Cancer Center. Dr. Bakhoum conducted the study in collaboration with co-lead author Bryan Ngo, a student in the Weill Cornell Graduate School of Medical Sciences.

The discovery is principally a basic science advance, but should also have long-range implications for cancer drug development.

“Metastasis causes 90 percent of cancer deaths, and this work opens up new possibilities for therapeutically targeting it,” said senior author Dr. Lewis Cantley, the Meyer Director of the Sandra and Edward Meyer Cancer Center and a professor of cancer biology in medicine at Weill Cornell Medicine.

Prior studies have linked chromosomal instability to metastasis, although the reason for the link hasn’t been clear. “Our starting hypothesis was that chromosomal instability generates a lot of genetically different tumor cells, and that a Darwinian selection process promotes the survival of the cells that are capable of spreading and forming distant tumors,” Dr. Bakhoum said.

The researchers examined gene activity in these two sets of tumor cells. They found that those with high chromosomal instability had abnormally elevated activity stemming from more than 1,500 genes—particularly in ones involved in inflammation and the response of the immune system to viral infections. “These were cancer cells cultured in a dish, not in the presence of any immune cells,” Dr. Bakhoum said. “We were very surprised by that and wondered what could be driving this inflammatory reaction.”

Recent studies by other laboratories offered some clues: Chromosomes in unstable tumor cells can sometimes leak out of the cell nucleus where they normally reside. These mis-located chromosomes encapsulate themselves to form “micronuclei” in the fluid, or cytosol, in the main part of the cell outside of the main nucleus. However, micronuclei tend to rupture eventually, releasing naked DNA into the cytosol.

Cells interpret DNA in the cytosol as a sign of an infecting virus, which typically releases its DNA in the cytoplasm when it first attacks a cell. Human cells have evolved to fight this type of viral infection by sensing naked cytosolic DNA using a molecular machine called the cGAS-STING pathway. Once activated, this pathway triggers an inflammatory antiviral program.

Dr. Bakhoum and colleagues examined their chromosomally unstable tumor cells, and found that they did indeed have plenty of cytosolic DNA—and showed evidence of chronic activation of the anti-viral cGAS-STING proteins. Lowering cGAS-STING levels reduced inflammation and prevented the ability of otherwise aggressive tumor cells to metastasize when injected into mice.

In an ordinary cell, an antiviral response stimulated by DNA leakage from the nucleus would soon bring about the cell’s death. The researchers found, however, that tumor cells have succeeded in suppressing the lethal elements of the cGAS-STING response. At the same time, they use other parts of the response to enable themselves to detach from the tumor and become mobile within the body.

“They start acting as if they were certain kinds of immune cells, which are normally activated by infection,” Dr. Bakhoum said. “In response, they move to the site of infection or injury in the body very quickly. By doing so, cancer cells engage in some form of lethal immune mimicry.”

The researchers estimate, based on recent studies of metastatic tumor properties, that about half of human metastases originate this way. They are currently investigating strategies for blocking the process.

It might not be feasible to target chromosomal instability itself, since tumor cells are inherently prone to that, Dr. Bakhoum said. However, he noted, “chromosomally unstable tumor cells, with their cytosolic DNA, are basically full of their own poison.” Undoing their ability to suppress normal and lethal antiviral response to cytosolic DNA would, in principle, kill these aggressive cancer cells swiftly, with minimal effects on other cells.

“One of our next steps is to understand better how these cells alter the normal response and how we can restore it,” Dr. Bakhoum said.