Signs of Acute Myeloid Leukemia May Be Present Years Before Diagnosis 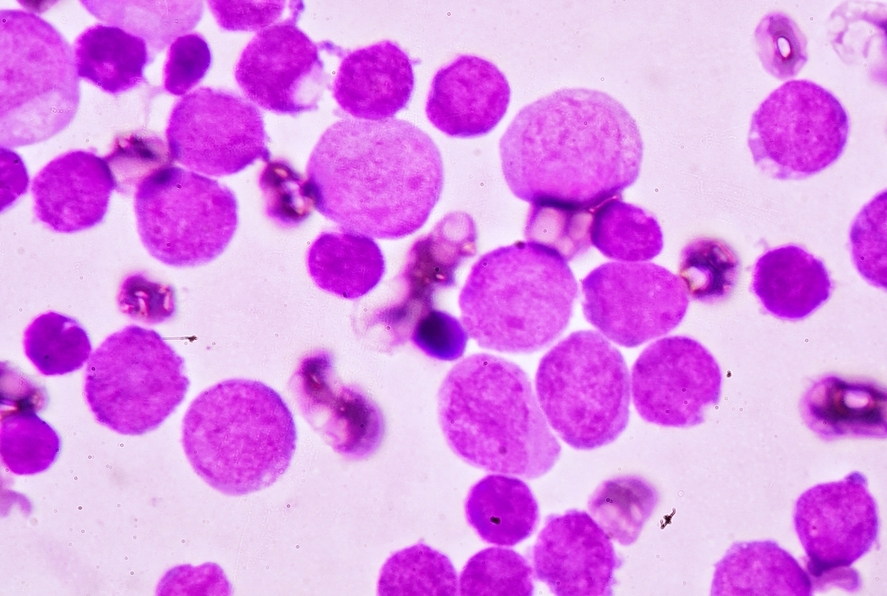 Patients with acute myeloid leukemia (AML) may have genetic mutations in their blood indicating they are at high risk of developing the disease about nine years before diagnosis, according to research from Weill Cornell Medicine and NewYork-Presbyterian investigators. They presented their findings at the 59th annual American Society of Hematology meeting on Dec. 10 in Atlanta, Ga.

“We never thought we could detect mutations at high frequency so many years prior to development of AML,” said first author Dr. Pinkal Desai, an assistant professor of medicine at Weill Cornell Medicine and an oncologist at NewYork-Presbyterian/Weill Cornell Medical Center. “What we do with this information is the most important question.”

Notably, the findings could one day have implications for the monitoring, early intervention or prevention of AML, which has a very low cure rate, causing most patients to die from their disease. Patients tend to be older and may not tolerate standard treatments such as high-dose chemotherapy or stem cell transplant. Finding early signs of AML could allow doctors to better track disease development and to offer targeted, well-tolerated therapies sooner rather than later, Dr. Desai said.

To conduct their research, Dr. Desai and colleagues—including senior author Dr. Duane Hassane, an assistant professor of computational biomedicine in medicine at Weill Cornell Medicine—evaluated data from the Women’s Health Initiative, a large, long-term national study established by the National Institutes of Health.

They used sophisticated technology to analyze genetic mutations in blood samples from study participants, 212 of whom later developed AML. The samples were taken an average of nine years before AML diagnosis. They compared these samples with those from a control group of 212 women who did not develop AML.

Moreover, different mutations appear to be associated with varying levels of risk for developing AML, and when the disease may emerge. Notably, all 23 of the women who had TP53 mutations developed AML. These women also developed AML significantly sooner than other AML patients without a TP53 mutation. Consequently, the researchers theorize that some genetic mutations may give doctors clues as to how soon a person is likely to develop the disease. In addition, 15 of 16 women with a mutation in genes called IDH1 and IDH2 went on to develop AML.

“There hasn’t been a lot of data about what is considered to be a pre-disease state, particularly for AML,” said Dr. Desai, who along with Dr. Hassane are investigators in the Leukemia Program at Weill Cornell Medicine and NewYork-Presbyterian. This study is the first of its kind to demonstrate the relationship between specific gene mutations and AML risk.

“As molecular monitoring becomes increasingly routine, our findings represent an important first step in enabling oncologists to consider the possibility of early intervention,” said Dr. Hassane. Indeed, if these results are validated in further studies, oncologists would likely want to monitor patients with both TP53 and IDH mutations very closely and possibly consider treatment, the investigators said.

“While there’s currently no standard for making clinical decisions based on these type of data, in working with physicians at Weill Cornell Medicine and NewYork-Presbyterian, we are aiming to define new standards and thus generate new therapeutic possibilities for patients using genomic information,” Dr. Hassane said.