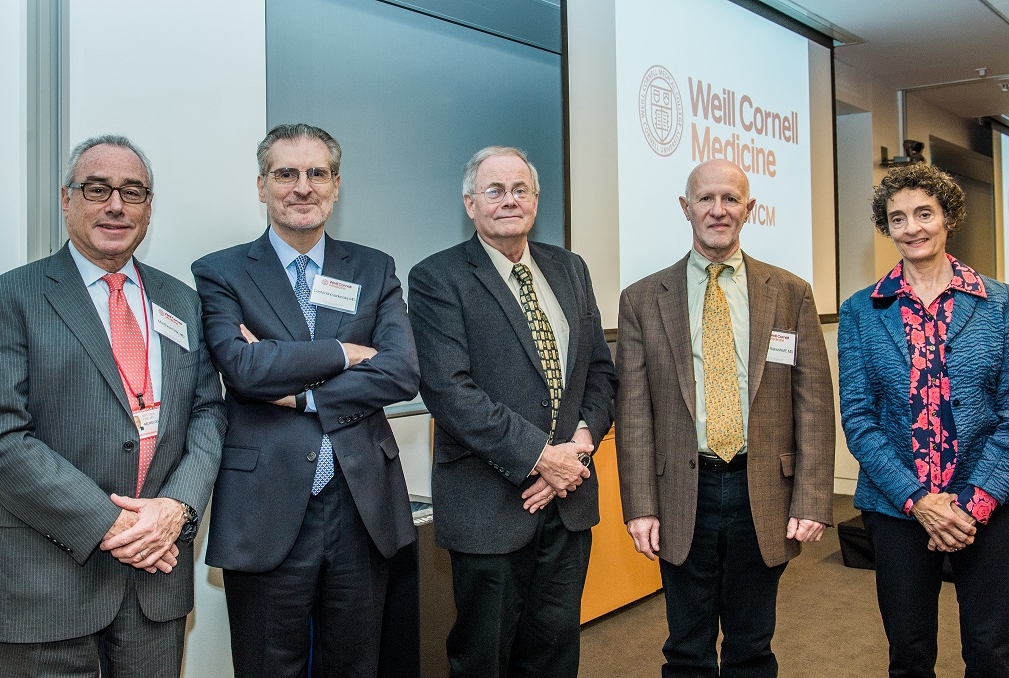 Advances in scientific innovation are leading to powerful discoveries about Alzheimer’s and neurodegenerative diseases, sparking hope for the development of new treatment and therapies for the conditions.

“In the last 10 years, watching this from afar, it’s an amazing ride this field is going through, and I think we have just begun,” said Dr. Augustine M.K. Choi, the Stephen and Suzanne Weiss Dean of Weill Cornell Medicine and provost for medical affairs of Cornell University. “And it’s beginning because we have the Appel Institute, with the best minds – from young trainees to mid-level faculty and senior faculty – to lead this charge.” 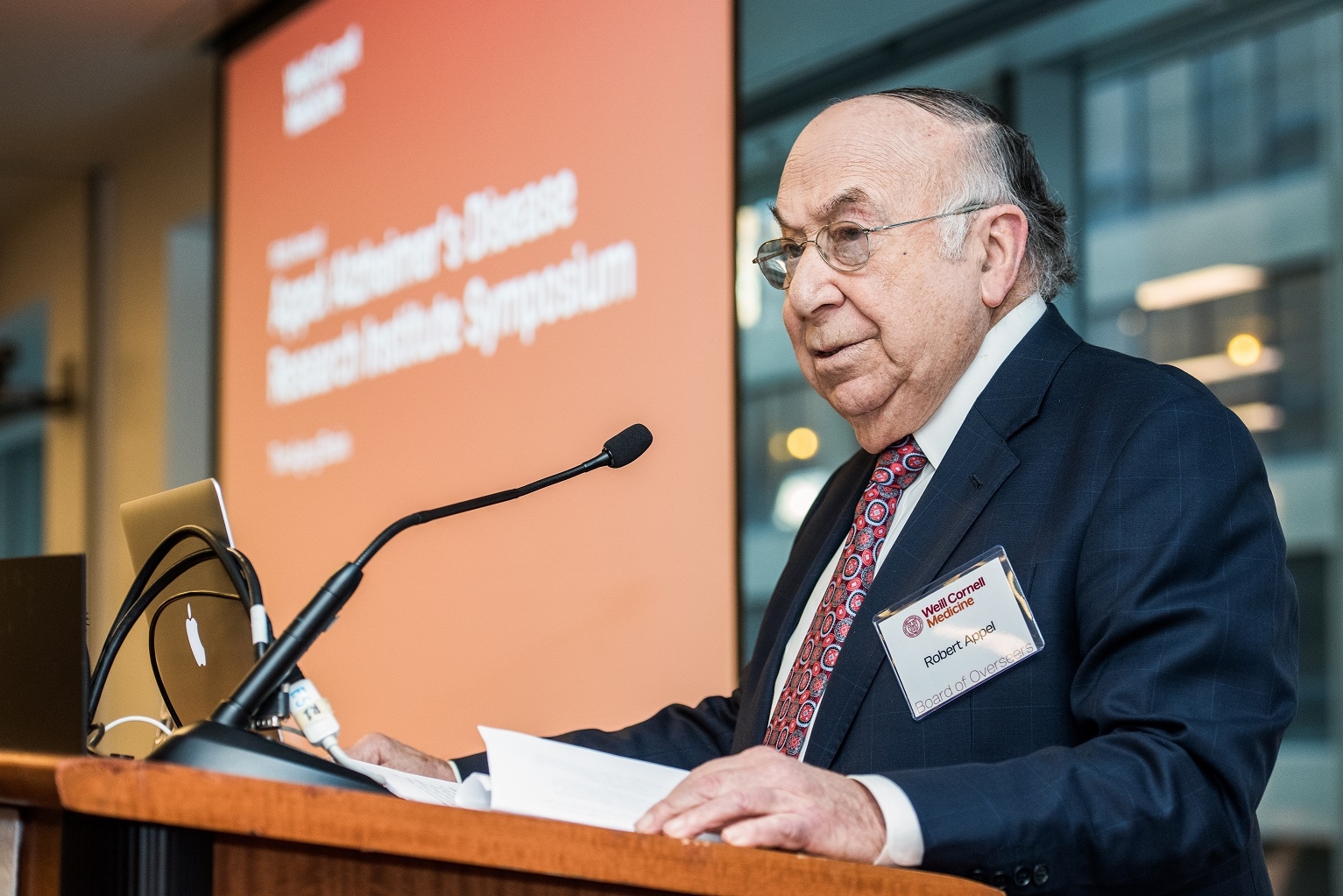 Dr. Matthew Fink, chairman of the Department of Neurology and the Louis and Gertrude Feil Professor of Clinical Neurology, moderated a panel discussion with the speakers following their presentations.

Speakers focused on the structure and function of the aging brain, with special emphasis on recent findings about cellular, neurological and vascular processes. Driven by developments in genetics research and investments in testing, including studies in people and in mice, these findings could lead to therapeutic breakthroughs in neurodegenerative disease research.

For example, Dr. Iadecola presented evidence that has emerged over the last 25 years that suggests vascular risk factors in midlife, such as the common condition of hypertension, may double a person’s chance of developing Alzheimer’s disease later in life. Therefore, he said, one way to lower a person’s risk for a neurodegenerative disease is to maintain a lower blood pressure earlier in life.

“We can try to prevent dementia by applying well-established principles we know to be helpful for our vascular health,” Dr. Iadecola said. “If you’re going to have healthy minds, you’ve got to have healthy blood vessels.”

Dr. Shatz spoke about the role of the receptor Pir-B, an essential agent in the pruning of the connections between nerve cells called synapses, which are vital spaces where information is transferred between cells. Though pruning occurs normally in early brain development, Dr. Shatz found in mice bioengineered to mimic Alzheimer’s disease that Pir-B also becomes a receptor for beta amyloid proteins, which accumulate in Alzheimer’s into plaques. This causes an over-pruning of the synapses, occurring in early stage Alzheimer’s disease and contributing to memory loss. This work has led Dr. Shatz and investigators to develop a proof-of-principle treatment that blocks Pir-B signaling and curtails pruning.

“We’re kind of excited about this, but we need to know a lot more before we actually can even think about how to do an intelligent experiment in trying to treat Alzheimer’s disease in the mice models, let alone people,” Dr. Shatz said.

Dr. Ransohoff detailed the role of brain cells called microglia, which in a 2002 study were discovered to be critical components of brain health. Using cutting-edge transcriptomics, researchers have found that microglial gene expression is similar in mice and humans. With this information, scientists can now test the safety and efficacy of new therapies targeting microglia to treat neurodegenerative diseases.

“It turns out that microglia are crucially important for brain function in ways that may lead us more quickly to treatments than one might have gotten targeting other brain cells,” Dr. Ransohoff said.

The discovery about the previously ignored microglia is one of the understandings that shed new light on the factors that lead to Alzheimer’s disease, a type of dementia that affects 5.5 million Americans, with 96 percent of patients age 65 and older. As the baby boomer generation ages and life expectancy rates increase, the number of Alzheimer’s disease patients is expected to rise rapidly. In 2017, there are 12 million Americans older than age 80, but by 2050 that number will increase by to 32 million, with roughly 40 percent diagnosed with either Alzheimer’s or Parkinson’s disease.

Discovered in 1906 by Dr. Alois Alzheimer while treating Auguste Deter, the disease has only recently been the subject of bold progress in research. According to the Alzheimer’s Association, 90 percent of information about the disease has been discovered in the last 20 years.

“There is much more to be hopeful for,” said Robert Appel, vice chair of the Weill Cornell Medicine Board of Overseers. “Is it still a complicated disease? Yes, but the tools available to us and the understandings and the way medical research is being done hold real promise.”