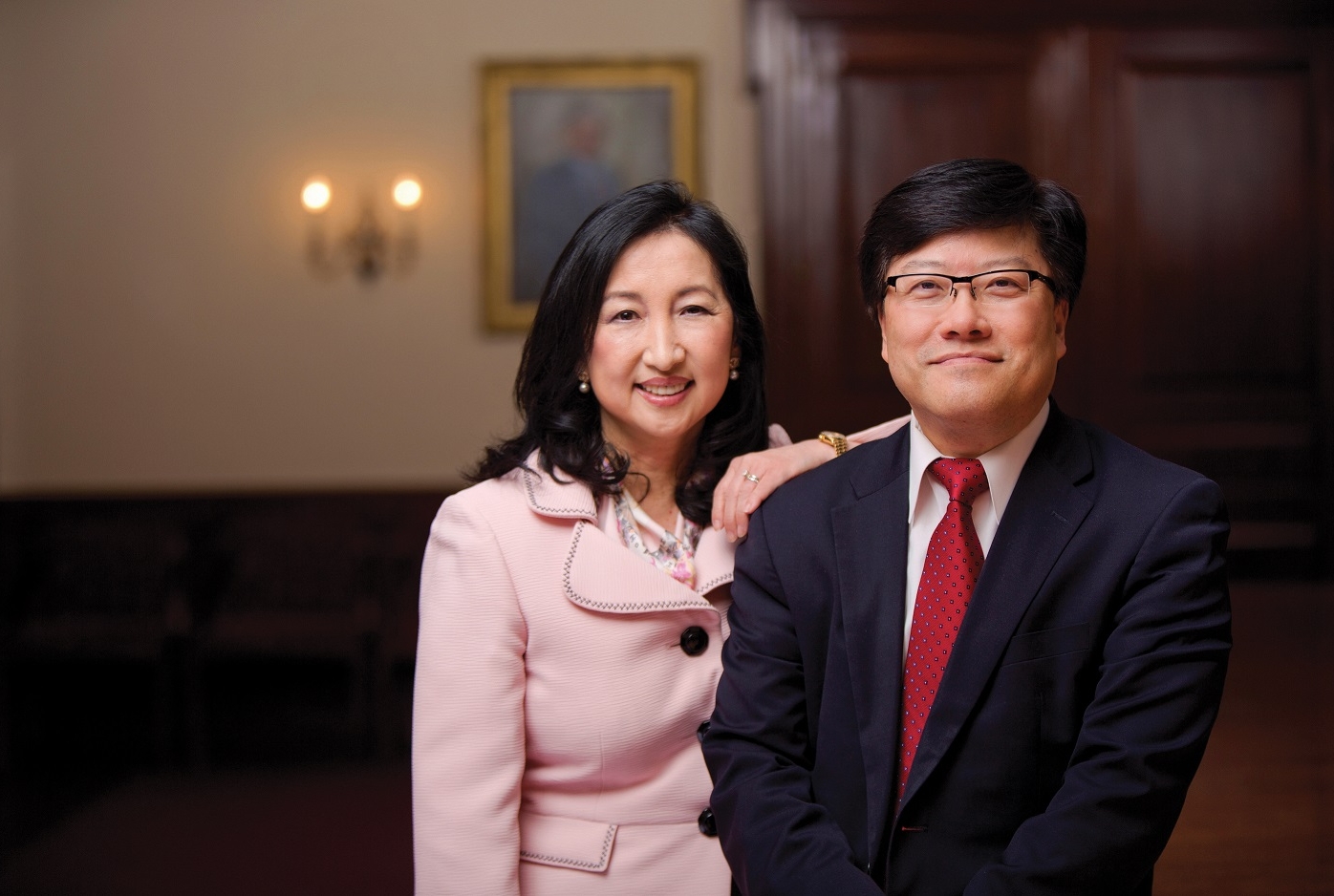 Weill Cornell Medicine researchers have received a grant from the National Heart, Lung, and Blood Institute of the National Institutes of Health to conduct an in-depth study of the mechanisms that cause scar tissue to form in the lung and kidney.

The competitive grant was one of only three awarded nationally this year by the NIH in response to their request for application for “Collaborative Projects to Accelerate Research in Organ Fibrosis.” It will provide more than $2.1 million in funding over four years to the wife and husband team of Dr. Mary E. Choi, a professor of medicine and nephrologist, and Dr. Augustine M.K. Choi, the Stephen and Suzanne Weiss Dean of Weill Cornell Medicine, who is a pulmonologist.

Using their combined expertise, the co-principal investigators will study the pathogenic process that causes scar tissue formation, called fibrosis, which can affect numerous organs and lead to progressive loss of tissue function and eventual organ failure. Fibrosis is the hallmark of progressive chronic kidney diseases as a common response to injury. Similarly, end-stage lung diseases are frequently characterized by lung fibrosis.

The investigators will focus on a gene called RIPK3 and the role it plays in the development of lung and kidney fibrosis. They will also seek to uncover new biomarkers for disease severity and new molecular targets for diagnosing and treating patients whose lungs or kidneys are affected by the condition.

“Almost any chronic disease that progresses to an end stage, such as lung or kidney disease, leads to fibrosis that is ultimately responsible for organ failure,” said Dr. Mary Choi, who is also a nephrologist at NewYork-Presbyterian/Weill Cornell Medical Center. “Still, there are very limited treatment options specifically targeting this. So we want to address that by investigating what leads to progressive fibrosis in chronic disease.”

In previous preliminary studies, the investigators discovered that the RIPK3 gene, which plays a key role in regulating a programmed cell death pathway called necroptosis, is significant in fibrosis formation and progression. The gene codes for a common type of signaling molecule in cells called protein kinase. Using genetically engineered mice, the team has demonstrated that rodents lacking RIPK3 were protected against kidney fibrosis, yet susceptible to pulmonary fibrosis. The organ and tissue-specific differences may therefore be due to the different signaling pathways through which RIPK3 acts.

Armed with the NIH grant, the investigators now seek to characterize the function of RIPK3 and the molecules that it targets to exert its varied effects on kidney and lung fibrosis. In addition to using chemical inhibitors of the pathway tested in mice, the investigators will use low-dose carbon monoxide — which preliminary data shows may work to regulate this cell death pathway — potentially limiting or reducing the amount of fibrosis formation. The investigators will also use human samples to examine these molecules and uncover whether they can be a predictor, or biomarker, of disease.

“There are two avenues for potential human therapy – the specific inhibitor for this protein or the use of carbon monoxide gas to target this pathway,” said Dr. Augustine Choi, who is also professor of medicine and of genetic medicine. “Ultimately we want to make a difference in patients by discovering innovative treatments.”

The physiological link between the kidney and the lungs is an emerging area of research. Teaming up with her husband — who is the cofounder of Proterris, a company that aims to develop CO therapeutically — for this study was a natural fit, Dr. Mary Choi said. “Although they are physically distant in the body, there is evidence of communication between the kidney and the lungs, with the two organs displaying a connection in various diseases,” she said.

For the investigators, who work in adjacent labs at Weill Cornell, the collaborative environment cultivated amongst their research teams has been a key component of the grant’s success. “Our postdocs and staff rub elbows and are in constant communication, having joint meetings and troubleshooting for each other,” Dr. Mary Choi said. “Our close proximity has not only inspired this collaboration, but provided us with the environment we needed to develop a research project that was truly competitive.”