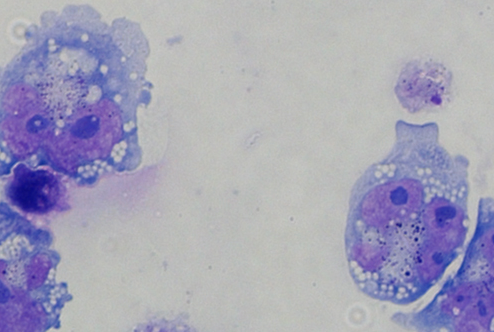 Errors in the regulation of gene expression may contribute to the development of a common form of blood cancer and point to potential treatment strategies, according to a new study by scientists from Weill Cornell Medicine and Memorial Sloan Kettering Cancer Center.

Acute myeloid leukemia (AML) is a difficult-to-treat cancer of the blood and bone marrow. In a paper published Sept. 18 in Nature Medicine, Dr. Samie Jaffrey, a professor of pharmacology at Weill Cornell Medicine, and Dr. Michael Kharas, an assistant member in pharmacology at Memorial Sloan Kettering Cancer Center, show that people with AML have unusually high levels of an enzyme that places chemical marks on messenger RNA (mRNA).  Reducing levels of the enzyme, the investigators found, caused tumor cells from patients with AML to begin behaving more like normal cells. The results may lead to new approaches for treating AML that target misregulation of mRNA. 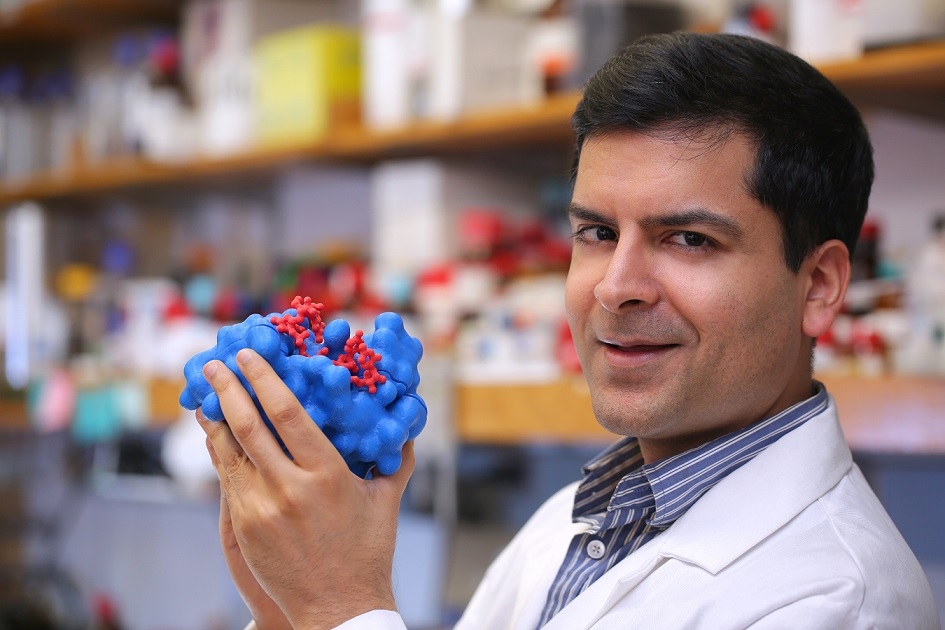 “This is a totally new way of thinking about how cancer may be regulated,” said Dr. Kharas, who is a cancer biologist.

Scientists believe that changes in gene expression may contribute to many types of cancers. Many have been hunting for molecules that regulate DNA as a way to reverse these changes. But Dr. Jaffrey and his team have been focused on how the addition of chemical marks called methyl groups to mRNAs changes gene expression.

The mRNAs act as a messenger between the DNA, where the genes are stored, and the cell’s protein-building machinery. Methyl groups added to the mRNA act like “a hidden code,” Dr. Jaffrey said, that can control which genes’ information is turned into proteins. In normal cells, some genes encourage cells to become cancer-like while others suppress the formation of tumors. If the placement of the methyl groups interferes with this balance, it could lead to cancer. 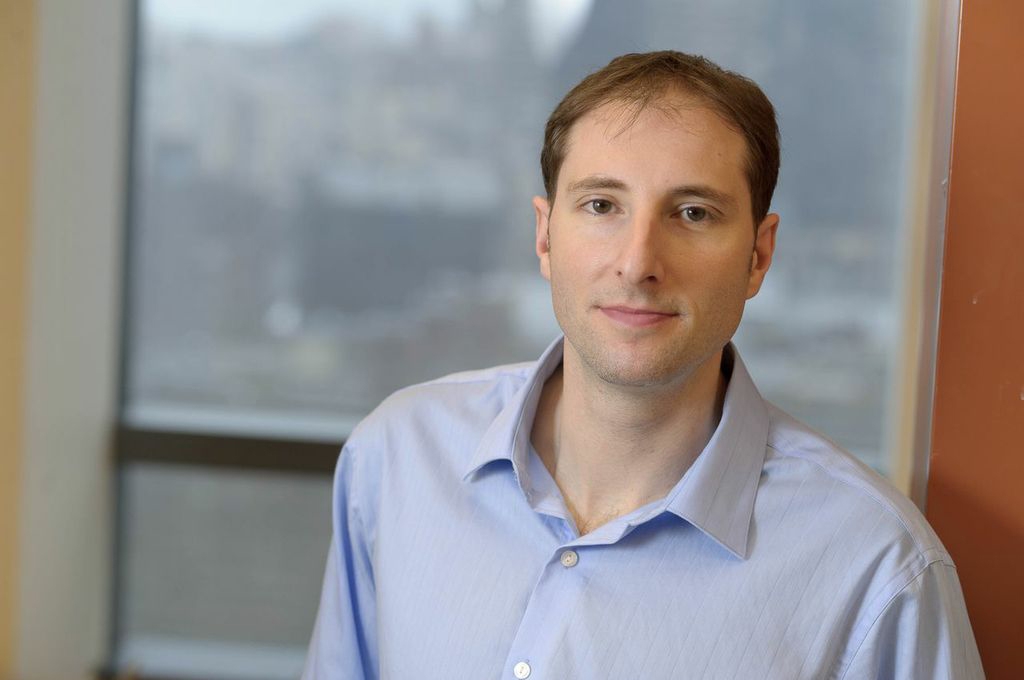 “If the methyl groups are not properly placed, the balance of tumor facilitators and tumor suppressors can go wrong,” Dr. Jaffrey said.

Dr. Kharas, an expert on blood cancers, was also focusing on the potential role of RNA, so the two teamed up, along with Dr. Christopher Mason and Dr. Ari Melnick of Weill Cornell Medicine, to study how the methyl groups might be contributing to AML. They found that cells from patients with AML produce abnormally high amounts of an enzyme called METTL3. This enzyme places methyl groups on RNA.

When they reduced the amount of METTL3 in human AML cells, they found that fewer methyl groups were placed on the RNA. The cancer cells started looking and behaving more like normal cells and eventually died.

“Suddenly, they don’t look like cancer cells under the microscope, and they differentiate in the types of cells they are supposed to be,” Dr. Jaffrey said. “This is very important because this is one of the major goals in leukemia treatment, to cause cancer cells to differentiate into normal behaving cells.”

Cancer cells grow uncontrollably in leukemia patients, Dr. Kharas said, and normal cells are unable to develop into the essential immune system cells produced in the bone marrow. Restoring normal cell growth and death and the ability to produce new healthy immune cells are essential to recovery, he said.

Additionally, when they injected human leukemia cells with reduced METTL3 levels into mice, the development of leukemia was delayed and the mice lived longer.

Now, Drs. Jaffrey and Kharas are looking for small molecules that can bind to METTL3 or other proteins they interact with to see if any of them might cause remission from AML in animal models of the disease. If they are successful, it may suggest that targeting abnormal mRNA methylation may be a new way to treat cancer.

Dr. Kharas cautioned that while the findings are incredibly exciting, it will be important to carefully test any potential treatments targeting RNA methylation to ensure they don’t harm healthy cells in the blood or the rest of the body.

“It’s clearly the early days of understanding this RNA pathway and whether it might be a therapeutic target,” Dr. Kharas said.