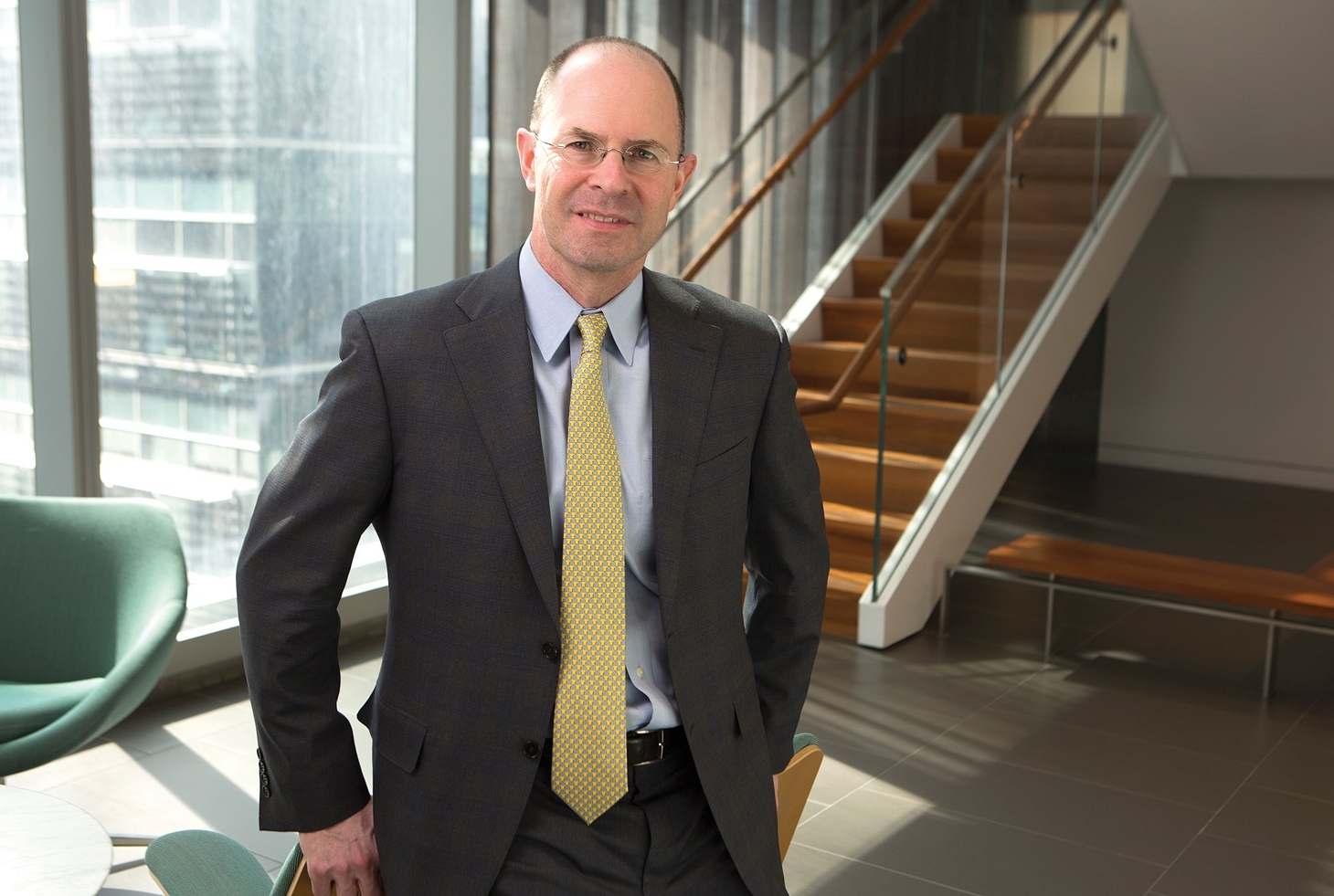 Though medicine has made important strides in treating cardiac patients in recent years, there’s still no cure for cardiovascular disease — a broad group of disorders that claim nearly 18 million lives around the globe annually, a number that the World Health Organization predicts will grow to almost 23.6 million by 2030. In this country alone, about 2,220 people die from heart failure, heart attacks, heart valve problems and other cardiac conditions every day — or one every 40 seconds. “Cardiovascular disease remains the number-one killer,” says Dr. Geoffrey Pitt,  the Ida and Theo Rossi Distinguished Professor of Medicine at Weill Cornell Medicine and a cardiologist at NewYork-Presbyterian/Weill Cornell Medical Center. “It’s a growing concern in the medical community, particularly as the population ages. People are living longer, and the risk of many cardiovascular diseases increases with age.”

Dr. Pitt has dedicated his career to battling this all-too-common cause of death and disability. In addition to treating patients and heading his own studies, he now directs the Cardiovascular Research Institute (CVRI), headquartered on the fifth floor of the Belfer Research Building. The institute was formed last year to bring top scientists together to expand research at Weill Cornell Medicine that could improve heart health. Over the next four years, Dr. Pitt plans to recruit as many as five new principal investigators at the faculty level, who will lead about 60 scientists working in the institute’s labs. They’ll explore promising fields like cardio-oncology — which studies the connections between cancer and heart disease — and regenerative medicine, which aims to restore damaged parts of the heart after an injury like a heart attack.

Dr. Pitt’s own laboratory is focused on one key area: understanding how dysfunctional ion channels — proteins that control electrical signals in cells — lead to cardiac arrhythmia, a serious condition that affects more than 14 million people in the United States alone. “When there are problems in these ion channels, people can have irregular heart rhythms,” he explains. “That can cause things like palpitations, fainting episodes, even sudden death.” Dr. Pitt, whose lab is based in the CVRI’s Starr-Greenberg Program in Arrhythmia Biology, believes if he can figure out how mutations in these proteins occur, innovative therapies might be developed to correct these abnormal heartbeats. And he hopes that CVRI will help fuel that potential breakthrough; though its members will pursue their own studies, Dr. Pitt expects that gathering them in one location will spark partnerships that speed discoveries.

Previously, cardiovascular research was spread among various departments at Weill Cornell Medicine; CVRI now serves as a hub for those studies throughout the institution. “Anytime you have researchers in the same environment, there are more opportunities for them to bump into each other and have informal collaborations and interactions — and that leads to formal collaborations and interactions,” says Dr. Pitt. “You bring two people together with different areas of expertise, and suddenly you have an exciting research project that applies the strengths of both investigators.”

To foster that kind of open environment, there are no walls between CVRI lab and that of his neighbor, Dr. David Christini, vice dean at the graduate school and professor of biomedical engineering in medicine, who has also spent the last two decades examining heart arrhythmias. In November, Dr. Christini moved his seven-person research group to the Belfer Building after Dr. Pitt invited him to join the institute. He was drawn by the opportunity to be part of “a critical mass of cardiovascular scientists” working in close proximity every day, meeting regularly to brainstorm ideas.

For Dr. Christini, one area of interest is a type of arrhythmia called atrial fibrillation, an irregular and often rapid heart rate that can increase the risk of stroke, heart failure and other complications. But, he says, because atrial fibrillation is a complex disorder, it’s hard to study in humans due to the difficulty of imaging inside the heart — or in lab animals, which often poorly represent the clinical condition. So he gathers reams of patient data to create computer models to illuminate the underlying nature of the fibrillation. “We use that to understand patterns of the arrhythmia,” says Dr. Christini, “and to better understand how that information might help inform therapy.” He adds that this could potentially improve interventions like ablation — a technique that intentionally scars small areas in the heart that are causing the rhythm problem — by allowing doctors to better localize the procedure. Dr. Pitt hails this mathematical approach as a potentially useful tool in other CVRI studies down the road, while Dr. Christini points out that a physician-scientist like Dr. Pitt can offer invaluable insights based on experience treating patients. “He and his team are another group of scientists, with a slightly different research angle, to bounce ideas off of,” says Dr. Christini. “That kind of dialogue is what helps ideas mature and expand.”

Dr. Pitt also expects there to be more frequent back-and-forth between CVRI’s researchers and other cardiologists and cardiovascular surgeons. Not only can physicians provide suggestions for future projects, he says, they can refer patients to scientists for possible inclusion in their studies. For instance, Dr. Pitt plans to soon start a clinic for inherited cardiac disorders, aiming to study families in the hope of learning the underlying genetic causes of these ailments. In turn, those results could aid doctors in developing more precise treatments and preventive strategies in the future. “The research that we’re doing at the bench will hopefully inform the clinicians, and the clinicians will bring interesting cases to the researchers,” he says. “We hope there will be translations in both directions.”