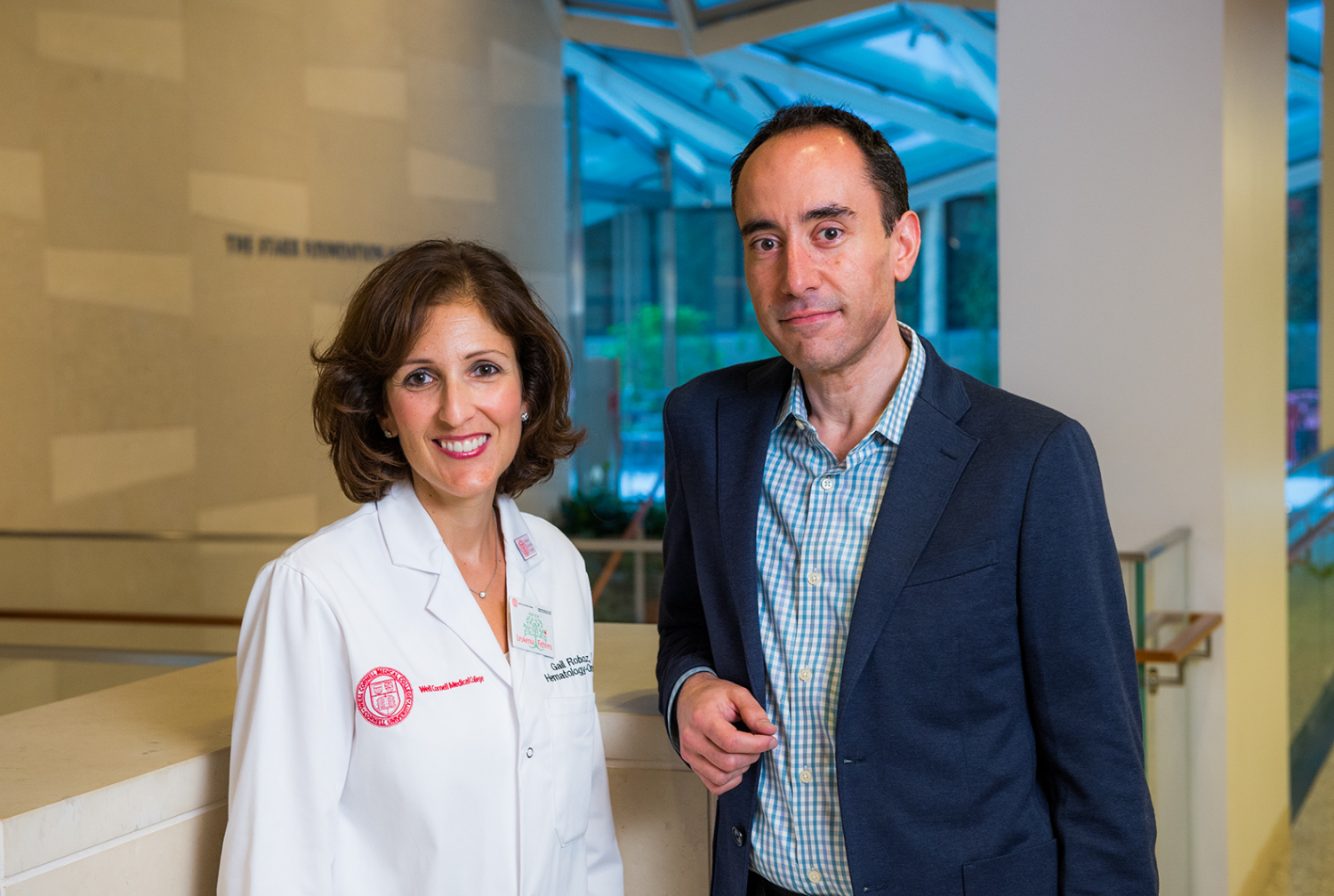 A technique developed by Weill Cornell Medicine and NewYork-Presbyterian investigators can detect cancer cells surviving therapy in the most common form of leukemia in adults more sensitively and precisely than traditional microscopic observation. The approach, described in a study published May 16 in the Journal of Molecular Diagnostics, may forge new ground in developing patient-specific therapies.

A highly heterogeneous disease, acute myeloid leukemia is characterized by fast-moving cancer cells traveling from bone marrow into the bloodstream. Some 21,300 people in the United States were diagnosed in 2016 with the disease, which mutates differently from patient to patient, adapting quickly to its environment. After oncologists treat patients, they monitor for the presence of surviving cancer cells, called minimal residual disease, to determine whether that treatment was effective. Physicians have traditionally accomplished this by viewing cancer cells from a bone marrow biopsy under a microscope, but this method poses limitations.

“Some patients can still have detectable levels of the disease way below the threshold of what we can examine under the microscope,” said study co-author Dr. Gail Roboz, a professor of medicine at Weill Cornell Medicine and an oncologist at NewYork-Presbyterian/Weill Cornell Medical Center. “It doesn’t tell us enough information about what’s going to happen with the patient. There could be substantial leukemia remaining.”

To counteract that, the investigators developed a technique that scours patients’ bone marrow samples post-treatment for genetic mutations – specifically a mutation called NPM1 – that can serve as biomarkers for minimal residual disease.

Blood and bone marrow are obtained from AML patients in remission and a tube of RNA is purified. The total RNA is divided into millions of droplets each typically containing a single target RNA molecule. Droplets containing mutation are then counted.

In their study, the investigators developed a method that detects cancer cells with NPM1 mutations called “massively multiplex digital PCR.” They then used the technique to survey synthetic mutations as well as blood and bone marrow samples from patients during the course of their therapy. The method was found to detect more than 95 percent of the possible NPM1 mutations in a single test. The investigators hope to use the strategy to monitor the survival of cancer cells in patients after chemotherapy.

“We’re looking for opportunities for therapeutic intervention,” said senior author Dr. Duane Hassane, an assistant professor of computational biomedicine in medicine at Weill Cornell Medicine. “We can monitor patients during their remission and identify the earliest moments when disease re-emerges, enabling oncologists to tailor therapy to the specific patient based on their apparent risk of relapse.”

The technique comes at a time when public classification of AML is evolving from focusing on microscopic findings to emphasizing detailed characteristics like genetic mutations, according to a global awareness coalition called Know AML. “There are many different types of NPM1 mutations. By detecting most of them in a single test, we can effectively test rare mutation types and monitor patients in whom NPM1 evolves,” Dr. Hassane said. As a result, this technique can be applied to patients in various situations, extending its clinical benefit.

“The hope is that by allowing more sensitive and accurate detection of residual leukemic cells after treatment, we’ll be able to adapt therapies for individual patients and ultimately cure more people with the disease,” Dr. Roboz said.