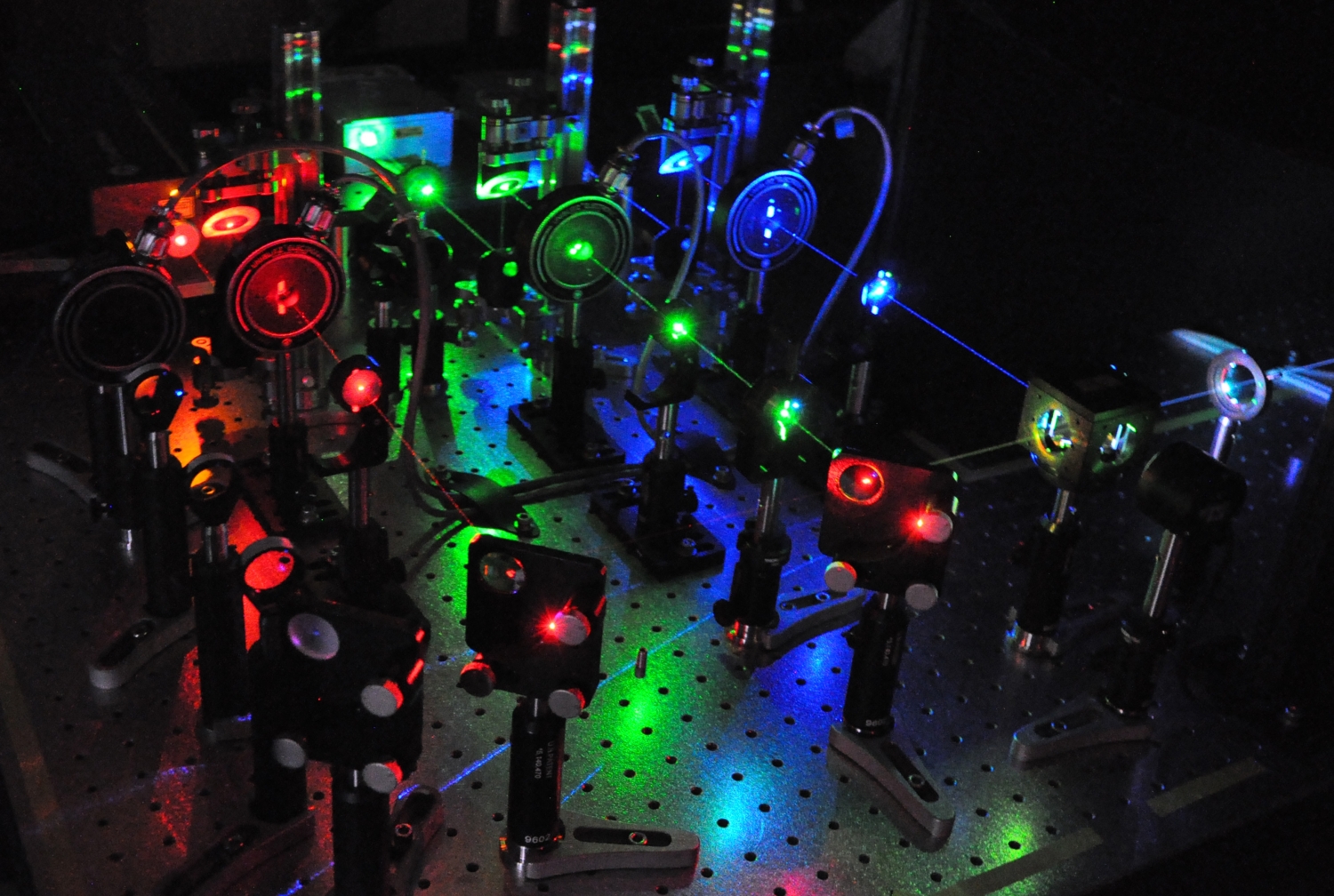 This photo shows a camera-based imaging platform Dr. Blanchard and his team developed to track how individual proteins, called G protein-coupled receptors (GPCRs), respond to their environments. To accomplish their investigations, researchers purified GPCRs from cells and tagged them with molecules that fluoresce. These molecules, called fluorophores, were then excited by lasers to induce the light emission, allowing the investigators to visualize directly the dynamic movements in individual GPCR proteins and to quantify their responses to specific stimuli with unprecedented precision. Photo credit: Dr. Daniel Terry.

New imaging methods that allow researchers to track the individual protein molecules on the surface of cells have been developed by Weill Cornell Medicine investigators. The results offer unprecedented insight into how cells sense and respond to their environments.

G protein-coupled receptors (GPCRs) are proteins that reside within the cellular membrane and relay signals into the cell to regulate fundamental aspects of human physiology. The signals received through GPCRs include everything from light, which activates the proteins in cells that enable vision, to chemicals such as neurotransmitters that regulate mood, to signals that trigger pain. Nearly half of all clinically used drugs work by targeting distinct GPCRs.

“These proteins are critical to every aspect of human physiology,” said co-senior study author Dr. Scott Blanchard, a professor of physiology and biophysics at Weill Cornell Medicine. “We need to know how GPCRs recognize all of these signals, how they process the signals and how they transmit the information into the cell to invoke a specific action. Only in doing so will we be able to develop new generations of drugs that more accurately target these proteins and thus can help without causing collateral damage.”

In a paper published June 7 in Nature, Dr. Blanchard and colleagues at Weill Cornell Medicine, Stanford and Columbia Universities describe an important advance in this direction, achieved with the use of an imaging technique called single-molecule Fluorescence Energy Transfer (smFRET) that allowed the researchers to watch individual GPCR molecules as they responded to molecules of adrenaline, a hormone that controls functions including heartbeat, breathing and dilation of blood vessels.

“We knew already that the GPCR molecule physically changes upon binding adrenaline and that this process enables it to bind intracellular proteins,” Dr. Blanchard said. “What we didn’t know much about is how this activation process actually happens. And that’s the critical missing information that has limited our understanding of drug efficacy.”

To enable them to view this process, Dr. Blanchard’s team developed new reporter molecules called fluorophores that emit fluorescent light and can be attached to the GPCR to inform on its motions when adrenaline binds. The Blanchard lab also developed a new microscope that can follow these light messages with greater accuracy. The researchers then watched and recorded the movements, using complex computation to learn how the protein responds to its interactions with adrenaline and with another protein in the cell, called heterotrimeric G protein, which senses the response and lets the cell know that the GPCR has been activated by adrenaline.

The result is a high-resolution, high-speed film that reveals the details of the molecular relationships that transmit the adrenaline signal through the GPCR into the cell. This revealed to the research team for the first time a series of reversible steps in the process by which an activated GPCR interacts with its intracellular G protein that have never been seen before. This allowed them to conclude their paper by describing why “Quantitative single-molecule imaging investigations will be crucial in … delineating distinct ligand-dependent GPCR signaling pathways.”

“These are important insights that wouldn’t be possible without the imaging techniques that increase our understanding of how these molecular machines actually work and how signals are conveyed from the outside to the inside of the cell,” said Dr. Blanchard, who is on related patents, including a patent licensed to Lumidyne for one of the fluorophores used in the study. Dr. Blanchard is a co-founder with equity in Lumidyne, a company that focuses on fluorescence technologies. “Being able to see the inner workings of the GPCRs has enormous implications for drug discovery for everything from pain management to heart disease and cancer. The clinical implications of this technology can reach very far.”