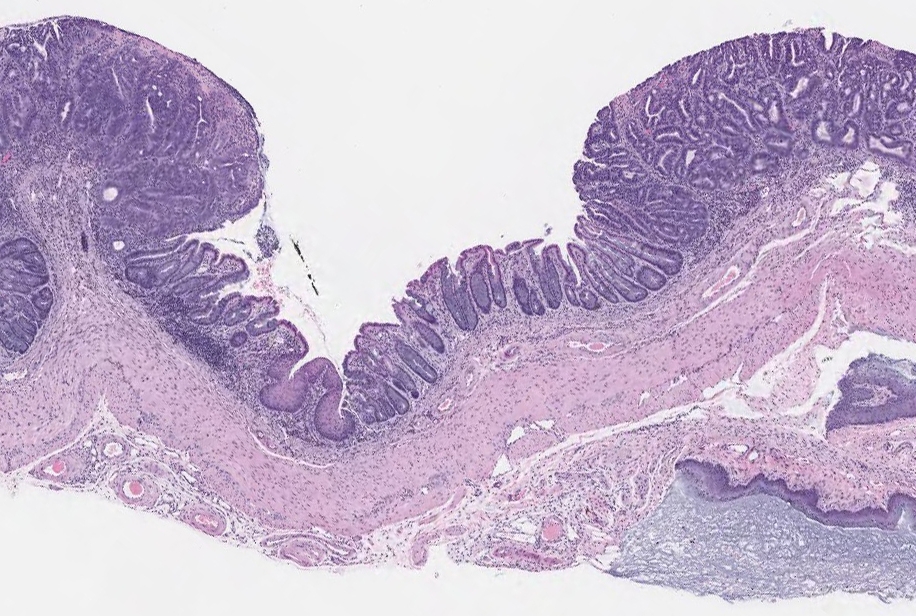 Researchers have long struggled to develop preclinical models of colorectal cancer in which the disease forms in the correct anatomical location.  Now Weill Cornell Medicine and Memorial Sloan Kettering Cancer Center researchers have developed such a model, which could serve as a platform for scientists to study every stage of the disease.

“I was shocked to learn that most mouse models that were considered state-of-the-art for studying colon cancer didn’t actually get cancer in their colon,” said Kevin O’Rourke, an MD-PhD student in the Weill Cornell/Rockefeller/Sloan Kettering Tri-Institutional MD-PhD program, who works in the lab of Dr. Scott Lowe at Memorial Sloan Kettering. “Instead, benign, precancerous tumors form in the small intestine in these models, and the reason for this is still not fully understood.”

In a letter published May 1 in Nature Biotechnology, O’Rourke and co-investigators report obtaining colon stem cells from both mice and humans and growing them in a three-dimensional culture.

“When you grow colon stem cells in a two-dimensional plastic dish, a lot of characteristics don’t recapitulate – or repeat – in the actual tissue. But we found that when we re-transplant these 3D tissues back into the layer of the colon from which they came, they behave identically to colon cancer,” O’Rourke said. “This has allowed us to build a model that recapitulates all key features of the human disease.”

These more accurate models could allow researchers to develop therapies, early detection methods or preventative strategies for colorectal cancer – the second-leading cause of cancer-related deaths in developed countries.

To model stepwise progression of the disease, O’Rourke said it is important to have a modeling system in which the first step is adenoma – where precancerous lesions, or polyps, appear – in the mucosal, or innermost layer of the colon. The tumor then progresses to the adenocarcinoma stage, which is an invasion into deeper layers of the colon, and eventually to other organs.

In the past, investigators would attempt to overcome the caveat of tumors growing in the small intestine by injecting tumors into the cecum, a portion of the colon with a thick wall. But this is not ideal, O’Rourke said, because it bypasses the adenoma stage.

The team also reported that their re-transplantation procedure does not require surgery or complex tools. “During the procedure, we introduce a solution containing the cancer-causing cells into the lumen of the colon, by way of an enema,” said Dr. Lukas Dow, an assistant professor of biochemistry in medicine and a member of the Sandra and Edward Meyer Cancer Center at Weill Cornell Medicine, adding that the whole process takes less than five minutes.

After the engraftment procedure, the cells form a tumor in the colon, which progresses to cancer and then metastasizes, or spreads, to the liver.

“By directly transplanting the cells where they should arrive, we are able to keep the mouse alive long enough to study tumor progression,” Dr. Dow said. “And we now have the opportunity to test complex genotypes in a very rapid and relatively cost-effective way.”