Women with Healthy BMI May Have Increased Risk of Breast Cancer 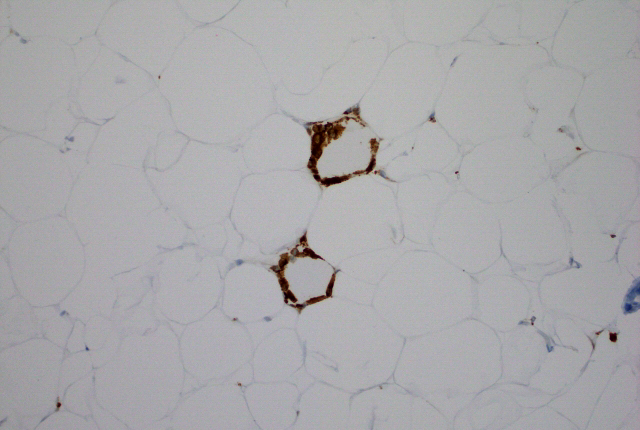 Women with a healthy body mass index (BMI) may be at risk of developing breast cancer because of enlarged fat cells in their breast tissue that trigger an inflammatory process, according to a new study from Weill Cornell Medicine and Memorial Sloan Kettering Cancer Center researchers.

When these fat cells, or adipocytes, become excessively large, “they can become sick or die, setting off an inflammatory reaction,” said senior study author Dr. Andrew Dannenberg, the Henry R. Erle, M.D. - Roberts Family Professor of Medicine and associate director of Cancer Prevention at the Sandra and Edward Meyer Cancer Center at Weill Cornell Medicine. This inflammation is associated with molecular changes in the breast and blood, which are known to increase the risk of breast cancer.

For their study, published March 7 in Cancer Prevention Research, the researchers evaluated fat tissue from the breast and blood samples of 72 patients with normal BMIs — a measure of weight and height defined as less than 25 — who were undergoing mastectomies as a risk reduction procedure or breast cancer treatment. They found that 39 percent of women had inflammation of their breast fat tissue.

While doctors often consider an obese patient’s cancer risk, they may not automatically think about the risk of malignancy when an individual has a normal BMI, said study lead author Dr. Neil Iyengar, a medical oncologist in the Breast Medicine Service at Memorial Sloan Kettering Cancer Center and an assistant professor of medicine at Weill Cornell Medicine.This research “increases our awareness of a potentially vulnerable population,” Dr. Iyengar said. “An alarming number of people may be at risk.”

Some women with a normal BMI may have an increased amount of body fat “manifesting itself as enlarged adipocytes, predisposing them to inflammation,” Dr. Dannenberg said. The enlarged sick or dying adipocytes release substances into fat tissue and blood, helping to recruit white blood cells called macrophages that cause inflammation. The macrophages that envelop the dying adipocytes form crown-like structures that reflect inflammation. While “these macrophages eat the dead or sick adipocyte and clear it,” the inflammatory process that is likely to contribute to cancer has already begun, Dr. Dannenberg said.

Specifically, the researchers found that breast inflammation was associated with an elevation of the enzyme aromatase. Aromatase helps make estrogen, which can encourage the growth of some hormone-sensitive breast tumors.

In addition, they measured high levels of metabolic markers such as insulin and glucose in these patients. “It is similar to prediabetes, which is traditionally considered to be associated with overweight or obesity,” Dr. Iyengar said.  “We call it metabo-inflammation, which means there’s inflammation in the fat that has metabolic consequences even in these normal weight women.” Prior research has shown that insulin and glucose increase breast cancer risk and shorten survival of women with the disease.

Based on the current study, the investigators are now assessing body composition using a dual-energy x-ray absorptiometry (DEXA) scan, typically used to measure bone density, and trying to determine whether increased body fat or blood biomarkers might identify women with healthy BMIs who have underlying inflamed fat.

“If we can develop a non-invasive test to identify those with inflamed breast fat,” Dr. Dannenberg said, “we will be positioned to reduce the risk of cancer.”

Once diagnosed, the goal is to offer interventions such as diet and exercise that may influence body fat levels and metabolic health, Dr. Iyengar said. Future research is needed to answer the question of why people with healthy BMIs develop this inflammatory state. “We don’t currently know the precise reasons,” Dr. Iyengar said, “but it will be important to examine diet and activity levels to see if any patterns emerge and to ultimately develop effective cancer prevention and treatment strategies."