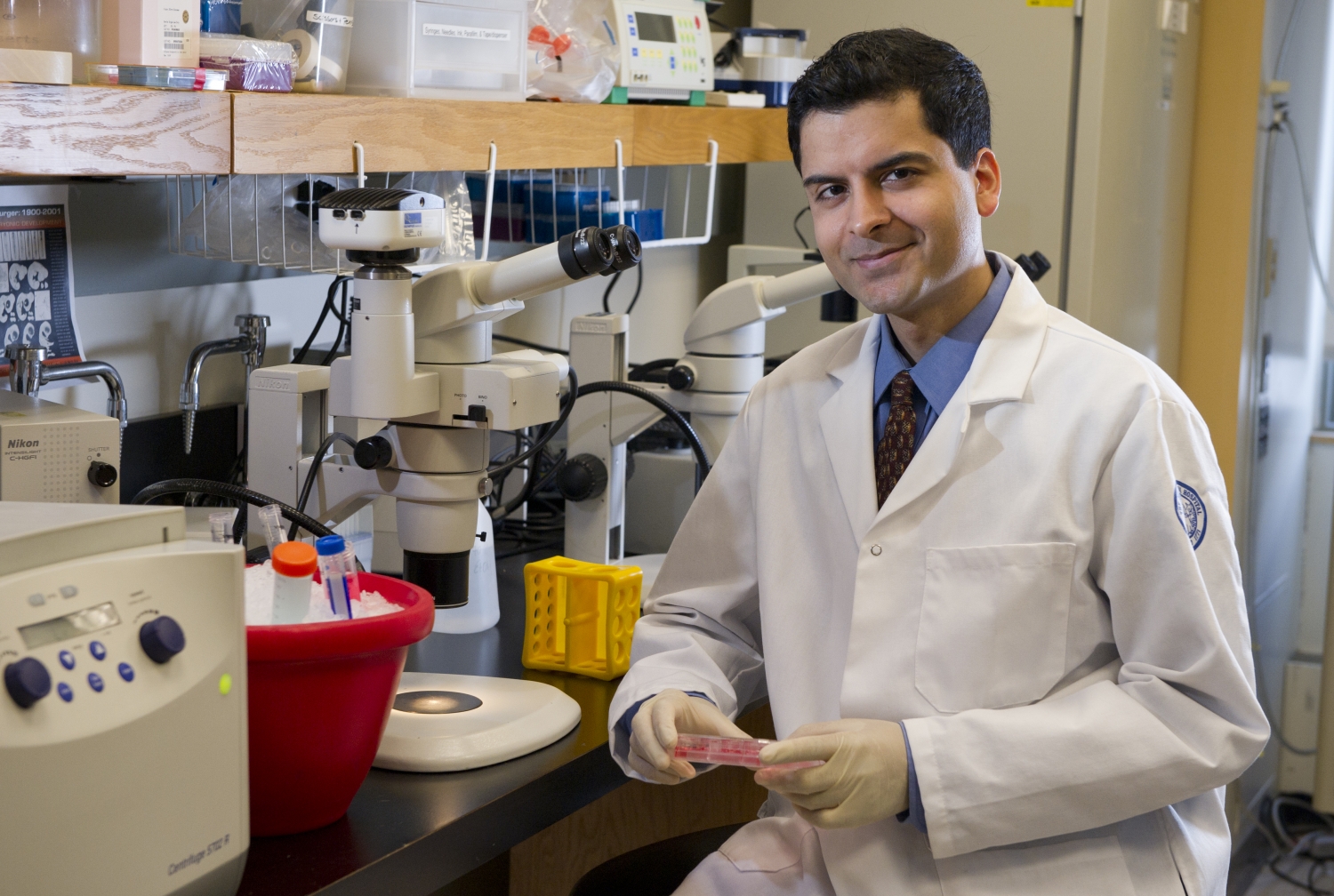 An internal code in cellular molecules called messenger RNA predetermines how much protein they will produce, scientists from Weill Cornell Medicine discovered in a new study.. The findings may settle a fundamental question in molecular biology — how the amount of protein generated from a messenger RNA is determined — and could help scientists develop new therapies for diseases such as cancer, where abnormal amounts of protein accumulate.

“This is one of the biggest questions in molecular biology,” said senior study author Dr. Samie Jaffrey, the Greenberg-Starr Professor and a professor of pharmacology at Weill Cornell Medicine.

Researchers know that genes, which are DNA sequences located within the nucleus of a cell, direct the synthesis of mRNA. “But mRNA can be so different from one gene to another,” Dr. Jaffrey said. “While one gene can make mRNA that is highly stable, another gene can make mRNA that is very unstable. mRNAs that are stable make more protein in the cell.” Why mRNAs differ is a question researchers have been trying to answer for years because these variances ultimately determine cellular properties.

In their study, published Dec. 21 in Nature, Drs. Jaffrey and lead author Jan Mauer, a postdoctoral associate in pharmacology at Weill Cornell Medicine, found that chemical marks called methyl groups are responsible for influencing individual mRNA’s stability. At the beginning of all mRNAs are so-called cap structures previously thought only to dock cellular machines called ribosomes that string together amino acids to form proteins.

These researchers haves now discovered that additional methyl marks are present on those caps, and that the position and number of methyl marks encode information that determines how stable mRNAs will be, and in turn, how much protein they will produce. mRNA caps with two methyl groups cause the mRNA to be highly stable and lead to increased protein production, while mRNA caps with only one methyl group causes normal mRNA stability and result in lower protein levels.

The investigators discovered the methyl mark encoding process by examining one of the genetic building blocks of mRNA called adenine. Scientists have long known that a single methyl can attach to adenosine, creating N6-methyladenosine (m6A). However, if present at the cap, adenosine can also have two methyl marks, creating m6Am.

To understand why mRNAs have m6Am, Dr. Jaffrey and his colleagues examined every mRNA in the cell and the methyl marks at the cap. “To determine what the m6Am was doing, we needed to know which mRNAs have m6Am and which have other types of cap structures,” Dr. Jaffrey said.

Next, the investigators compared mRNAs with m6Am to other mRNAs in the cell. They found that mRNAs with m6Am “were highly expressed, meaning that  these mRNAs are highly abundant in the cell,” Dr. Jaffrey said. “They were translated at higher levels and persisted in the cell for a very long time.” Many of these mRNAs contained instructions for making proteins that support cellular metabolism, survival and growth, and these proteins are typically essential for cellular proliferation.

The investigators also found that the methyl marks can be added or removed, allowing an mRNA to switch from a highly stable state to a less stable state. They identified an enzyme – a fat mass and obesity-associated protein, or FTO – that can remove the methyl marks of m6Am, helping to restore normal mRNA stability and translation.

Additionally, researchers were able to control cellular levels of m6Am by increasing or decreasing FTO. “If you don’t have the right levels of m6Am, gene expression may go haywire and you get disease,” Dr. Jaffrey said.

Since m6Am promotes cell growth and proliferation, abnormalities in FTO and m6Am levels can potentially contribute to cancer by encouraging uncontrolled cell division and by making it difficult for malignant cells to die. “We’ve known for years that FTO is a critical regulator of cell function,” Dr. Mauer said. “Misregulated FTO is associated with severe developmental defects and diseases such as cancer.”

While other researchers previously thought that FTO removed the methyl mark from m6A, FTO activity was shown to be weak. The Weill Cornell Medicine researchers found that the FTO activity associated with m6Am was 100 times higher than with m6A. “It is clear that the major function of FTO is to remove the methyl mark from m6Am and not m6A,” Dr. Mauer said.

The researchers have started developing ways to regulate FTO now that they understand how the enzyme affects m6Am. “We are seeing examples of cancers that show unusually high levels of FTO, which indicates that the misregulation of m6Am can cause disease,” Dr. Jaffrey said. “One of our immediate goals is to develop small molecule FTO inhibitors. We can now potentially tackle diseases in which FTO is playing a role.”