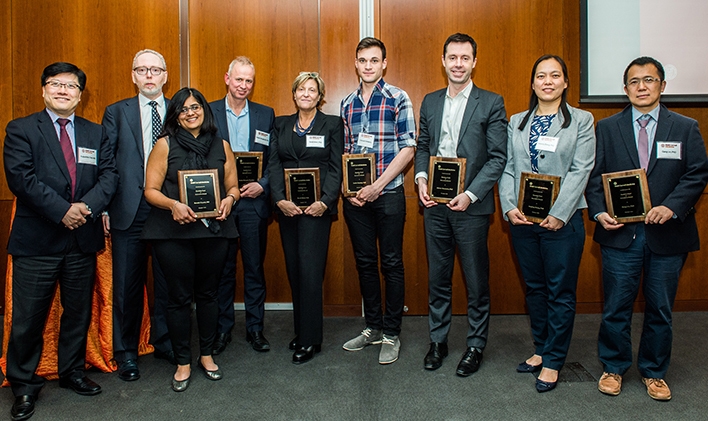 Seven winners have been selected for the third round of the Daedalus Fund for Innovation awards, an innovative Weill Cornell Medicine program that helps advance promising applied and translational research projects and emerging technologies that have commercial potential. The projects are wide ranging, designed to address patient needs in areas ranging from newborn medicine to cancer and infectious disease, brain injury and chronic illness.

The researchers — Drs. Lewis Cantley, Ronald Crystal, Olivier Elemento, Gang Lin, Randi Silver, Stefan Worgall and Haiyang Zhang — will each receive up to $100,000 for a period of one year to fund proof-of-concept studies that may help translate their early-stage discoveries into effective treatments for patients. The fund’s Scientific Advisory Committee, comprised of seasoned technology analysts from the biopharmaceutical and venture capital industries, selected the projects from 22 applications.

“The most challenging time for translational research is the period after initial discovery, in what is known as the ‘pre-competitive’ space, when investigators need to develop validation data in order to attract partners and investment from industry and/or the venture capital community,” said Larry Schlossman, managing director of BioPharma Alliances and Research Collaborations at Weill Cornell Medicine, who manages the Daedalus Fund. “The Daedalus initiative is designed to bridge the ‘development gap’ by providing philanthropic support at this critical juncture.”